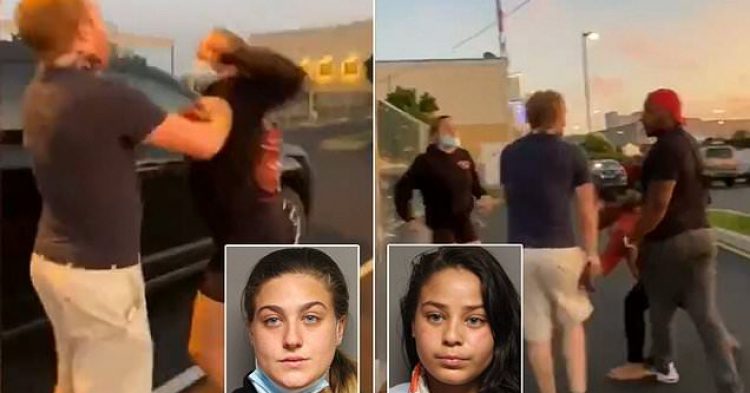 Outside of the Democratic National Convention, two women went berserk on a seven-year-old boy wearing a MAGA hat. The women, both twenty-one, tore the cap off the boy’s head and then threw it over a wall like schoolyard bullies. Now, however, 21-year-old Olivia Winslow and Camryn Amy will need to fight the hate crime charge in court since footage of the incident from back in August proved they were the perpetrators.

The two women confronted a child and his Trump-supporting mother outside the Democratic National Convention this past month. The alleged hate crime occurred in Delaware after the two women took the child’s “Make America Great Again” hat and threw it over the wall. The pair of women were arrested on August 23, 2020. Amy is pictured on the left; Winslow on the right. 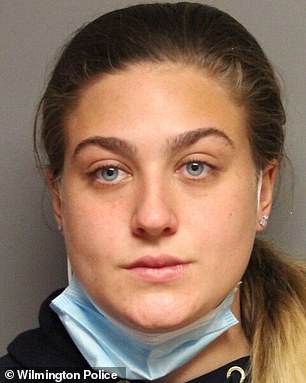 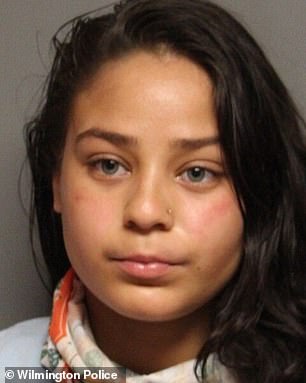 The women took the hat from the child on August 20, the same night that Joe Biden accepted the Democratic Party’s nomination for president. The two suspects found themselves indicted by a Delaware grand jury on felony charges of robbery, conspiracy, and hate crimes. They were also slapped with an additional misdemeanor charge of endangering the welfare of a child, according to a report published by Daily Mail. 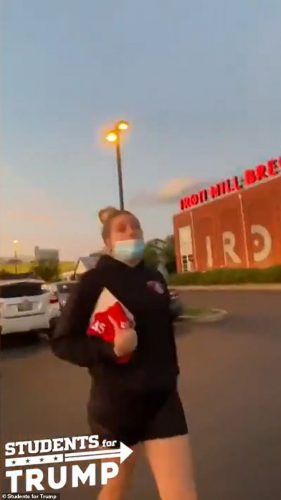 Camryn Amy also found herself facing an additional misdemeanor charge after she allegedly assaulted a man who tried to retrieve the boy’s hat. She was also accused of trying to assault the boy’s mother and for touching the boy’s body.

The indictment of the women stated that it was issued “for the purpose of interfering with the victim’s free exercise or enjoyment of any right, privilege or immunity protected by the First Amendment to the United States Constitution, or committed said crime because the victim had exercised or enjoyed said right or rights.”

Kathleen Jennings, Delaware attorney general, and a Democrat charged the women and said their actions were “unacceptable.” 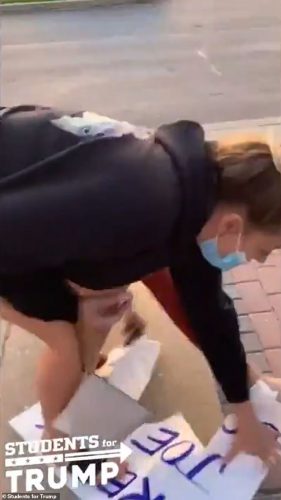 “Violence in any form is unacceptable, but harming another person – let alone a child – because of the expression of their views betrays the principles on which our country was founded,” Jennings said.

Although Jennings has joined lawsuits filed against the Trump administration, she was able to be a professional in this case and separate her political views from her job of administering the law.

“Free speech, free assembly, and free expression are sacred, no matter whether we agree with the opinions expressed, and especially when we don’t,” she said.

Students for Trump posted the video of the attack online, where it promptly went viral. The clip shows the two twenty-one-year-old women taking the hat from the boy as well as damaging Trump signs. 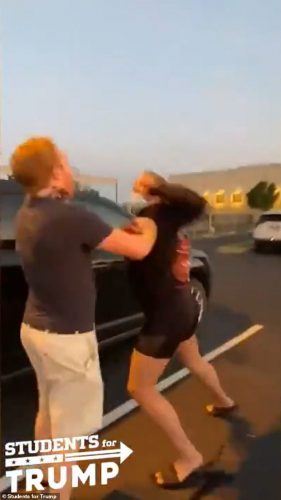 Footage shows the mother urging her son to take back his hat from the adult women.

The boy urges his mother to help.

Both women were arrested a few days after the incident. It is uncertain if they are still in custody or if they have been able to retain the services of a powerful law firm.