3 Little Girls Enter Dancing World Championships, Blow The Judges Away With This Routine 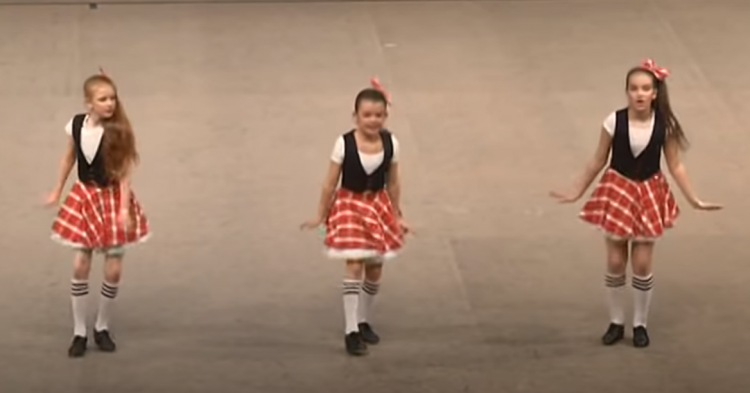 When dancers from around the world descended upon Riesa, Germany, in 2015 for the International Dance Organization World Tap Dance Championships, no one expected these three girls to outshine the other 3,000 dancers at the event. With talented dancers coming from Russia and the United States, the judges did not even think that these three girls from the R+P BRNO dance school in the Czech Republic would be capable of earning their respect or attention.

Although the American girls won the top slot, these three Czech girls wowed the judges and the world. When their dance was filmed and uploaded to the internet, it attracted hundreds of thousands of views in short order. People are still tuning into the dance to see how great these three young tap dancers are. 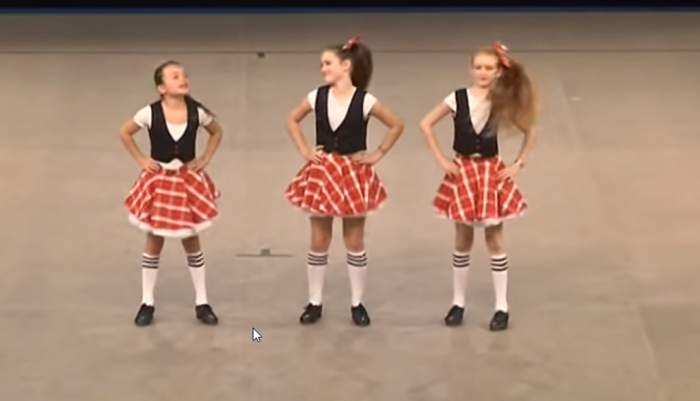 The girls wore adorable costumes consisting of black tap shoes, knee-length socks, red and white plaid skirts, and white t-shirts under black vests. They also had their long hair tied up in loose ponytails. They were able to use their hair as a “prop” during the dance, swinging it back and forth – all while maintaining near-perfect unison with one another.

When the announcer invites the girls onto the stage, the three young ladies line up from shortest to tallest. Then they turn their backs on the audience and await the moment the music starts to play. And once it starts, the girls go into dance mode and wow everyone in attendance, especially the jaded judges. 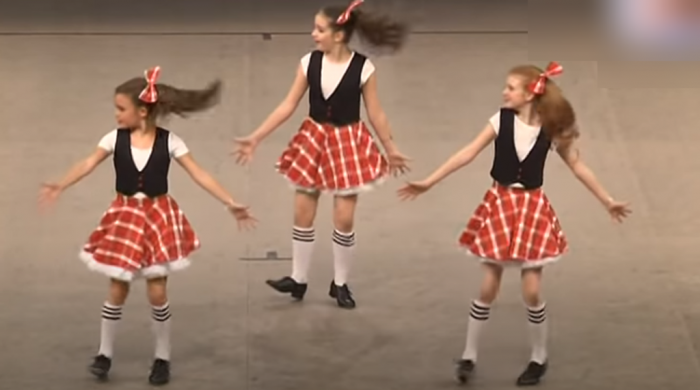 The dance begins at the 30-second mark in the video. Without so much as a breath, the girls turn around as a team and swoop their arms down to their sides while delivering a curtsey.

Then they start to dance! Their energy level immediately jumps from one to ten as they spread out across the stage, taking up space and making the most of their chance to wow the international audience of tap dance superstars.

The girls maintain a smile across their face and clap along to the music. They’re very capable dancers, proving why they earned a slot at the international dance competition. While this video is coming up on being five-years-old, it still shows a great dance routine that you’ll certainly enjoy.

Viewers from around the world shared thoughts about the performance. Here are a few we thought you might like.

“I have tapped for five years going on six, and holy crap, I can’t do that. I wonder how long they’ve been dancing.”

“These girls have extra talent in them. AMAZING!”

“I’m not into tap dancing, but this is a true talent.”

Some people were very critical of the girls’ performance.

“They took too long to get started. The fault of the adults running the program.”

That’s why other people came to the girls’ defense.

“I don’t see why people don’t like it. They’re just kids, and they did their best. and I say I like it.”

Did you like this dance? What do you think about the way these three girls commanded the international stage?