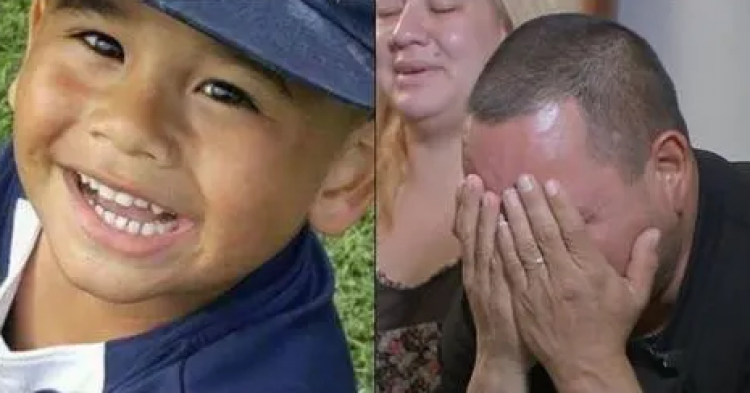 A four-year-old Texas boy passed away from drowning more than a week after he went swimming. According to reports from KTRK, the young Francisco Delgado III, 4, passed away from drowning a week after his family had taken him swimming at the Texas City Dike near Galveston, Texas. His parents affectionately called Francisco “Baby Frankie” since he was still such a young child at the time of his death.

After the family’s swimming trip at the Texas City Dike, Baby Frankie complained of stomach upset. Although his parents were concerned at first, the boy’s symptoms seemed to be improving, so they didn’t bother getting him checked out by a medical professional.

Then, a week after the family’s swimming trip, Frankie awoke in the middle of the night and stopped breathing. It was shocking for his family because they had no idea what was wrong with the otherwise healthy young boy. And they never thought that the swimming trip from a week prior had anything to do with his condition that night. However, Frankie was drowning.

“Out of nowhere, he just woke up. He said ah,” Frankie’s father, Francisco Delgado Jr., told KTRK. “He took his last breath, and I didn’t know what to do no more.”

Frankie’s father did the right thing. He picked up the phone and called 911 and told the dispatchers that his son had stopped breathing and needed emergency medical intervention immediately.

“I walked in. I could see him lying there,” Frankie’s mother, Tara Delgado, told KTRK. “They were still working on him. I’m screaming. Let me just touch my baby. Maybe he needs his mama’s touch. When [the doctor] came in, she told us it’s what’s called dry drowning. His lungs were full of fluid. There was nothing else they could do for him.”

A report from WXIN said that when doctors examined the boy, they found fluid in his lungs and around his heart. Although he had gone swimming a week prior, he still had water in his body from the incident.

Day drowning is a phenomenon that occurs days or weeks after someone inhales water. Symptoms of dry drowning include troubled breathing, coughing, sleepiness, fatigue, and vomiting.

If water gets into a person’s lungs, it irritates them. This causes the lungs to fill with even more fluid.

Purva Grover, medical director of Cleveland Clinic Children’s pediatric emergency departments, told USA Today: “You might not witness your child inhale any pool water, but it’s important to watch out for signs soon after an event that could cause dry drowning,” Grover said. “It’s very unusual for the child to have absolutely no symptoms, but they may go to bed and in the middle of the night have trouble breathing. It takes a couple of hours for the fluid to emerge in the lungs.”

Dr. Kay Leaming-Van Zandt, a doctor at Texas Children’s Hospital, told KTRH that children could drown in just a few inches of water.

“It only takes a split second,” Leaming-Van Zandt said. “Drowning is silent. It’s not similar to what you see in the movies where there is a lot of commotion.”