4th Grader Goes Into Bank, Tells Clerk To Empty His Life Savings So He Can Shop For The Homeless 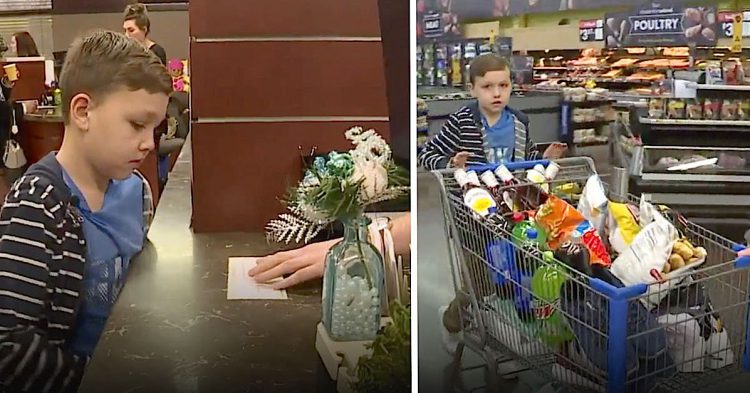 Although his dad hated it, nine-year-old Nathan Simons loved watching videos on YouTube. Dad Ethan worried that Nathan would come across content that was not befitting a fourth-grade boy. He feared that Nathan would find videos with violence, sexual content, and other features that little boys should not come across. But dad could not keep Nathan sheltered for his entire life, and that’s exactly what happened when Nathan came across a video showcasing the degree of poverty and homelessness that has descended upon America during the last few years.

The video that Nathan came across featured a bunch of celebrity YouTube personalities who were asking people to donate cash to a charity that supported homeless shelters across the country. Nathan was shocked to learn the truth about American and how millions of people are stricken with unbearable and unfair poverty every day, and no one is doing anything to help them. At that moment, Nathan decided that he’d be one of the people who helped. He could not sit back and ignore the problem. He decided he was going to do something and be a hero.

Nathan told his dad his grand plans. Ethan was overjoyed to learn that his little boy wanted to do so much good in the world. Without missing a beat, Ethan drove Nathan to the local bank, where the fourth-grader had a savings account. Nathan told the teller that he wanted to withdraw every last penny he had in the account and wanted to donate it to the people who were helping the homeless. Instead of being part of the problem like so many Americans were, Nathan wanted to be part of the solution. So he did. He withdrew every bit he had in the account and gave it away to people who needed it more than him.

“What kind of lesson am I teaching him if I tell him, ‘No, you shouldn’t be selfless.”

Instead of just giving to the YouTube personalities, Nathan went above and beyond. He made calls to the local homeless shelters, so his money could go to helping the people in his community who needed it most. He asked the shelters what they needed and then put his life savings toward that. Nathan took his savings out of the bank and then brought the cash to their local Walmart, where he used the money to buy items that the homeless people desperately needed.

Nathan deserves all the recognition that the media has given him in the wake of his generous deed. Because he put his ample savings toward the greater good, people took notice and wanted to applaud the little boy’s generosity. If it weren’t for people like him, homeless people in America would be subjected to the vehemence of the people and a minimal amount of government help.

What do you think of this child’s generous gift?