7-Month-Old Dog Is Hung By Its Feet, Then Things Go From Bad To Worse : AWM

7-Month-Old Dog Is Hung By Its Feet, Then Things Go From Bad To Worse 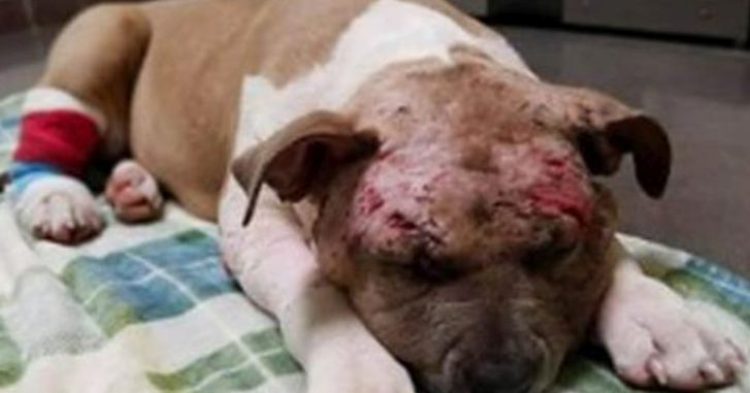 Some people are generous. They give more than they expect to receive. Other people take, take, take – as if they have a black hole within them, clamoring for more, more, more. The dog owner in this story is one of those people who have a black hole as a heart – because he tied up a tiny puppy and used her as “bait” to train his fight-dogs to attack her.

The photos in this story are hard to view. The poor puppy was severely attacked because the owner put her in a vulnerable position. He tied up the seven-month-old puppy and then hung her upside. After she was put in this vulnerable position, he COMMANDED his attack dogs to fight and rip into her flesh. She was just a puppy who was being used to groom his dogs to fight, although it went against their instincts to attack a puppy like her. 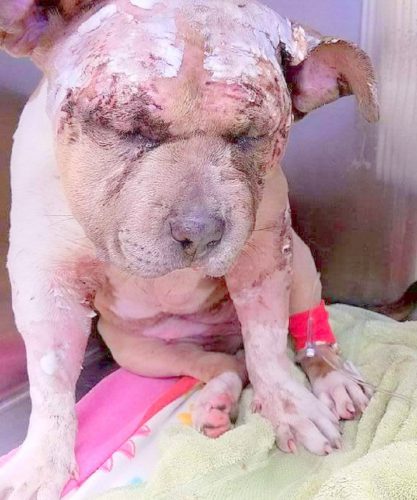 Thankfully, the generous people at Good Karma Dog Rescue in New Jersey heard about this seven-month-old puppy, who has since been named Hope, and they rushed to her rescue. But when they got to her, they found the tiny puppy already bitten and torn apart. She was in very bad shape and needed a lot of medical help if she was going to make a full recovery. Thankfully, the people at Good Karma Dog Rescue had access to the right resources and were willing to be by Hope’s side all the way until she made her full recovery.

When the group first came across Hope, they could tell she was in pain. Her skin and muscles were missing in parts. Her flesh was inflamed and swollen and would not go down. There was still a large chance that she might not be able to survive the abuses she had received at the hands of her evil-hearted owner.

The vets gave Hope steroids to help with her symptoms. But that did not seem to do anything. That’s when they switched medications and gave her antibiotics to help prevent the spread of infection and pain medication just so she could get some rest. 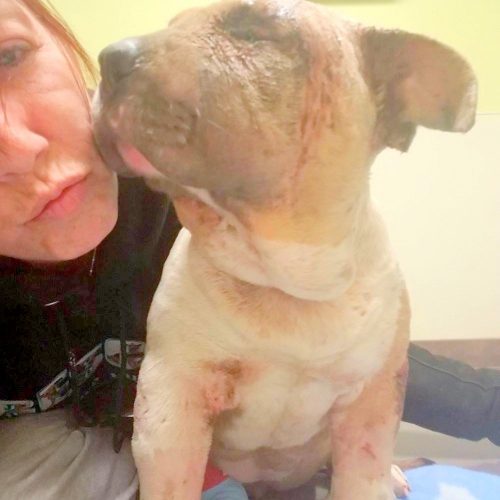 It was never certain if she was going to pull through or not. She was in very bad shape. However, things eventually started to look better, as if there was a light at the end of the tunnel.

Hope has since reportedly made a full recovery. It is nothing short of a miracle. Not only has her body healed from the horrible abuses she endured at the hands of her dog-fighting owner, but she has also learned to love again as well. It’s an amazing 180 that she is able to open her heart to human beings again after the inhumane treatment she suffered at the hands of her owner/tormenter.

Thankfully the Good Karma Dog Rescue group heard about Hope’s predicament before she was sacrificed as bait for the fighting dogs. I for one am very happy to hear that Hope got a happy end.

What do you think about her story and the conditions she was forced to endure?