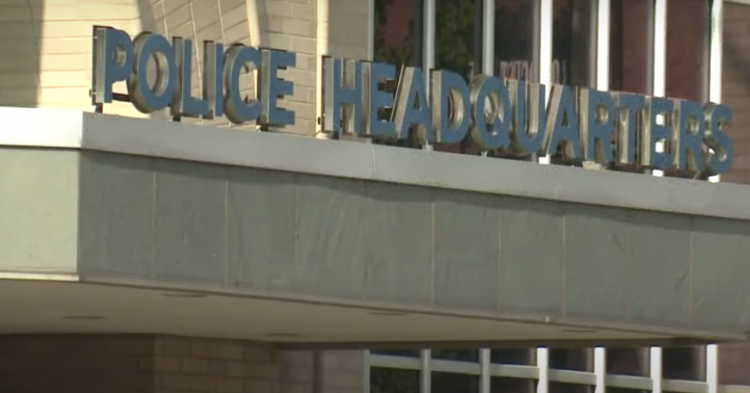 A police dispatcher has shocked the country after she complained about having to work harder to protect American’s first amendment right to protest. The woman called the civil rights activists at the protests “a bunch of animals” because the protests demanded that she work a twelve-hour shift to keep up with the demand for emergency services across the city of St. Louis.

Not only had this female 911 dispatcher worker had her life turned upside down by the protests, but she also had to work overtime and get paid for her service, which was really annoying for her. 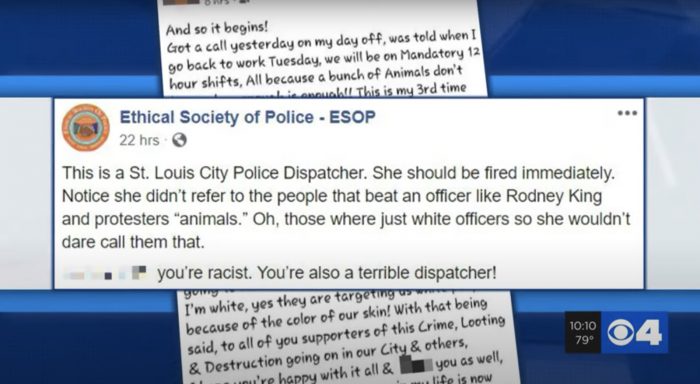 The community was outraged. As a public servant, the woman is supposed to serve every member of the community regardless of the color of their skin. By complaining about having to do her job to protect the lives of black Americans, she was exposed as a racist, and now, the Ethical Society of Police have called her a racist and asked for her to be dismissed from the job.

“And so it begins! Got a call yesterday on my day off, was told when I go back to work Tuesday, we will be on a mandatory twelve-hour shift. All because a bunch of animals don’t know when enough is enough! This is my third time working through protesting & riots since Fergusson six years ago! I’m tired of my life being turned upside down, my work schedule changing (not by my choice), plans I had made changes because these Mofo’s are out of control! I suffer from anxiety & it has been really bad since all this protesting started here, worrying about our officers and my coworkers getting to and from work safely.” 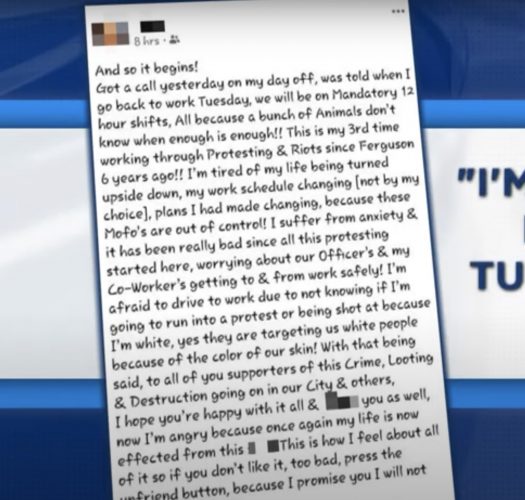 She added, “I’m afraid to drive to work due to not knowing if I’m going to run into a protest or being shot at because I’m white. Yes, they are targeting us, white people, because of the color of our skin! With that being said, to all of you supporters of this crime, looting, and destruction going on in our city and others, I hope you’re happy with it all and **** you as well. Now I’m angry because once again, my life is now affected from this ****. This is how I feel about all of it, so if you don’t like it, too bad. Press the unfriend button because I promise you I will not stop complaining.”

The post sparked outraged across St. Louis because this woman exposed the truth that racist whites work in law enforcement.

James Clark, with the Urban League, said: “Right now everyone needs to be able to take a collective deep breath. Everyone has to be able to reflect on what’s going on, and the best posture to take is that of peace and of resolve. The peaceful protestors are acting within their rights, and peaceful protests are how things get done.”

Meanwhile, the St. Louis Metropolitan Police have taken notice of the woman’s post. They have launched an investigation into her behavior but have not yet confirmed that they fired her from her job.