A Café Tried A Funny Joke On Their Toilet, But Some People Find It Too Offensive 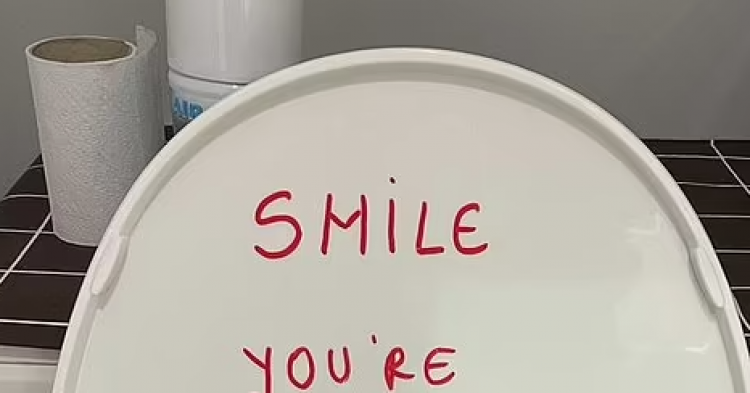 Sian Bradley was working out of a café in East London when she suddenly had to use the restroom. She paused her work and got up from her seat, and wandered over to the toilet. While she was in the bathroom, she noticed a shocking note that someone had written on the toilet seat when it was lifted. The note said, “Smile, you’re losing weight,” and as an anorexia survivor, Bradley was deeply offended by the message that could push a sufferer of an eating disorder over the edge.

As a writer, Bradley often spends time in local cafes where she gets her work done while enjoying something to drink. She was at the Vintage Rooms Café near Brick Lane on Thursday when she noticed the disgusting note written on the underside of the women’s toilet seat. It left her feeling “disgusted” because the note was deeply offensive to someone like her, a survivor of anorexia. 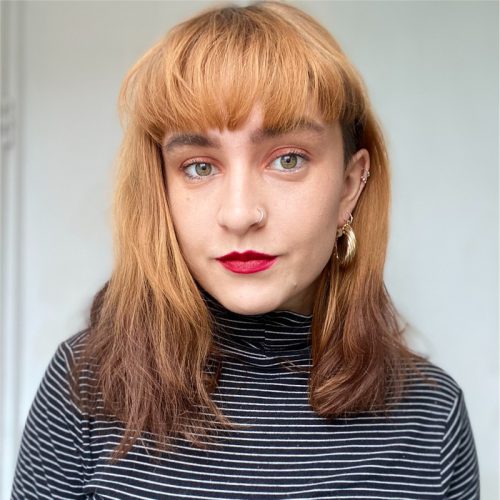 Although Vintage Rooms advertises itself as a “coffee shop by day and bar by night,” the note in the bathroom seemed to defy its attempt to offer “a cozy atmosphere where you can have a quality taste of the good old times.” 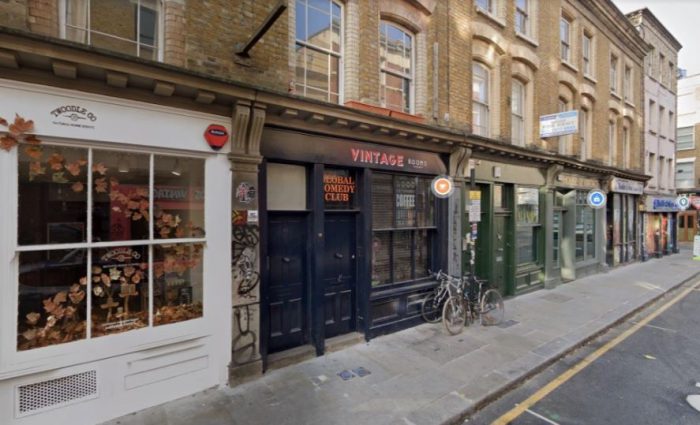 Bradley decided to open up about her outrage on social media by writing a note on Twitter to expose the café for their disturbing note. 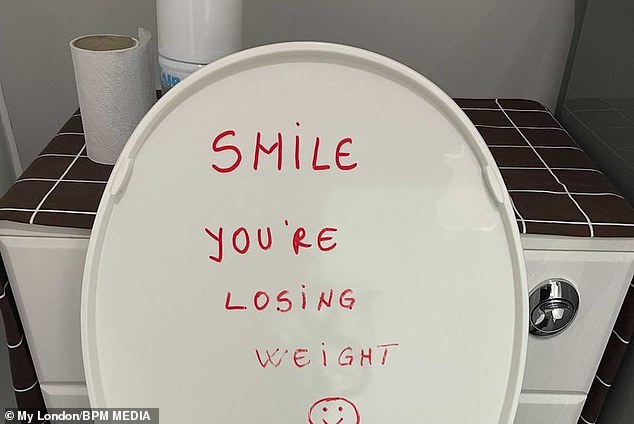 She wrote: “I was working from Vintage Rooms Café in Brick Lane yesterday. I went to use the toilet and was greeted with this. If I had found this while I was purging because anorexia recovery scared me, it would have tipped me over the edge. I’m disgusted.”

Other Twitter users agreed with Bradley that the note went way too far.

“Christ alive, this is awful,” wrote one person, while another added, “Ugh, no, this is so wrong.”

“This is horrendous! So sorry that you had to see this & that it exists in the first place,” added another concerned social media user who posts content under the name Sarah Rose McCann.

The entire bathroom of the café was covered in similar graffiti, which indicated that it was part of a larger art project and not written by some disgruntled prankster. 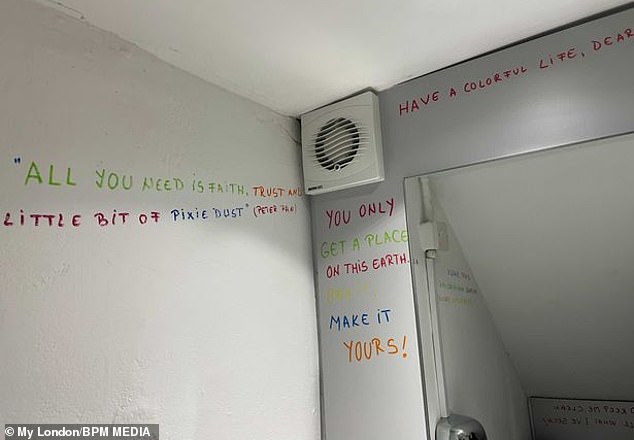 The café has since published a statement about its attempt at toilet humor.

Vintage Rooms said: “We have been made aware of this and have taken appropriate actions to remove the writing from the toilet seat, though we would like to put forward the toilet have numerous positive messages that have not been shown. We did not intend to cause any harm to any of our customers; in fact, the whole café is full of positive quotes. We do apologize for any harm this may have caused. It was never intentional. We fully support anyone suffering from anorexia and would not want to exacerbate the situation in any way, shape, or form. All writing in the café was written with the intention of pure humor and not to cause any discomfort to anyone. We have taken measures to educate our staff on this issue going forward.”