A Caribbean Island Is Demanding $10B As Reparations For Slavery 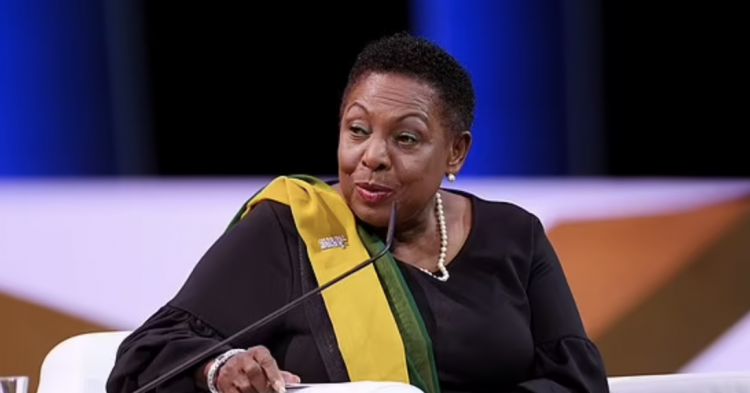 The Caribbean island nation of Jamaica has plans to ask the United Kingdom for vast reparations for hundreds of years of slavery. Jamaica was formerly a British colony for a very long time and now has plans to ask the former colonizing country to provide reparations for the horrors they committed on the Caribbean island. According to Olivia Grange, Jamaica’s minister of sports, youth, and culture, the nation will file a petition to Britain asking for billions of dollars in payment pending final legal advice.

Grange said Jamaicans are hoping for “reparatory justice in all forms” to “repair the damages that our ancestors experienced.”

Jamaica was a major hub for Great Britain during the trans-Atlantic slave trade. However, the Caribbean nation was not the only place in the area to be subjected to centuries of slavery and oppression. Although every former and current British colony in the Caribbean was subjected to the nightmares of the slave trade, Jamaica is looking only for reparations for themselves and not the entire mistreated area.

Jamaica’s push for slave reparations comes about a decade after The Caribbean Community banded together as a region to ask Britain, France, and the Netherlands for reparations for slavery back in 2013.

Back when slaves were emancipated in 1834, Britain paid British planters in the Caribbean a total of $200 billion pounds (in today’s currency). However, the Crown did not pay a dime toward the descendants of the slaves who were subjected to brutality and inhumane treatment for centuries.

Jamaica received an estimated 600,000 African slaves over the course of its colonial history. These slaves were forced to work on plantations owned by rich whites to harvest sugar cane, bananas, and other crops that created vast fortunes for whites.

Grange added: “Our African ancestors were forcibly removed from their home and suffered unparalleled atrocities in Africa to carry out forced labor to the benefit of the British Empire,” she said, adding: “Redress is well overdue.”

Originally, Jamaica was a colony of Spain until Britain seized it from them in 1655. For more than three hundred years, Jamaica was mistreated until the country became independent in 1962. Although Jamaica has plans to ask Britain for reparations for slavery, it is possible that they might also approach Spain for the same thing.

This request for reparations for Jamaica came about by Jamaican lawmaker Mike Henry.

“I am asking for the same amount of money to be paid to the slaves that was paid to the slave owners,’ said Henry, a member of the ruling Jamaica Labour Party. I am doing this because I have fought against this all my life, against chattel slavery, which has dehumanized human life.”

Jamaica’s request for reparations from Britain has not yet gone out because it is pending final legal review.

Do you think the Caribbean country of Jamaica is due reparations from Britain, which colonized it for centuries?