A Mob Of Shoplifters Ran Out Of This Store With $30,000 Worth Of Clothes : AWM

A Mob Of Shoplifters Ran Out Of This Store With $30,000 Worth Of Clothes 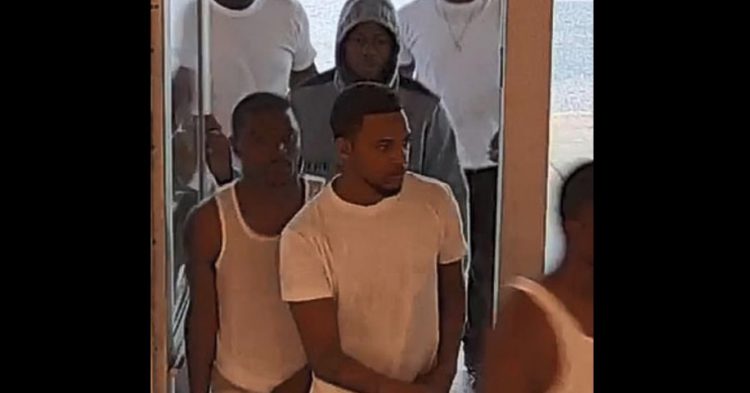 Out of nowhere, a mob of about ten men walked into the North Face outlet store at Pleasant Prairie Premium Outlets in Wisconsin. Over the next ten seconds, the men proceed to steal everything they can grab from the high-end fashion store, which amounts to a haul worth more than $30,000. With armfuls of jackets and clothes, the mob, which was highly orchestrated and in sync with each other, fled the store and escaped with the massive haul.

Store employees were not prepared to deal with the orchestrated heist. Besides, the employees claimed the band of men was “overwhelming,” and they were too scared to confront a mob of so many shoplifters. 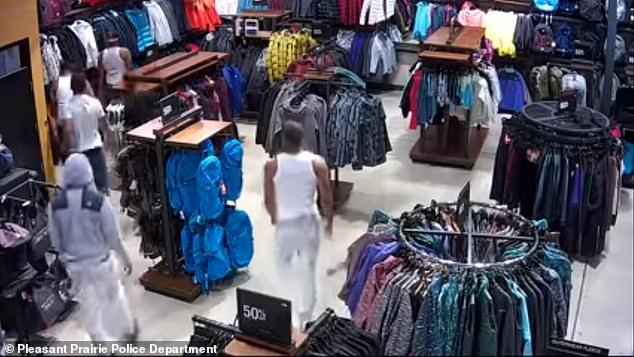 The heist occurred at 7:45 pm about an hour before the store closed on Monday. Now that police officers are reviewing the CCTV video footage, they believe that the group of shoplifters used the concept of a “flash mob” and transformed it into a heist worth more than $30,000. This is why the police have a hunch that the entire thing was pre-planned although they have not ruled out the possibility that the entire thing was a strange coincidence and that every shoplifter acted independently. 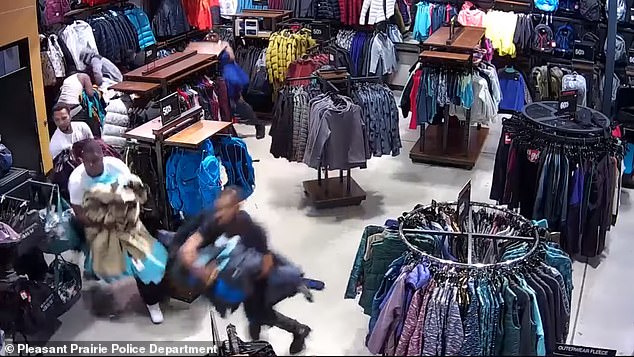 Officials have seen group heists before. However, this theft of the North Face outlet store in Wisconsin takes the concept to a whole new level. Officials are shocked and impressed with how much finesse the shoplifters exhibited as they rushed into the store with one purpose, and one purpose only. 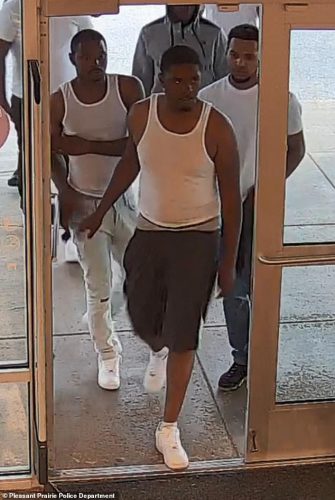 The outlet stores are about 39 miles from Milwaukee and are a popular destination for shoppers who love a good deal. Because the shoplifters knew exactly what they were doing, they got in and out of the store within 30 seconds.

“Ten black males entered the store, and each grabbed as much merchandise as they could carry before running to the cars and leaving the property,” said Sgt. Aaron Schaffer of the Pleasant Prairie Police Department. 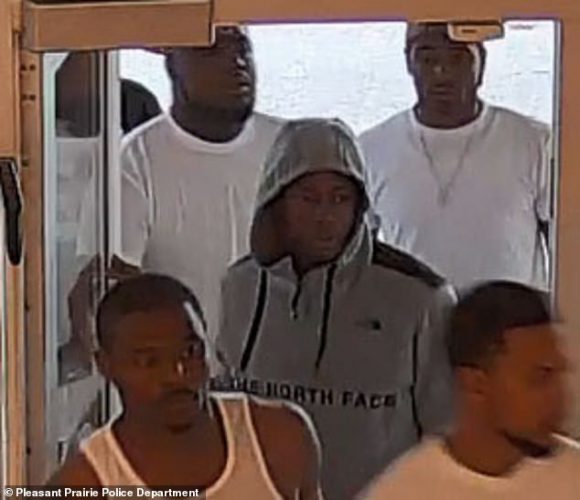 When police talked to the store employees about the incident, they told the cops that they were “too scared” to confront the men. Because ten men descended on the store at once, the employees, who are paid little much more than minimum wage, did not want to risk their safety to stop the theft from occurring. However, they called the police right after the men had left the store and driven away.

“It really is a matter of a number of people coming in, overwhelming a staff of employees,” Police Chief David Smetana told Fox6 News, admitting that the tactic was extremely powerful and effective. 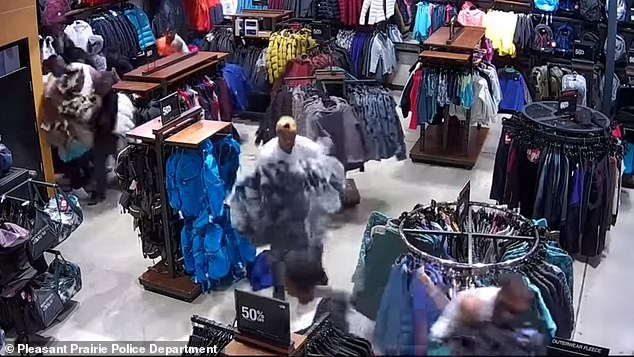 “This was an organized group. They had planned this out, they had traveled to this outlet knowing which stores they were going to hit,” Chief Smetana said. “This isn’t a group of ten people walking by a store and coming up with an idea to hit it.”

The suspects remain at large although the police are trying to identify them. 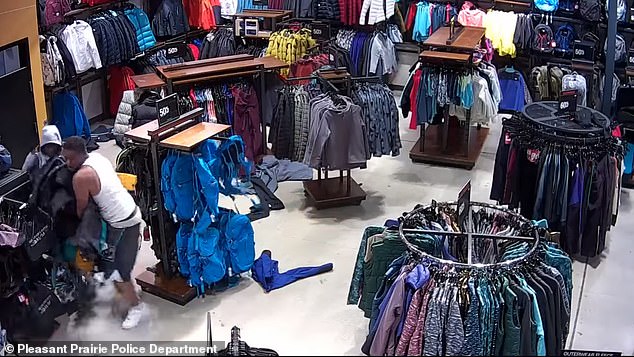 Meanwhile, an influx of discounted North Face jackets and clothing has hit the black market in Wisconsin.

What do you think about this “flash mob” theft?