A New Symptom Of COVID-19 Has Officials Scrambling For Answers 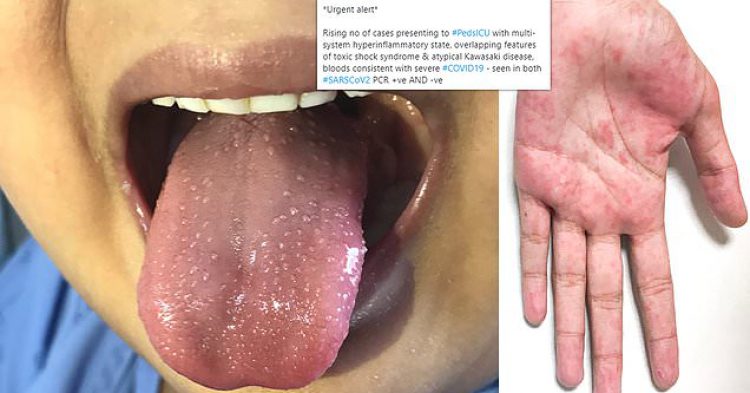 Now that COVID-19 has been ravaging the global population, experts realize that the scope of the disease is bigger than they initially thought. While people know that the symptoms of COVID-19 include respiratory problems like trouble breathing and shortness of breath as well as a fever, the National Health Services chief from the United Kingdom has just come forward to address a new “matter of urgency” that could affect small children.

Although small children were thought to be relatively safe from the novel coronavirus, health experts now fear that little ones are falling ill with an inflammation syndrome that could be linked to COVID-19. If this is true, then parents and grandparents have a lot more to worry about than previously feared. 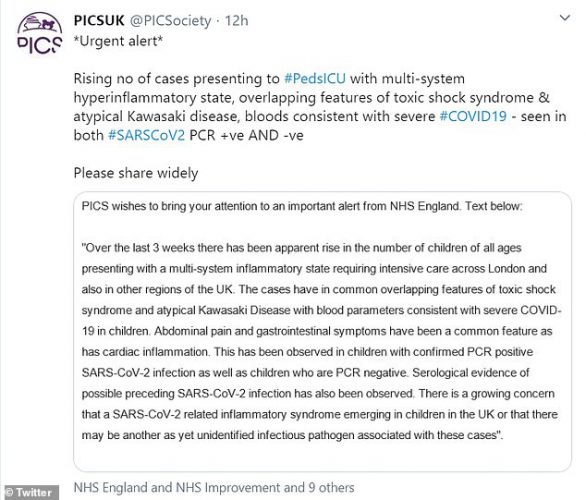 Infants have been admitted to hospitals at an increasingly alarming rate. And this “matter of urgency” deals with a coronavirus-related inflammatory syndrome that is getting children very sick. Doctors fear that the Kawasaki-like disease that is infecting these young children who are being admitted to the hospital at an alarmingly fast rate might be contracting a disease that is related to the COVID-19 outbreak.

NHS medical director Professor Stephen Powis is prepared to figure out the reason behind these numbers. Why are kids getting sick with this condition? Why is there a spike in the levels of this inflammatory syndrome?

Health Secretary Matt Hancock admitted that he is “very worried” about the number of sick kids being admitted to British hospitals. Because this population was thought to be relatively safe from COVID-19, this new threat has health experts terrified and on high alert.

In an alert sent to doctors, health chiefs at an NHS board in London said: “There is growing concern that a [COVID-19] related inflammatory syndrome is emerging in children in the UK. Over the last three weeks, there has been an apparent rise in the number of children of all ages presenting with a multi-system inflammatory state requiring intensive care across London and also in other regions of the UK.”

Professor Powis said the following at a Downing Street press conference: “We have become aware in the last few days of reports of severe illness in children which might be a Kawasaki-like disease. Both Chris (Whitty) and I are aware of that, and we have asked our experts, I have asked the national clinical director for children and young people to look into this as a matter of urgency.”

Professor Whitty added, “This is a very rare situation, but I think it is entirely plausible that this is caused by this virus, at least in some cases. Because we know that in adults who, of course, have much more disease than children do, big problems are caused by an inflammatory process, and this looks rather like an inflammatory process, a rather different one. Therefore, given that we have got a new presentation of this at a time with a new disease, the possibility – it is not a definite, we need to look for other causes as well – but the possibility that there is a link is certainly plausible.”

What do you think about this threat?