A Puppy Was Left To Die In The Cold Until This Goose Flew Over To Help : AWM

Nothing breaks my heart more than seeing a dog left alone in the cold. The only thing that is worse is if that dog is a puppy. Unfortunately, lots of puppies and kittens are left alone to die. Well, this little pooch hadn’t been abandoned; he got separated from his owners. While out for a walk, a loud noise scared him and he ran away never to be seen again.

As the sky darkened, the owners had to admit that they might have lost their beloved puppy. They didn’t know where to look, and since the sun no longer aided their search, they had to resort to flashlights and streetlights. But soon even those were not enough – besides, they had gotten very tired. 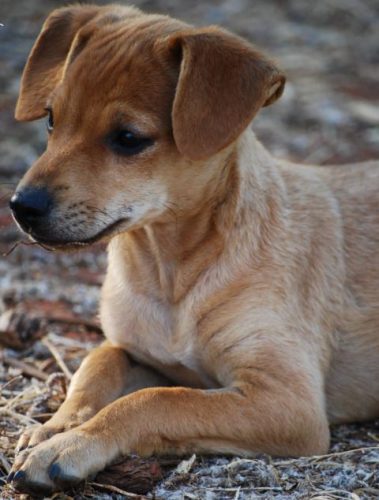 Turning in for the night, all the owners could do was hope that the puppy was safe. In the morning, they would resume their search. Maybe he’d even get picked up by a local rescue organization. Then they could find him at a shelter.

But hope started to fade when the night got a lot colder than expected. As usual, the meteorologists were wrong, and the temperature dropped to near freezing temperature. This meant that the little guy’s life was in danger. If he didn’t find shelter during the night, he was going to die. Then the family would not have the puppy they felt was part of their family. He would be gone forever, and the children would cry.

In the morning, someone happened upon the little puppy. He had miraculously survived the frigid night. But he’d done it with the help of a new friend. And the images of the encounter have gone on to become viral across the internet. 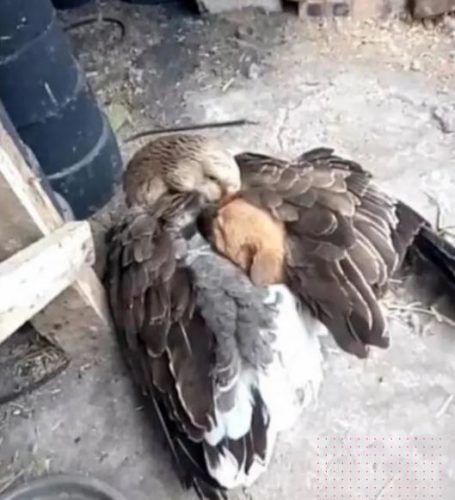 As fate would have it, the puppy came across a caring goose. The bird wrapped the freezing puppy up in its wings and allowed the puppy to benefit from the natural shelter of the goose feathers. Goose feathers are great insulators, so the puppy really got a warm night’s sleep.

All night, the puppy was wrapped in the goose’s caring wings. Then, in the morning, this lone passerby happened upon the scene and saw the most miraculous thing – the goose was saving the life of the puppy. Not only did the goose display empathy and caring for another creature, but it had also done so for an animal of a different species.

This person snapped photos of the goose with its wings wrapped around the puppy. It was a very heartwarming moment. The goose even seemed to open its wings to show off the puppy to the person, as if to declare to the world that it was doing a good deed for a puppy in need. 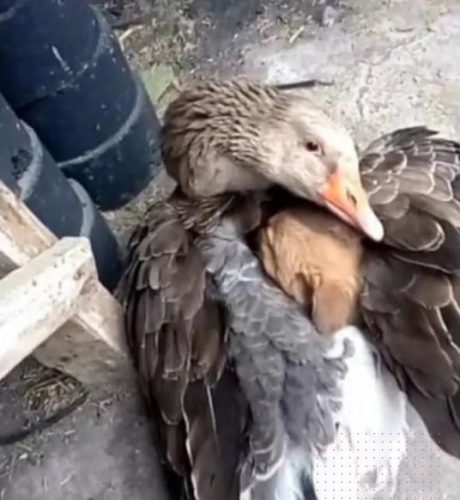 The goose allowed the people to take the puppy from its possession. It had done what it needed – kept the puppy alive for the freezing night. Now it was up to the human beings to show the puppy the care it needed to get reunited with its forever home.

Eventually, the puppy was reunited with its owners.