A Stranger Started Sending Her Racy Text Messages. Then She Realized How He Got Her Number : AWM

A Stranger Started Sending Her Racy Text Messages. Then She Realized How He Got Her Number 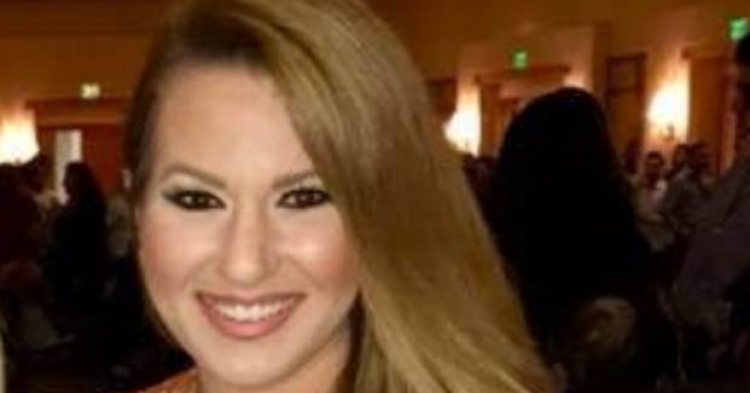 It’s a scary thought to think about how many people have access to your private information. If you apply for a job, you sometimes have to provide your social security number. What will they do with that? When you apply for a car loan, you have to give the dealer all your personal information. And when you check your luggage for a flight, the airline employees can see all sorts of personal information about you like where you’re from and what your cellphone number is.

While most times, this information is protected as promises, sometimes people overstep these bounds to abuse power in their hands. This story is about that. One American Airlines employee took a phone number from a passenger’s bag and then followed her onto the plane because he found her very attractive. He then proceeded to text her more than 100 times – all of the messages were extremely creepy – and completely violate all privacy agreements that American Airlines promises its passengers. 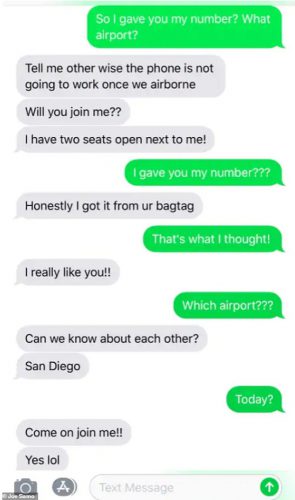 Ashley Barno suddenly started getting text messages from a man who identified himself as Ahmad. He told her that he swiped her phone number, name, and address from the information on her carry-on bag. Since he worked for American Airlines, he had easy access to that.

He then boarded the same flight Ashley was on from San Diego to Chicago, even texting her, “I am on board now. Are you going to Chicago, too??”

Ahmad then promised Ashley free flights and access to VIP lounges if she would only grace him with her presence. 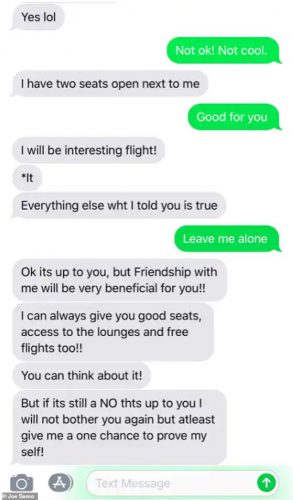 After she told him to leave her alone and that him stealing her personal information was “not cool,” he tried to sweet-talk her into switching seats to be next to him.

“It’s up to you, but friendship with me will be very beneficial to you! I can always give you good seats, access to the lounges, and free flights, too! You can think about it. But if it’s still a NO, that’s up to you. I will not bother you again, but at least give me one chance to prove myself!”

Ahmad was not on duty with American Airlines at the time of the harassment but did have privileged information about the way things worked with the airline. This gave him easy access to Ashley’s personal information. 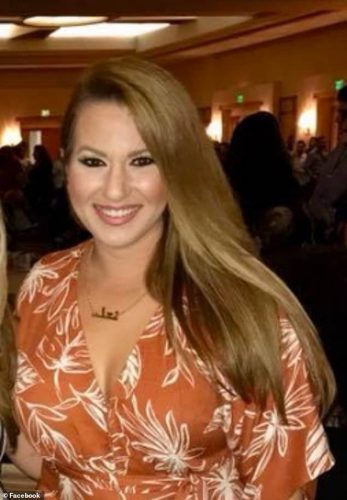 After she was safely away from the man, she told the media: “The whole time I kept asking him, ‘Who are you? How do you know who I am? How’d you get my info? Just knowing that he knew what I looked like, and that we were in an enclosed plane and that there’s no way out, like really, really scared me.”

She added, “He had too much information on people, and what he did was not okay, and not acceptable at all.”

Do you think he should face criminal charges?