A Teenager “Accidentally” Moved Into A Senior Living Complex, And Her Story Is Going Viral 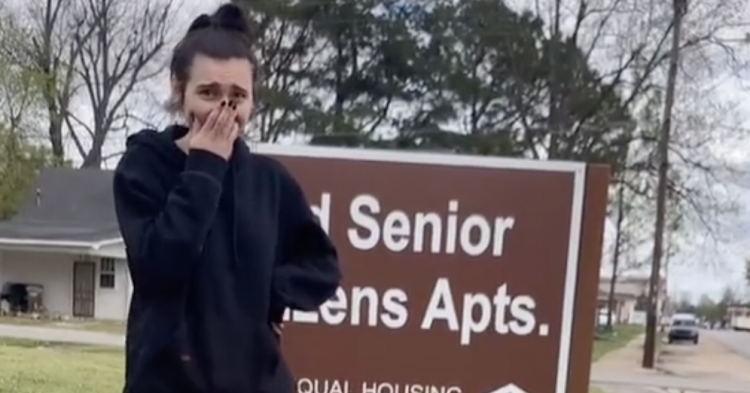 Madison Kohout, a nineteen-year-old, needed to make a major decision in her life. She needed a new place to live and had to figure out where to get that lease. She ultimately found a nice apartment in northeast Arkansas city of Piggott after she made a move to the new state from Oklahoma. She found herself getting along nicely with her new neighbors and fit right into the living situation.

However, a week after settling into the apartment complex, Kohout noticed a sign in front of the building that she had not seen before. It made her change her opinion about her apartment and where she had decided to move to. The sign outside of her ten-unit complex stated: “Senior Living Apartments.” That’s right. This TikTok-using teenager accidentally moved into apartments for senior citizens. 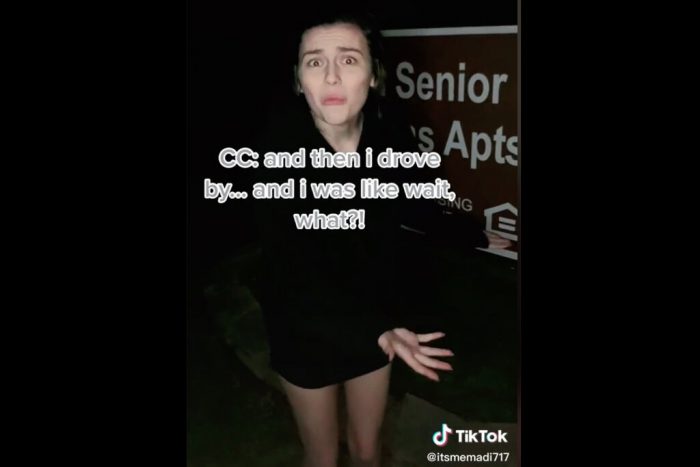 Madison decided to share her discovery with followers via the Chinese-created social media platform, TikTok. In her video, which promptly went viral – TikTok ended up loving her story so much it passed across the entire globe and came back again to America. In the clip, she states very clearly her predicament.

“I was looking around at my surroundings to see what there was I could do here, and I saw the sign that said ‘Senior Living Apartments,’ and I realized I moved myself into a retirement community,” Kohout said in an interview. “Once I saw the sign, all the things clicked. I was like, ‘Oh, my goodness, I can’t believe I did this.'”

Kohout decided to move to Piggott, Arkansas, because of a contact she made on TikTok. Her social media friend, Lori Parker, formed a solid friendship through the internet. Parker has about 65,000 followers on the platform and describes herself wholesomely as “a Preacher’s wife, Mom, and Nonna.” Because the pair followed each other and commented back and forth on videos, their friendship grew until Kohout decided to move to Arkansas in part because of their connection. 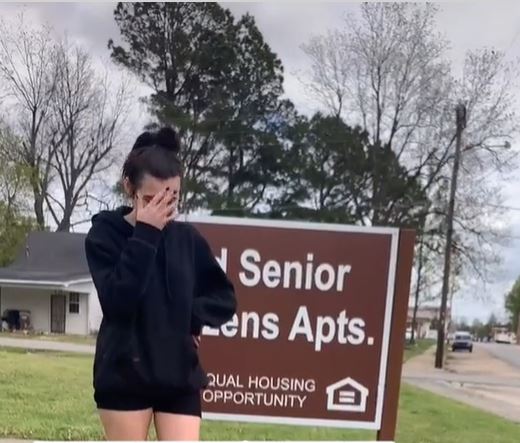 “She just touched my heart,” Parker said on Sunday. “I felt like I’ve known her for a long time.”

Kohout left her childhood home at age seventeen because she grew up in a home with “a lot of challenges.” Parker invited her to her family Thanksgiving, but Kohout couldn’t make it. She eventually traveled to Arkansas in February to meet Parker in person.

“I just fell in love with her family, and they were so good to me,” Kohout said.

Kohout made to Piggott from Norman, Oklahoma, in March and started hunting for apartments online. When she found the perfect apartment and signed the lease, she had no idea it was a senior living complex.

“She knew I was 19 but never said anything,” Kohout said of the landlord. “The landlord really liked me.” 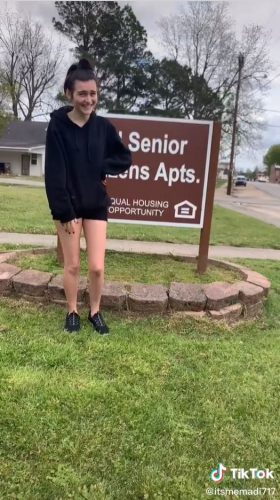 Although the apartment was designed for seniors, it was “equal-opportunity housing” and therefore available to her.

Since become TikTok famous, Kohout has shared her videos with neighbors. Now she has new friends – although they’re more than three times her age.

“It’s like having extra sets of grandparents,” Kohout said. One neighbor, in particular, has become a friend. “It’s fun to see how she persevered through her life challenges. We relate a lot, even though she’s, like, 50 years older than I am.”