After Breaking Records On Jeopardy! She Had To Call 911 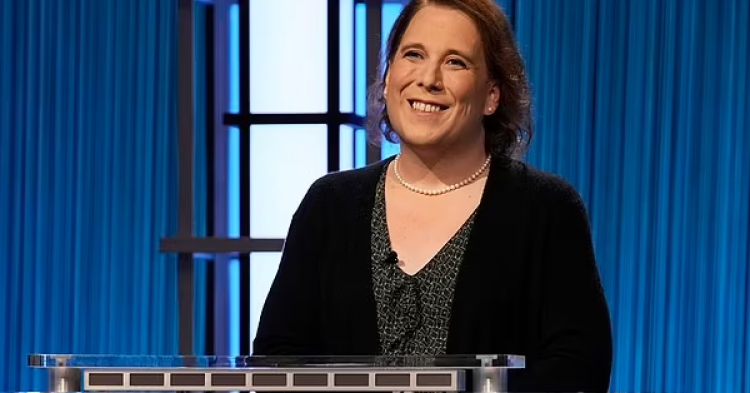 Over the New Year’s weekend, Jeopardy! champion Amy Schneider, 42, was robbed at gunpoint nearby her home in Oakland, California. Fortunately, she’s “fine.” However, the robber stole her credit cards, phone, and identification. Schneider revealed the criminal activity on Monday before she appeared on national television later that day when she won her twenty-fourth straight game on the show, which is currently hosted by Jeopardy’s Greatest of All Time, Ken Jennings.

“Hi, all! So, first off: I’m fine,” Schneider tweeted on Monday. “But I got robbed yesterday, lost my ID, credit cards, and phone. I then couldn’t really sleep last night and have been dragging myself around all day trying to replace everything.”

Although Schneider is a transgender woman, there is not yet any indication that she was targeted for the crime because of that. Nevertheless, Oakland and other California cities are currently ridden with crime as the COVID-19 pandemic continues to wreak havoc on the most populous state in the union. It is also possible, but unclear, if she was the victim of the robbery because of her Jeopardy fame and a large amount of money she has won on the game show so far.

Later that same day, Schneider tweeted that she would probably not “start writing tonight’s game thread” because of the robbery. The thread informs fans about the behind-the-scenes happenings on the show.

“And if I keep winning, it may take a bit for me to get caught up,” she added. “Thanks for your patience!”

Although Oakland police did not list Schneider as a victim, they did share a statement about how their officers were investigating a robbery that occurred along Lenox Avenue on Sunday around 3:30 pm. This location is close to Schneider’s home and is likely the case that involved her.

Police are still investigating and hope to arrest suspects soon.

Schneider is proud to be the first transgender Jeopardy contestant to qualify for the Tournament of Champions.

“I am from Ohio where the only trans people I thought of were drag queens or prostitutes,” Schneider told NBC News. She made it clear that she does not see herself as “special” because of her gender identity.

In an interview with Yahoo, she said: “I don’t actually think about it that much. I was definitely aware, going on the show, that being a trans person in the spotlight could be an interesting thing. But, you know, it’s just what I am, and there’s sort of, like, nothing to do about it. It’s just who I am.”

Despite her positivity, trolls have attacked Schneider for her status as a woman.

“I’d like to thank all the people who have taken the time, during this busy holiday season, to reach out and explain to me that, actually, I’m a man,” Schneider said. “Every single one of you is the first person ever to make that very clever point, which had never once before crossed my mind.”