After Grandma Dies, Woman Unveils The Photo That Shows The Secret She Was Keeping

Like most brides, Tara Foley of Austin, Texas, was super excited about her upcoming big day. She had picked out her dream wedding dress and was in the process of sourcing all the decorations and supplies for the celebration. However, Foley’s 102-year-old grandmother became sick ahead of the wedding and had to go into hospice care as she neared the end of her life.

Tara was deep into her wedding planning when 102-year-old Nana got sick. The old woman was 1,300 miles away from Tara in Naples, Florida. During her time in hospice, Nana told her nurses that the only thing she wanted was to survive long enough to attend Tara’s wedding in the summer. Unfortunately, Nana was too sick to board an airplane and would have no way of getting to the family event. 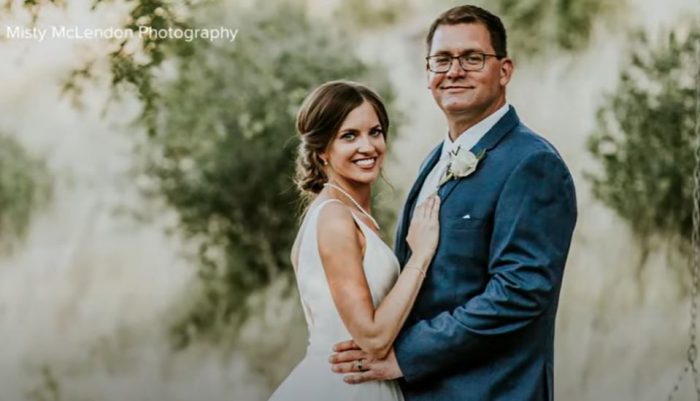 “Her heart was failing,” Tara wrote on Facebook. “I knew in my heart she was trying to hang on to get there somehow.”

In the same Facebook post, Tara recalled the last time she got to see her beloved Nana. She was able to shower the old woman with plenty of love, but it was hardly enough given the feelings she had for the family’s matriarch. 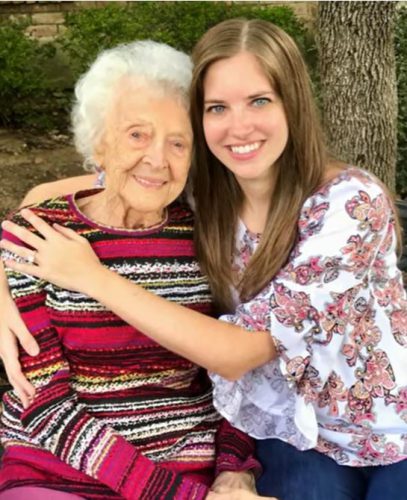 “When I said goodbye to her that night, I think we both knew it would be the last time we would see each other,” Tara wrote. “She grabbed my cheeks with her hands, looked me straight in the eye, and said, ‘I love you very much.’”

Twenty-seven days after Tara last saw Nana, she died. She passed away four months before Tara was scheduled to walk down the aisle with the love of her life. 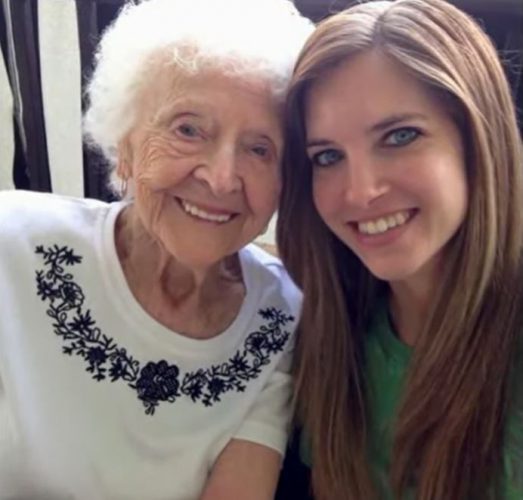 However, Tara had a secret up her sleeve. On the day of her wedding, she shared a photo album with her family that featured photos that no one had ever seen before. As Tara’s father scoured the images, he was so shocked by what he saw that he could not believe they were real. He even accused the bride of using Photoshop to alter the images. 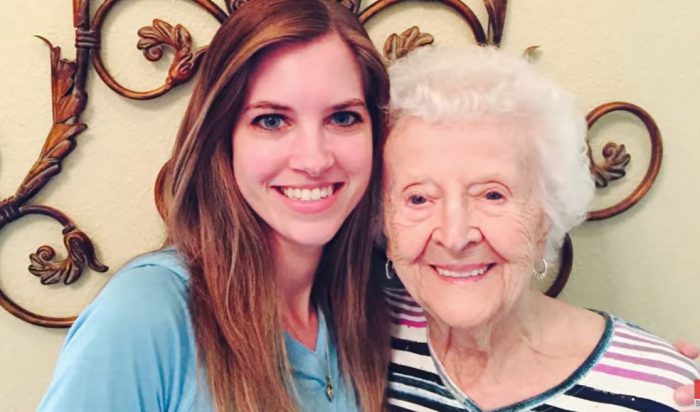 In reality, Tara and her fiancé had been keeping a big secret from the family. They had lied to Tara’s parents and told them that they had to take a business trip to Miami – but in reality, they were going to visit Nana for a special treat. 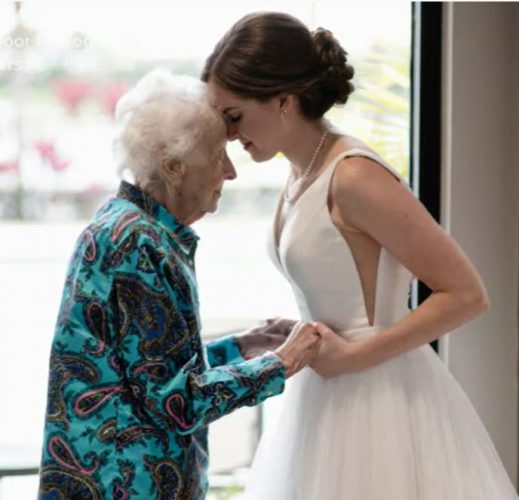 Nana was a strong woman. She grew up during the Great Depression and had to stay home while her husband went off to fight in World War II. Throughout Tara’s life, she always looked up to her grandmother and saw her as a role model of strength and vigor.

However, Nana was not going to be able to come to the wedding. That’s when Tara decided to bring the wedding to her. She flew to Florida and dressed in her wedding dress while taking photographs with the 102-year-old. 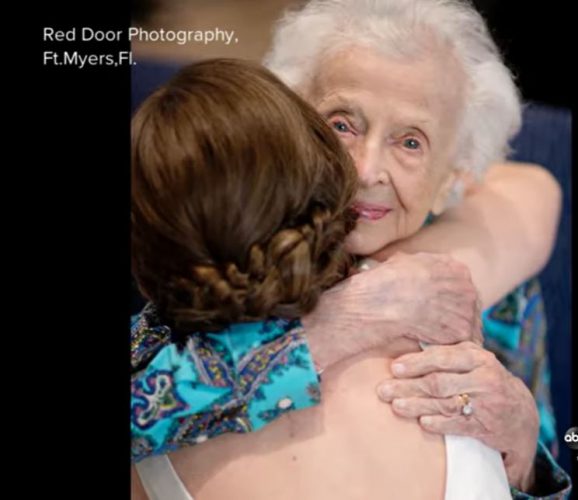 ABC News ran a report on Tara’s secret photoshoot with her dying grandmother, who died only four weeks after the fateful visit.

What do you think about this bride’s special tribute?