An Entire Continent Sunk Into The Ocean Millions Of Years Ago, And Today We Found It 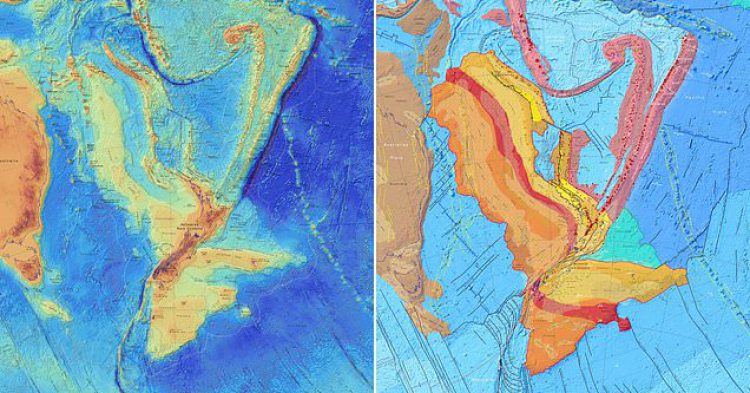 Just because human beings have been studying the Earth since the beginning of recorded history does not mean that we know all there is to know about it. In truth, the Earth is a mystery that has yet to be untapped. With ocean bottoms miles beneath the surface, there have been few ways for geologists and other scientists to get to the bottom of the truth when it comes to the history of the Earth – until now.

Geologists from New Zealand have combined their resources and created a new tectonic and bathymetric map that threatens to throw the current worldview into chaos. The map is available in print as well as on an interactive web portal that has been extremely popular in the wake of the COVID-19 pandemic. 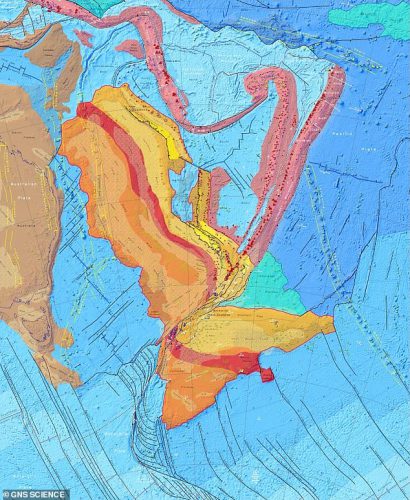 In the map, a new continent has been identified. It is called Zealandia, and it sank to the bottom of the ocean about 23 million years ago. The forgotten continent has been rendered in amazing detail in the scientific map and spans more than 1,930,511 square miles, making it much larger than previously estimated.

Zealandia met the criteria for a continent in 2017. It apparently submerged after breaking off of the Gondwanaland supercontinent about 79 million years ago. Since then it went through some changes until it sank to the bottom of the ocean where it remains to this day.

“These maps are a scientific benchmark, but they’re also more than that — they’re a way of communicating our work to our colleagues, stakeholders, educators and the public,” said map author and geologist Nick Mortimer of GNS Science. “We’ve made these maps to provide an accurate, complete, and up-to-date picture of the geology of the New Zealand and southwest Pacific area — better than we have had before. Their value is that they provide a fresh context in which to explain and understand the setting of New Zealand’s volcanoes, plate boundary, and sedimentary basins.” 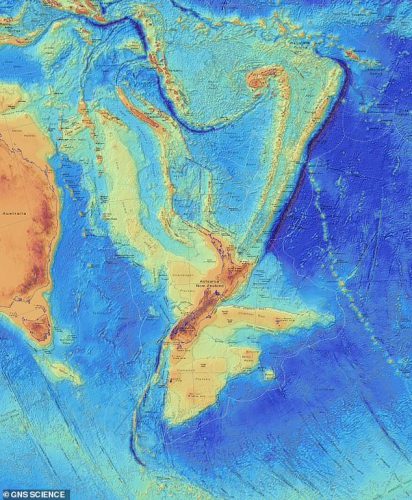 The TEZ web portal invites geologists and other scientists – as well as members of the public – to explore the sunken continent in all its glory. The amazing technology allows people to see what lies under the ocean from the comfort of their homes.

“Users can zoom and pan around different thematic geoscience web maps of the region. They can readily view and interrogate the maps and turn layers on or off,” Dr. Stagpoole added. “They can also query features in the layers and generate custom maps of their own.”

Zealandia is also known by its indigenous name Te Riu-a-Māui.

Are you surprised to learn that there’s another continent under the surface of the water that sank down there millions of years ago?