Angry Dog Owner Runs Over His Dog With The Lawnmower : AWM

Angry Dog Owner Runs Over His Dog With The Lawnmower 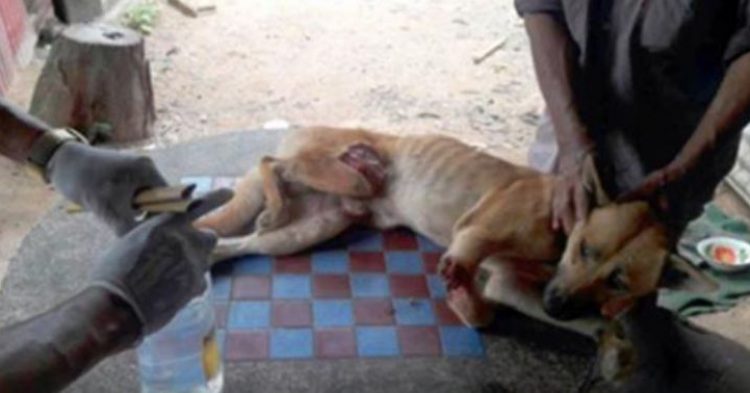 Every pet owner knows that it is hopeless to be able to control every last little behavior that a dog does. However, people should be able to control their dogs enough to keep them on their property. But after a male dog ran away from home and then mated with a neighbor’s female dog, that neighbor took drastic action to punish the dog for knocking up his female pooch – and many people think it was over the top.

Now the three-year-old German shepherd mix became a victim of a violent act of revenge when the angry dog owner pinned the dog to the ground so he could run his lawnmower over the dog’s legs. Although the dog was just listening to his natural instincts and did not mate with the female dog out of maliciousness or cruelty, just because it was compelled to do it by nature. 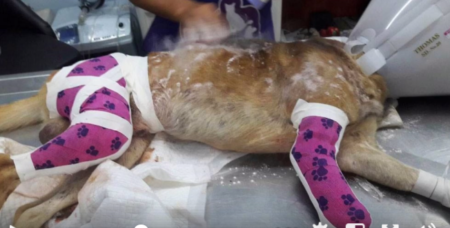 Nevertheless, the angry dog owner used his lawnmower to torture the German shepherd mix named Momman cruelly. The dog had simply ran into the neighboring property to play with the female dog living in a place in Thanglang, Phuket in Thailand.

The angry dog owner managed to hold down Momman and use his lawnmower to maim the animal forever and change its life forever.

Although the dog was being violated and abused, it managed to free itself from the cruel dog owner. If it had not been caught, then it would not have been hurt. But that’s not the way it worked out for it. Instead, the dog got caught and got abused.

Somehow Momman dragged his devastated body to his favorite place to take a nap, and he lied down to lick his wounds. Thankfully, the angry dog owner did not follow Momman and just let him ride out his pain and suffering there in the shade.

Later that day the abused dog’s owner found him and realized immediately what had happened. He could see the cuts and marks from the lawnmower and knew that his cruel neighbor had been up to no good. 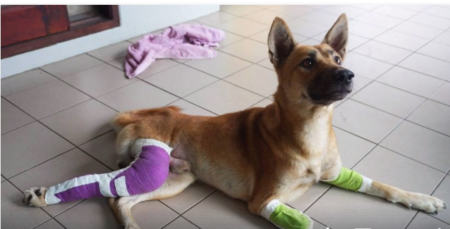 As it turned out, Momman’s injuries were life-threatening. If he had not been found when he was, he would not have survived. At the local veterinary hospital, he was rushed into emergency treatment. They found that his front leg was holding on by some skin and had been mostly severed. They since amputated it so it would not get infected.

Now the police are investigating the attacker to see what they can do to get him justice. They really want him to pay.

Nevertheless, Momman is in good spirits. He’s a good dog and still wags his tail despite the horrors the other dog owner put him through.

Let this crime remind you how important it is to get your dog spayed or neutered. If the dog had been fixed, it would never have been able to mate with the other dog. 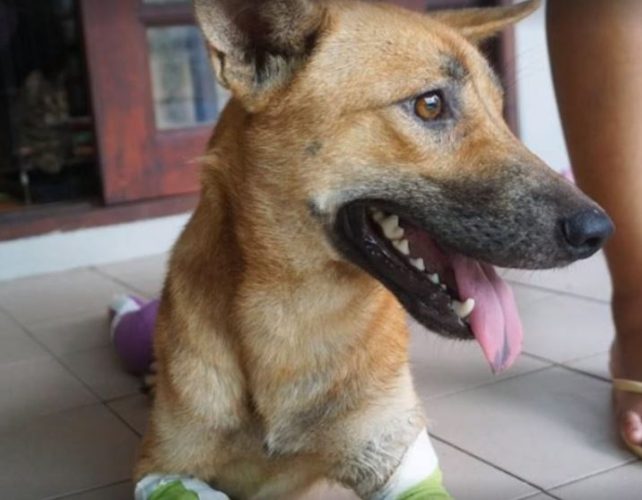 Do you think this angry dog owner should get punishment? Should he go to jail or simply pay a large fine?