Animal Rights Activists Are Outraged After He Cooked And Ate A Dolphin On TV : AWM 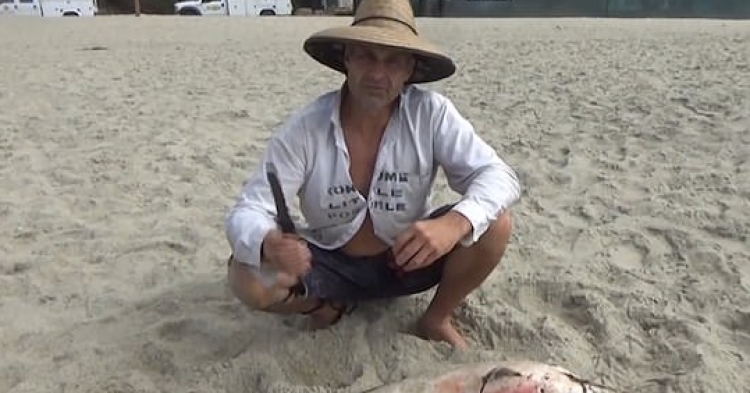 Animals don’t have the power to speak up for themselves and their rights. That’s why there are a lot of people who feel compelled to do this. They feel it is a moral obligation to protect animals and other sentient things that are unable to defend themselves. But now a celebrity survivalist, who likes to peg himself as the Tarzan of L.A., has sparked outrage after devouring a dead baby dolphin because it washed up on the beach.

During the stunt, which he filmed himself, Gary Golding ate a beached baby dolphin that he found on the beach. You might remember Gary during his appearances on Naked and Afraid. But this stunt on Laguna Beach has rubbed a lot of people the wrong way because he ate a dolphin, which is a creature highly adored by the American public. 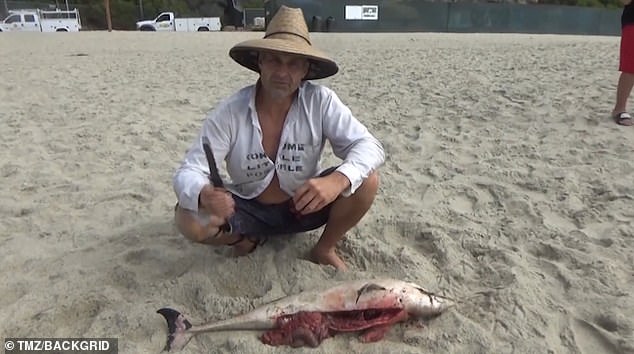 As he filmed himself eating the baby creature, Gary knelt in the sand and whipped his hunting knife on his dirty trousers before slicing into the little guy. He filmed himself splitting the creature open and allowing its guts to slip out on to the sand. He removes its heart and then hacks meat off the dolphin’s sides, “where it’s good.”

The video cuts to Gary grilling the dolphin meat for his snack. He even uses cooks up some of the dolphin’s organs on his portable barbecue.

“Definitely gamey,” he said, following the meal. He then dipped the heart into mustard and added, “Probably not seasoned the best.”

After he sliced up the dead baby dolphin and ate it, Gary realized that he might have gone too far. That’s why he turned to the camera and rationalized his actions. 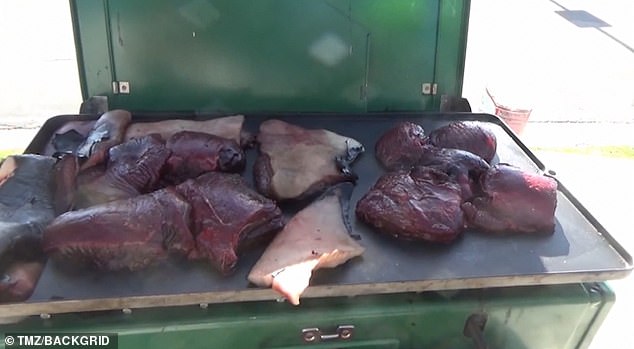 “I’m the scavenger from Naked and Afraid, so I’m going to live up to what I do. I’m going to eat dolphin heart, and I guess I’ll eat what you call dolphin backstrap. The thing is, I don’t want to let this go to waste.”

Although he knew the content was going to be controversial, he was proud to have devoured the baby dolphin he found beached on Laguna Beach. He shared the video of himself eating it with the caption: “I ate a dead baby dolphin. This life I lead is not fake, and it’s definitely not scripted. I’m the real deal.”

Many people are critical of the footage. However, others, the fellow survivalists, believe that it isn’t so bad since the dolphin was already dead. They said it was akin to eating roadkill.

But the critics won out, and Gary’s image plummeted in the public eye.

“Very disturbing,” one person wrote. “Well, I hope you enjoy the mercury poisoning. Dumb a**.” 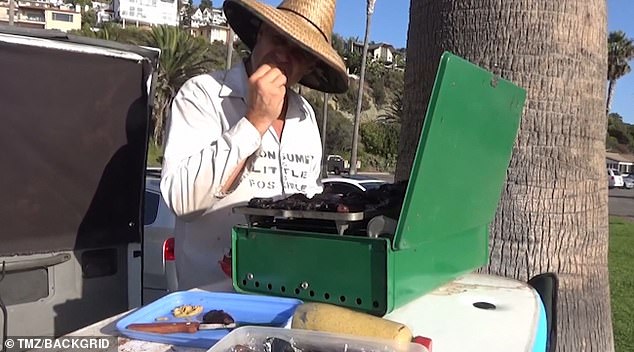 “This looks criminal,” another shared.

“Does this violate the (marine animal protection act)?”

The MMPA was passed in 1972. It made it illegal for Americans to hunt, kill, injure, and harass marine mammal species like dolphins.

Because the dolphin was dead when he found it, it does not seem like Gary broke the law. However, he did put himself at risk of mercury poisoning because dolphins contain alarming amounts of the heavy metal.