Army Wife Complains To Her Deployed Husband She’s Gaining Weight. Then He Learns The Truth : AWM

Army Wife Complains To Her Deployed Husband She’s Gaining Weight. Then He Learns The Truth 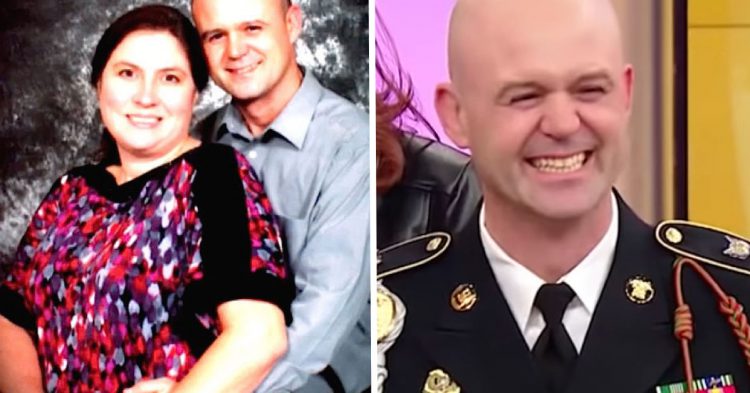 Alisa Beal understands the responsibility of being an army wife. Because her husband has to leave her and their family behind very often to do his job to protect and serve the United States of America, Alisa, from Fort Bragg, North Carolina, stays home and keeps up with the housework. Meanwhile, her husband Sergeant Terrance Beal goes off on international adventures with the 82nd Combat Aviation Brigade, 82nd Airborne Division fighting America’s wars on behalf of tall taxpaying citizens.

Not long ago, Terrance was stationed in South Korea. During his time abroad, Alisa decided she was going to give Terrance the surprise of his life. While she was never an obese woman, she figured her husband would be happy to come home to a trim and slim wife. That’s why she threw herself headfirst into a new health regime and committed to getting herself into tip-top shape by the time her hubby returned stateside from his tour of duty.

At her heaviest, Alisa weighed 277 pounds. But as soon as Terrance’s plane landed in South Korea, she launched herself down a path that led her to a healthier and slimmer self. She started working out even harder than some recruits do during boot camp. And she locked herself into a strict healthy diet and maintained military-like discipline. Because she was at home supporting her husband while he supported the entire country, she felt buoyed up by him and empowered to be her best self as well.

During his six months in South Korea, Alisa kept telling her husband lies. She kept complaining about how she was gaining weight despite her best efforts to keep it under control. She didn’t reveal her body on video calls and said that she was too embarrassed to show him herself because the weight she was gaining was unsightly and unbecoming of a military wife.

Little did Terrance know, but he would be returning home to a wife who had sculpted her body like a military master. While she told her husband that she was gaining weight faster than a sumo wrestler, in reality, she shed fifty pounds.

During the start of her journey, Alisa had reached out to the Rachel Ray Show for some dieting tips and weight-loss strategies. When she told them about her goal, they were all too happy to help her achieve it because Rachel Ray loves America’s troops and wanted to give Sergeant Terrance a joyous surprise when he returned home from his tour of duty in South Korea.

On the day that Terrance was scheduled to return home from deployment, Alisa was eager to reveal her new look. But then he disappointed her when he said that his flight got delayed. Little did she know, the producers of the Rachel Ray Show had gone behind Alisa’s back to stage a meeting between her and her husband that would be a welcome surprise to both of them.

Alisa was selected for a makeover on the show, and when it came time for her to look at herself in the mirror, she turned around to see her husband. The look on his face at seeing his revamped wife is one that should be treasured.