Artist Gets Attacked For His “Incredibly Wasteful” Art Project 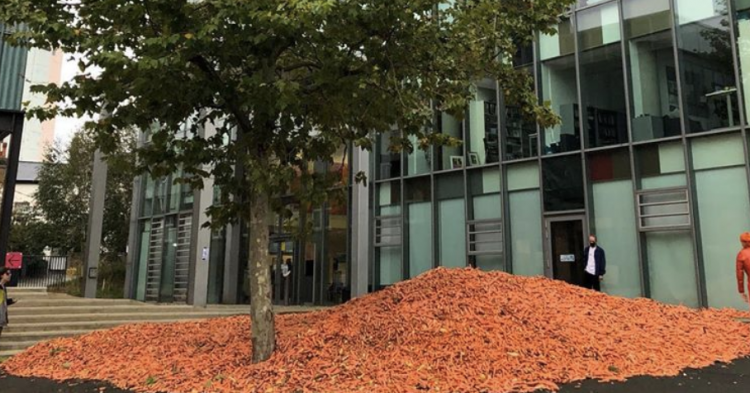 Although Rafael Perez Evans is pursuing his Master of Fine Arts (MFA) at the hyper-liberal Goldsmiths, University of London, he seems to have missed the mark on his latest project. The “insensitive” creation he unveiled on September 29, 2020, might have the power to implode his burgeoning career in the arts. Although the art installation was Perez Evans’s final project for his degree, it was met with scorn and ridicule because the artist simply dumped thousands of carrots on the streets in London for the sake of “art.”

The 29-year-old artist dumped 240,000 carrots (about 62,000 pounds worth) on the public street outside of his college campus. Although he claimed on his website to have designed the installation to be representative of “dumping” as a form of protest, he outraged more people than he pleased. 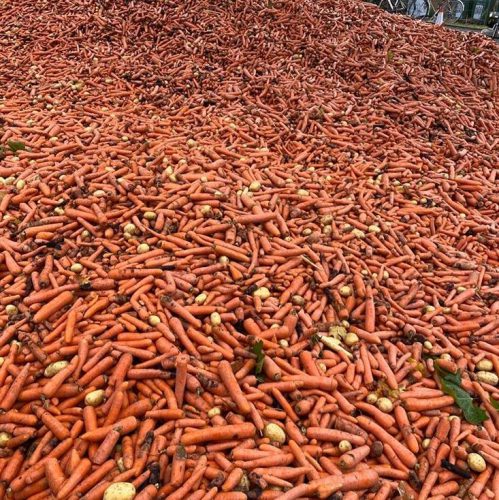 Dumping is a form of protest used by European farmers when the market drops prices on commodities. Instead of selling the goods for lower prices, the stubborn farmers simply dump their products so they can rot. It is cheaper for farmers to dump their products in this case than it is for them to sell it at the market.

The controversial art installation was entitled “Grounding.” Evans wrote: “Dumping is a form of protest, regularly used by European farmers that react against a central government which devalues their labor, agency and produce to points of ridiculousness.” 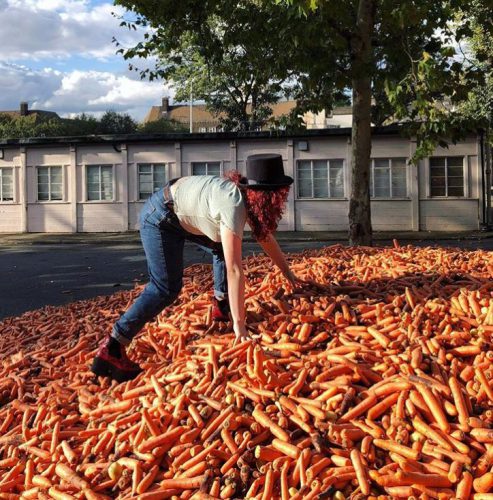 Although dumping is a real thing farmers sometimes must do, the general public found Evans’s display grossly wasteful.

However, Evans believes that farmers, and their hard work, are being devalued too much. He hopes his art installation will inspire farmers to use their produce to cause problems for the government.

“Vegetables such as carrots or potatoes become monumental barricades that can block governmental buildings or roads and with it interrupt the usual city flow. The city is a site that suffers from food, plant, and soil blindness, a place hyper separated from its periphery, its food, and its laborers. Dumping protests bring blinded city people into an alarming contact with their forgotten foods and its production.”

Although the anti-artist group has raised about $2,000 through his GoldsmithsCarrots social media account, which goes straight to local food banks.

“Lewisham [the borough where Goldsmiths is located] is one of the poorest boroughs in London, and this mass dumping of carrots at Goldsmiths is beyond insensitive,” the group wrote on Instagram. “It’s a massive slap in the face.”

Evans claimed the carrots were “unwanted” by London’s grocery stores. And when his art installation is done, the carrots will be “collected and sent to feed animals.”

However, some people were angrier at grocery stores than this London artist.

“How are you going to be mad at someone for demonstrating a fraction of what grocery stores waste every minute on produce that’s just not pretty enough? At least this project is calling attention to a very real issue,” wrote an Instagram user.

Do you think this London art installation was wasteful? Or did the artist make his point clear?