As Soon As She Was Named Homecoming Queen, The Boy Who Won King Ripped Off His Crown : AWM

As Soon As She Was Named Homecoming Queen, The Boy Who Won King Ripped Off His Crown 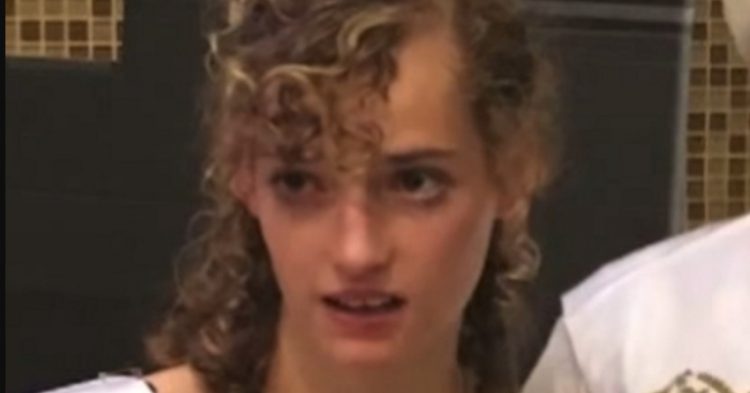 Douglas County High School senior Brad Cooley’s reign as homecoming king didn’t last long. And it’s all because of a small act of kindness on the teen’s part. After he was crowned king, along with homecoming queen Meghan Bailey, Brad said he felt like he wasn’t deserving of the crown and that’s when he did something totally unexpected. He passed the honor along to someone else!

Brad gave the title instead to Meghan’s date. Meghan has a form of cerebral palsy that prevents her from being able to speak, but using technology, and from her over-the-moon expression, it was obvious that she was beyond thrilled with the way things turned out. 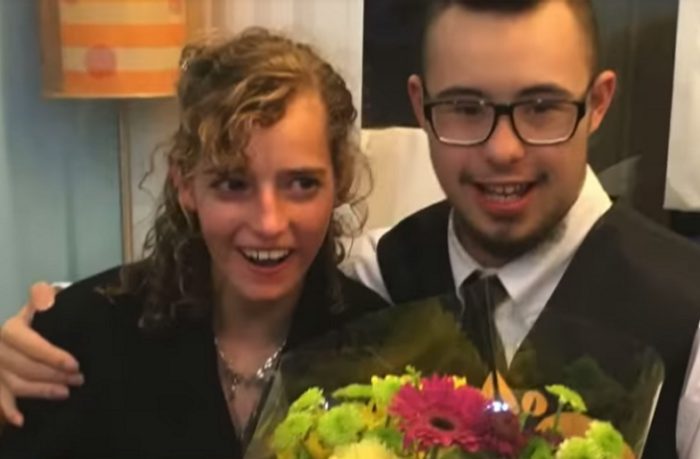 Meghan’s date was her longtime best friend Ian Brennan, who happens to have Down syndrome. The two planned to to to the homecoming dance together, but before the big event arrived, Brad found Ian and crowned him the homecoming king, according to a report from Denver 7. Brad had only been king for 24 hours but knew this was what he wanted to do.

Brad explained the reason behind his decision, noting: “Something didn’t feel right to me, it didn’t feel like I was the one who was supposed to have it. There was just something in me that was like… I just felt like it would be better deserved for someone else.”

The passing of the honor was well-received all around. Meghan’s mom, Heidi Bailey, held back tears over Brad’s gesture, saying, “It was, it made me cry. It was amazing to have just the sweetness of sharing that moment, it was really amazing.” 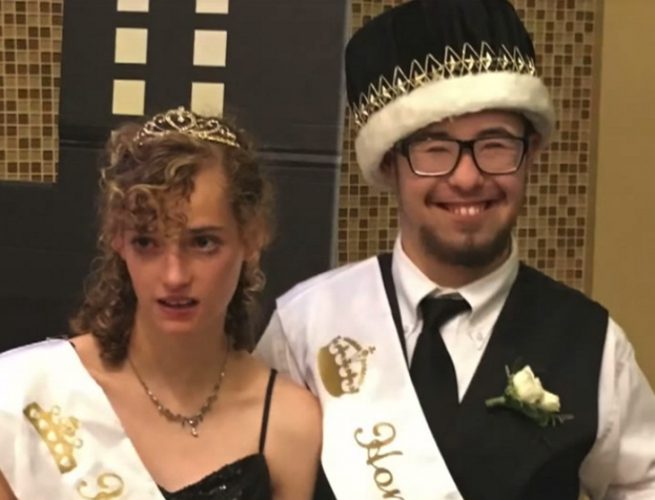 Ian’s dad was also blown away by Brad’s selfless act, explaining, “It was really overwhelming, so it is a very, very special, it was a special night and a special memory and we’re going to hold on to that one.”

It also was a much needed boost for the family, as Ian’s mom had lost her battle with liver cancer and passed away two months before homecoming.

Ian’s dad noted: “She was my hero before she was diagnosed. Yeah she was, yep, she was and she still is and our hope now is that with the help of a whole team of other people the work that she did and just make the world a better place not just for Ian, but for everybody.” 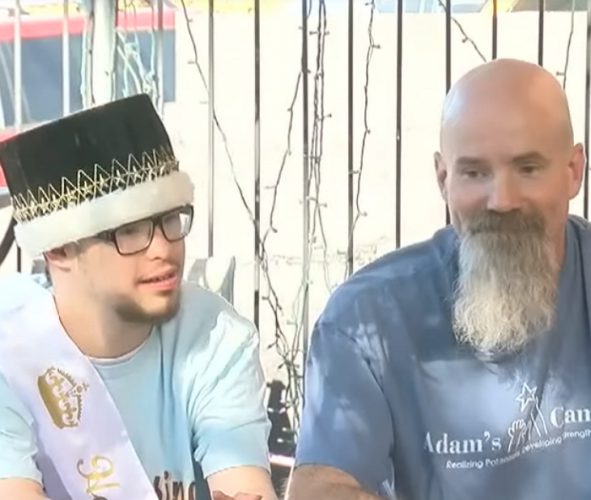 A family member of Ian’s posted the following on Facebook about the student being crowned, noting: “Homecoming King, my cousin Ian. I’ve watched so many videos and read a ton of stories of kind hearted high school kids handing over their crowns or things if the sort. But the most incredible story was to wake up today to see it happen in my own family.”

She added: “I wish Aunt Veronica could have been there to witness it, I do believe she was there in spirit but it’s heartbreaking that she couldn’t have been there in person. Bittersweet doesn’t seem like a strong enough word… But nevertheless, You’re the King Ian, you are the King.”