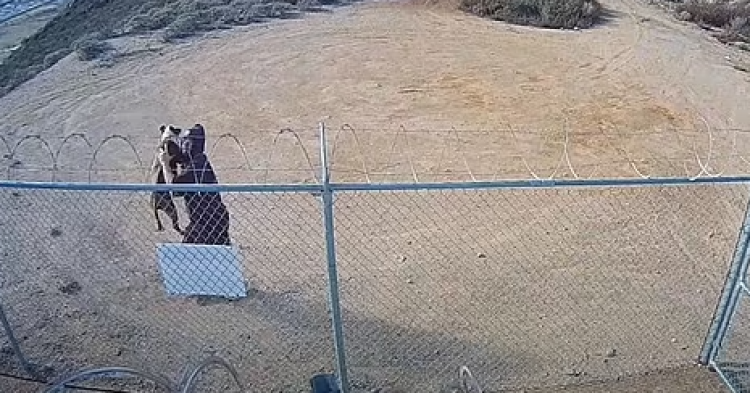 Officials in Southern California are on the hunt for a cruel pet owner who threw his pit bull over a razor wire fence in order to abandon the animal. The man, who has been identified as 30-year-old Robert Ruiz, Jr., has since gone on the run from authorities as they try to arrest him for the horrible abuses he committed to his pet dog after his actions were caught on security cameras at the gate of the Riverside County cellphone tower.

Fortunately, the dog was rescued by caring individuals with the animal service office in Southern California. They claim that the pit bull is “very sweet” and loving. They are now looking for a new home for the dog, so the pooch can find an owner who will love it rather than abuse it and abandon it behind a razor-wire fence in Riverside County. 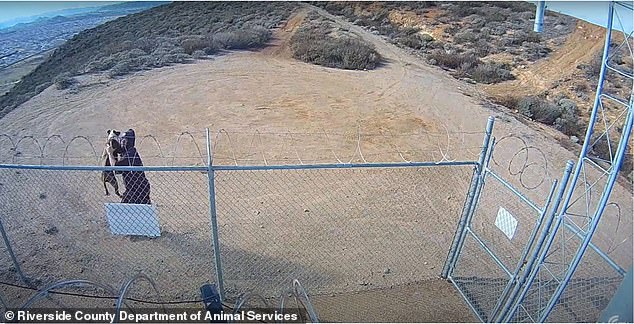 The Riverside County Department of Animal Services shared the security footage from the cellphone tower on Wednesday because they are on the hunt for Ruiz after they were able to identify him following his action at the tower. The man’s actions could have resulted in the death of the dog, which was completely innocent and loving, and so they are hoping the video footage will help them find Ruiz so they can slap on the handcuffs and charge him with animal abuse.

The man left the traumatized dog alone to die in Winchester, which is located southwest of Los Angeles and northeast of Temecula, California. 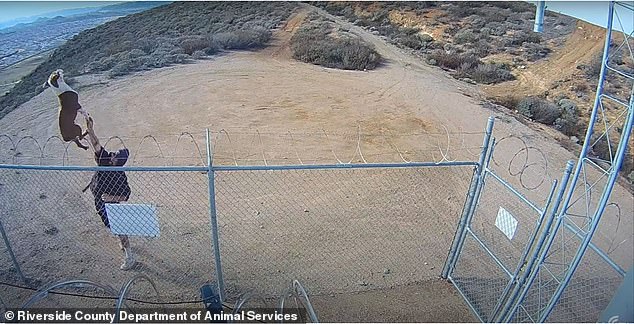 The video footage, which is forty-five seconds long, shows the man believed to be Ruiz tossing the animal over the razor wire fence into the isolated place. The footage shows the dog sitting next to its owner before the man picks up the animal and throws it over his head through the air past the razor-sharp wire atop the chain link fence.

The pit bull, which is eight years old, even gets caught in the wire after the man throws it through the air. When the razor snags the animal, the dog flips and fortunately lands on its feet safely and does not get hurt from the attempted abuse. 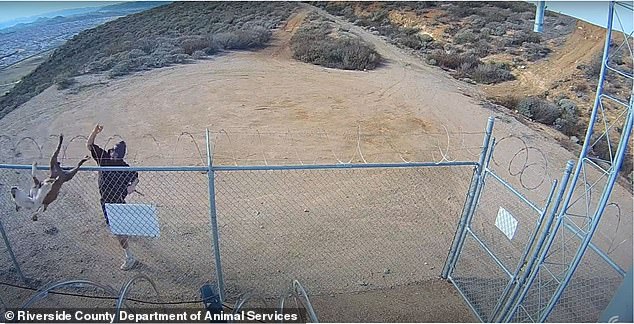 After the man abandoned the animal at the Riverside County cellphone tower, he quickly left the scene for fear that he would get caught. Little did he know his heinous actions were all caught on security cameras.

The dog was renamed Ken by animal care officials. The dog can be heard whimpering as it looks longingly at the man as he abandons the animal at the tower.

John Welsh from the Southern California animal center told Daily Mail that the animal was “sweet” and in need of a caring home. 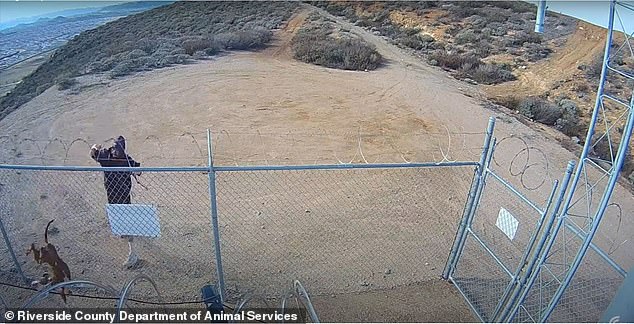 “It’s heartbreaking to see an animal treated this way,” Welsh said. “That dog clearly was looking like, ‘hey, where are you going? Why are you leaving me?’”

“We’re now moving forward with seeking the arrest warrant because this person needs to be held accountable for such a horrible act of willful abandonment,” Animal Services Commander Josh Sisler said in a new release.