Baby Girl Found Dead After Being Forgotten In A Van For 5 Hours : AWM 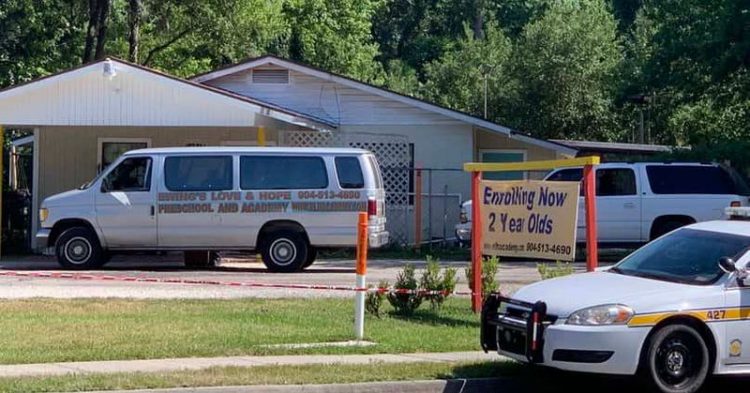 I always find it horrible when parents try their hardest, and still, tragedy befalls their children. This can happen in any number of ways because the truth about life is that we cannot control every circumstance, let alone event that occurs. Sometimes children get sick and need to be treated, other times they are injured in an accident. But the tragedy that befalls this 4-month-old baby girl is a different kind of tragedy because it occurred while she was at daycare and was simply neglected by the people her parents trusted to take care of her.

Being a daycare worker is a job that I would not care to have myself. It sounds very hard, and we all know that they do not get paid as much as they should. But low wages and difficult job duties does not excuse poor performance – especially when lives are at risk. You wouldn’t want a neglectful elder caretaker or a doctor – and just the same, you wouldn’t want a neglectful daycare worker. 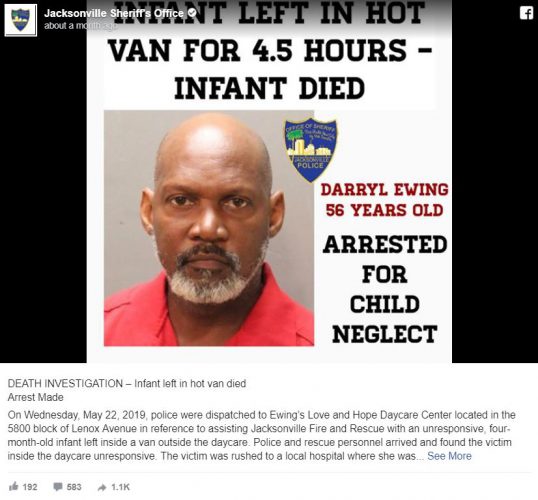 But that’s what happened. This four-month-old baby was accidentally left in a daycare van for five hours as the temperatures continued to rise until they peaked at about 92 degrees Fahrenheit. And the little girl was abandoned in the vehicle, presumably crying as loud as she could until she perished from “heat-related injury” that everyone knew was the fault of the daycare.

Because the incident has caused a lot of pain for people in the area, the Jacksonville Sheriff’s Office released a statement trying to make sure everything was clear. The statement was published to the Office’s Facebook page and confirmed that the driver of the daycare van Darryl Ewing was “booked into jail for child neglect.”

Besides being a driver for the daycare, Ewing also was one of the co-owners of the entire program for tots. And given the fact that temperatures reached 92 degrees on the day the child was left strapped inside the hot van, it is clear that the neglectful daycare worker was responsible for the baby’s death although it was obviously an accident.

Sheriff’s Assistant Chief Brian Kee spoke at a news conference to confirm that Ewing was arrested.

However, the baby was originally picked up by 56-year-old Darryl Ewing while on her way to the Love and Hope daycare. No other people were present while Ewing offloaded the children and accidentally left the baby behind. He got to the daycare at about 8:25 am. No one realized the baby was missing until the child’s mother called at 1:03 pm to talk about pickup. That’s when Ewing and others rushed to the van and found the baby died from heat-related injuries.

They immediately called 911, but it was too late.

“Police and rescue personnel arrived and found the victim inside the daycare unresponsive.” She was taken to the hospital where she was pronounced deceased.

Ewing is remorseful and very sorry about making a mistake. He never meant for it to happen that way.

What do you think about this tragedy in Jacksonville?