Bodycam Footage Shows What The Cop Said To The 9-Year-Old He Pepper Sprayed. 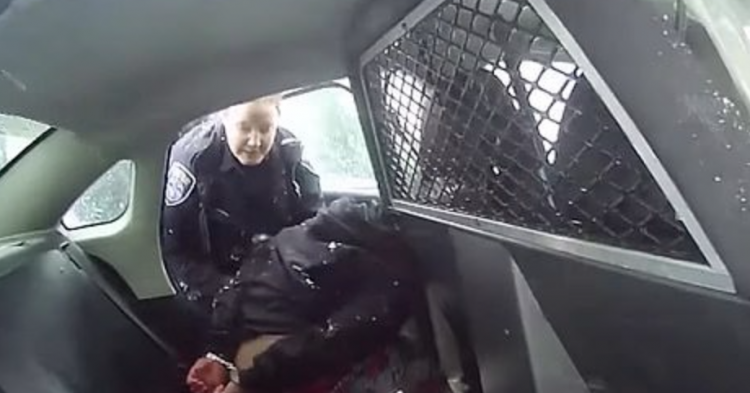 When a Rochester police officer sprayed a nine-year-old girl in the face with anti-riot pepper-spray, he also slammed her with a word of warning. Although the girl begged the police, “please don’t do this to me” and told the cop that “it burns,” body camera footage proves that the officer told the little girl, “you did this to yourself, hon” – and now the little girl’s family wants answers.

The shocking incident occurred on January 29, 2021, in upstate New York. Police officers with the Rochester Police Department arrived at the scene after receiving a call about “family trouble.” They were told that youngsters were involved and that a car had also been potentially stolen. 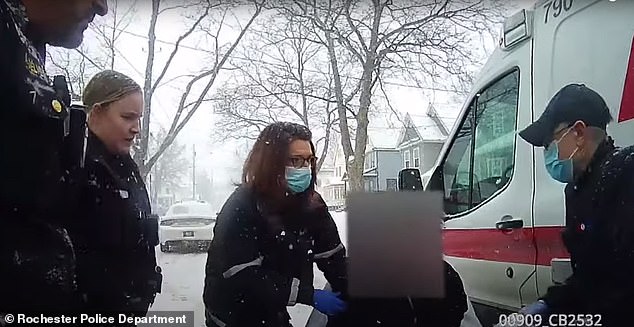 When police arrived, they spoke to the victim’s mother. The girl’s mother told police that the child was having a mental health episode and had threatened to hurt herself and other people. In response, Rochester police pepper-sprayed the nine-year-old girl who was suffering from a mental health problem.

Footage from the day depicts the elementary school girl crying and whimpering as she deals with the pain from being pepper-sprayed. While she is writhing and suffering, the little girl asks to be comforted by her father.

The victim in this incident of unnecessary force and potential police brutality was a nine-year-old Black girl. In the body camera footage, she can be heard begging for relief. Instead, she gets sprayed in the eyes with anti-riot pepper-spray. 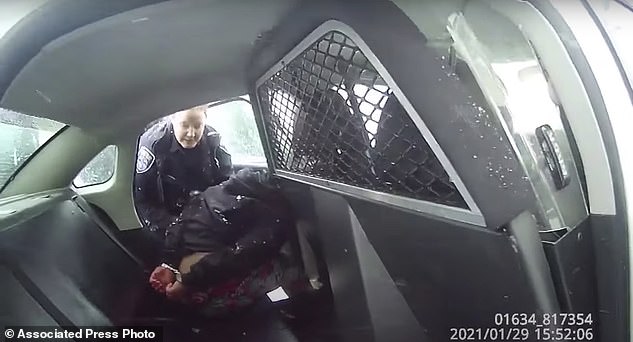 “Officer, please don’t do this to me,” the little girl pleads.

In response, the officer says: “You did it to yourself, hon.”

Now, the girl’s mother, Elba Pope, has hired an attorney. It is not clear if she has yet seen the damning body camera footage. Nevertheless, a little girl was unnecessarily hurt by a police officer.

Throughout the ordeal, the girl begs for medical help. She asks for an ambulance to come so they can remove the painful product from her eyes. She also asks if she can have her handcuffs temporarily removed so she can wipe away the pepper-spray before it drips into her mouth.

Remember, this is a nine-year-old girl who was handcuffed and attacked with pepper-spray.

“If you stick your head towards the window, the cold air is going to feel nice,” an officer tells the traumatized girl, indicating that she should stick her head out of the window like a dog. 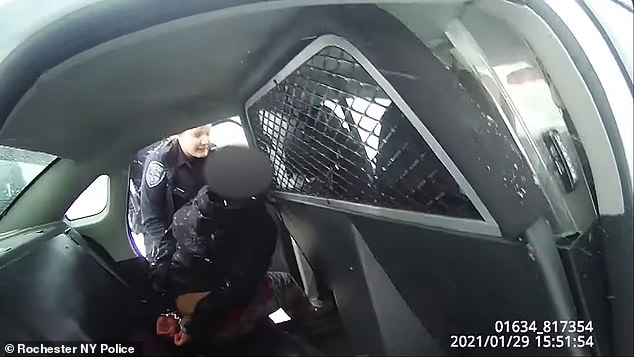 In response, another officer said: “Holy Toledo, that was crazy.”

When the ambulance does arrive, the victim is rushed to Rochester General Hospital. She was later released from the hospital and returned to her family.

One police officer was suspended from duty. Two other Rochester cops were placed on administrative leave.

Mayor Lovely A Warren was shocked by how the officers treated the nine-year-old child.

“I continue to share our community’s outrage for the treatment of this child and have ensured that she and her family have been connected to the support they need through our Person in Crisis team.”

Do you think a little girl should be treated so roughly by the police?