Bride Gets Slammed For Sending Her Guests These 11 Rules 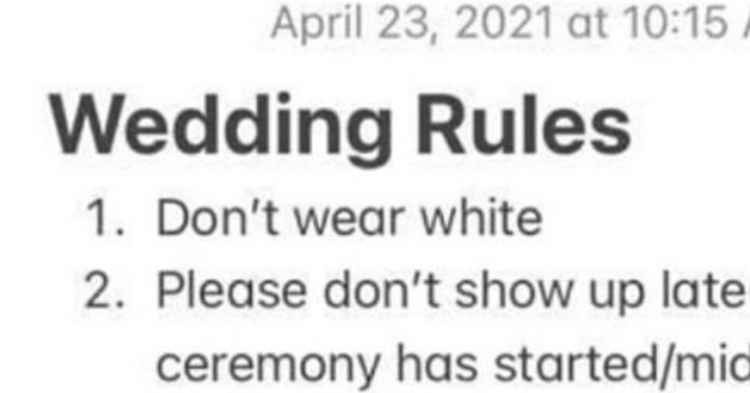 A bridezilla was ridiculed on social media after her eleven wedding rules were released. Many people complained that the bride-to-be was treating her wedding guests more like “inmates” and that her list of “ridiculous” rules had taken things way too far. Now, the bride’s very strict rules have gone viral across the internet as people take turns sharing comments about this American bride’s rules and how she is trying to micromanage every aspect of her upcoming wedding.

The rules for the wedding are listed in the photo below. But they are also listed here for you as well. 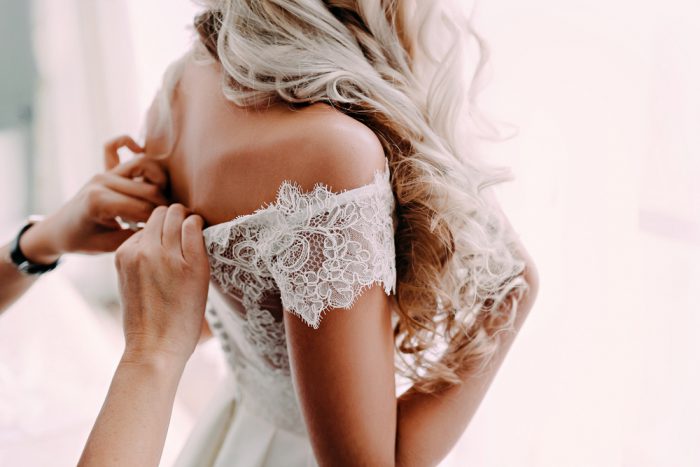 Many people shared their outrage regarding the rules to social media after the bride’s demands went viral.

“Surely there is a more polite way of doing this? This is rude. They are guests, not inmates. Surely people know? It’s common sense… If you need to give your guests rules, then I think you’re inviting the wrong kind of people,” one critic wrote. 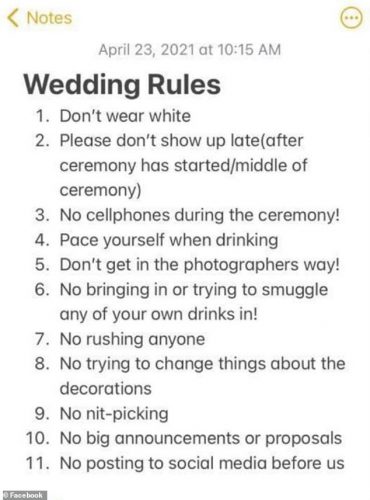 The bride responded, saying: “How is it rude? My fiancé’s mother needs rules because she is that type of controlling and narcissistic person.”

Some people suggested that the bride should have had a private conversation with her mother-in-law instead of demanding all guests follow her strict rules.

“If most of those rules are directed at your fiancé’s mum, I would talk to her directly if you’re that concerned. Addressing all the guests with these blanket rules seems like overkill,” one wrote.

The bride stood firm in her decision to share the rules, “She’s not one to just ‘talk to.’ I tried talking to her once about not piercing my daughter’s ears because I wanted to wait, and she blew up and swore at us… and walked out.”

The bride doubled down on her rules and insisted that she didn’t “care” what anyone thought about her rules. Since it was her wedding day, she said she was going to behave how she liked since the day was all about her and her dream wedding.

“The issue isn’t the rules. It’s the way your way of displaying them,” commented one person.

The rules were very unpopular on social media. One person thought that bride’s fiancé should have spoken to his mother about her meddling.

“Have your fiancé talk to his damn mother and stop treating the rest of your guests like children. Have the “no phones” on a sign as people walk in… Don’t hand people a set of rules like they are in school. This has bridezilla written all over it,” the woman wrote.

Nevertheless, the bride did have her defenders who thought what she did was “necessary” and “fair.”

“I agree with all of them, and I don’t actually think it’s put rudely either. They were written plainly and without flowery language, but that doesn’t make them rude. It’s just neutral,” one wrote.

What do you think about the wedding rules?