Bride Wants To Fire Her Sister From Maid Of Honor Duties After Surgery Will “Ruin” The Photos : AWM 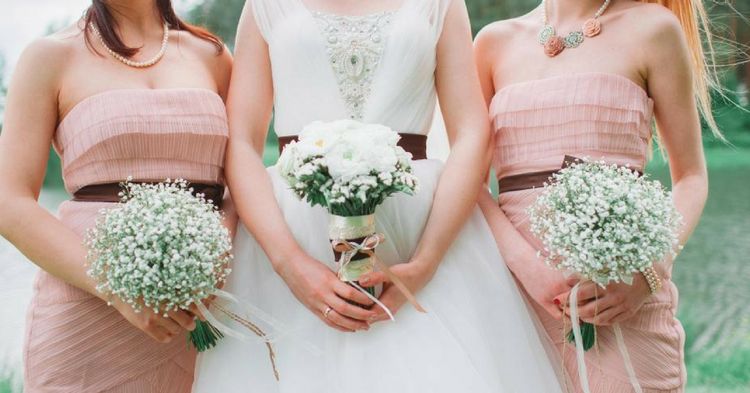 Weddings can be a stressful occasion. Because they’re supposed to be the best day of the bride’s life (besides the day she gives birth), a bride can transform into a bridezilla if she’s a control freak. When these brides try to make everything “just right,” they end up becoming a source of turmoil for everyone else involved in the wedding party or planning process.

But when one anonymous bride, 24, admitted that she wanted to kick her 20-year-old sister out of the wedding party and “fire” her from her role as maid of honor, she might have crossed a line. Because the sister tore a ligament in her elbow years ago, she needed surgery to fix it. She booked that surgery just a week before the wedding, which meant she was going to have to wear a cast or sling during the wedding photos. This went against everything the bride had visualized for her big day.

“Obviously, I want my sister to be pain-free and finally get her surgery. But, like any human being, there is a selfish side of me. I don’t want her to be the maid of honor at my wedding because she’ll be wearing a sling in all of the photos and videos from the wedding.”

Does this wish make the bride a bridezilla – or worse – cruel? Many people thought so, as was evident from the comments. Many people labeled the 24-year-old bride a typical “bridezilla” who cared more about the details of her wedding than the two families it was supposed to bring together.

“Putting photos before the family is a horrible thing to do. They are just pictures. Pictures that’ll likely be in a box hardly ever seen. Selfish bridezilla much?”

Another person wrote, “The presence of a sling in your photos bothers you more than the absence of your sister would. This is some textbook a**hole bridezilla behavior.”

Another shared, “Yikes. You’re getting married, not throwing a photoshoot. Try to remember what your wedding is really about, or all the planning setbacks and minor, aesthetic details that don’t go right will destroy you.”

More people agreed, “You should want her there to support you and be a part of your special day. Not to be an aesthetic image to look at in pictures. Get over yourself!”

While readers thought the bride was terrible to her little sister, she decided to write more words to see if she could convince people that she wasn’t as much of a bridezilla as people accused her of. She ran the idea behind family members who called her “horrible” for even bouncing around such an idea.

What do you think? Should the bride boot her sister from the maid of honor role or keep the sling at the wedding?