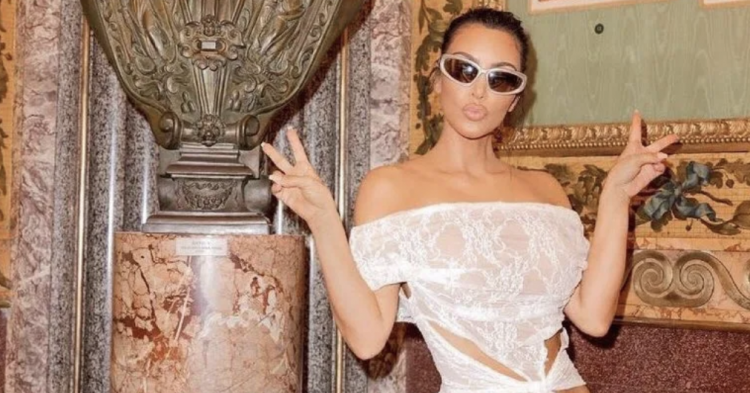 With millions of followers and thousands of haters, Kim Kardashian may be one of the most love-hated popular personalities on social media. Because she launched her media career on the coattails of her leaked sex take, Kardashian is not shy about showing off her body and revealing her skin in tantalizing pictures. But her recent trip to the Vatican might have been a little bit too risqué…

During a recent trip to Rome, Kardashian was seen flaunting her curves in a white body-contour dress made of lace that was strapless and had cutoffs in the midsection area. She matched the nude and white dress with nude sandals and sunglasses to complete her look. 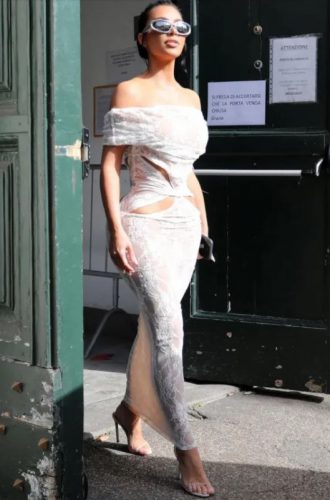 Kardashian’s outfit was made all the more controversial because it seemed to be making a statement around the Vatican’s treatment of women. Because her dress included “ovary cutouts,” she was highlighting her femininity as well as her power as a woman. The ovary cutout design was popularized by Bella Hadid, according to InStyle.

The Vatican is known for its extreme conservativism, which was a reason many social media users were shocked to see Kardashian flaunting so much skin during her visit. Although the Vatican has a dress code and expects women to cover up more than Kardashian was, she was allowed to wear the outfit when she made visits throughout the hometown of the Pope even though she was going around in a skin-tight dress that showed a lot of skin. 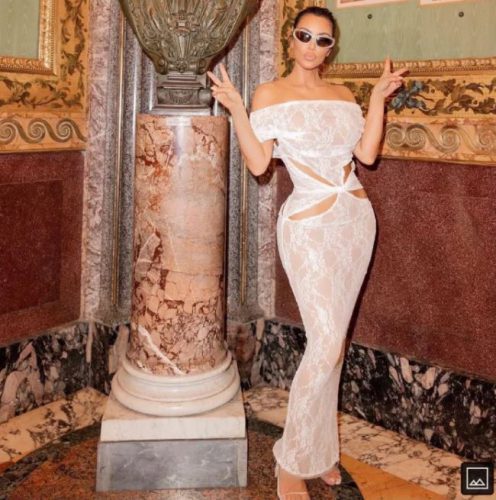 One website called Vatican Tips addressed how strict the dress code was at St. Peter’s Basilica.

“The dress code enforcement at St. Peter’s Basilica is VERY VERY STRICT. Absolutely no knees, no shoulders, no hats. Even if you have lined up for an hour and get through security, if your knees and shoulders are showing, you will not be allowed in. It can even become a little ridiculous, such as if you are wearing a dress or shorts that almost reaches your knees, the security will ask you to stretch them down. Also, you will see some people with sweaters wrapped around their waist to hide their knees, which is allowed.”

However, there is an option for women who arrive in the Vatican without the proper attire. Many shops and stores in the area sell paper outfits so people can cover-up. The writer for Vatican Tips wrote, “Most souvenir shops around the Vatican sell basically paper pants/trousers. I actually had to buy a pair before when I was young and naive and unaware of the rules when I first entered into the Vatican.” 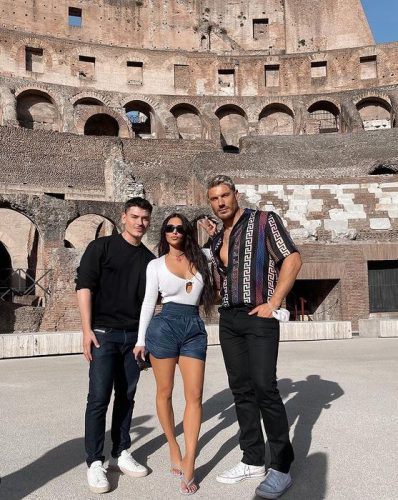 During her trip to Italy, Kardashian met up with supermodel Kate Moss and her daughter Lilia Grace, according to popular reports in the media. She also spent some time alongside makeup artist Mario Dedivanovic and hairstylist Chris Appleton, according to Opposing Views. Kardashian posted about her “glam fam” and their visit to the famous Colosseum.

Do you think Kim Kardashian should have dressed differently for her visit to the Vatican? Or should she be able to dress however she pleases?