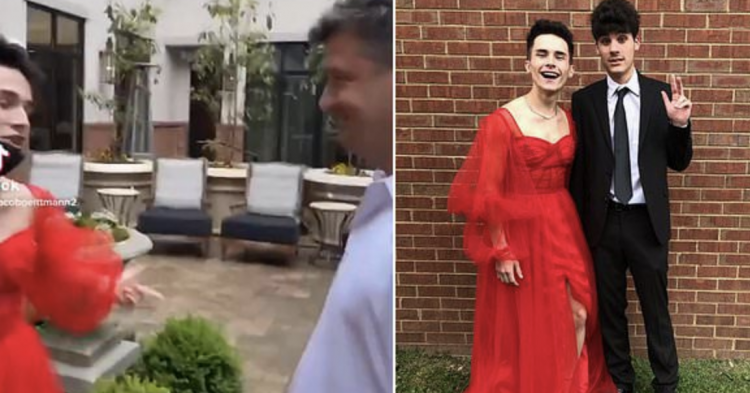 On Saturday, Sam Johnson was harassing a teenage boy for wearing a dress. The 18-year-old boy, Dalton Stevens, wore a red dress to his school’s senior prom as a statement because “clothing is gender-less.” Meanwhile, Stevens’s boyfriend, Jacob Geittmann, filmed the altercation between the teenager and Johnson, a CEO of a Tennessee healthcare company. Now, Johnson, the former Chief Executive Officer of VisuWell, has been fired from his job because he lashed out at a teenage boy for looking like an “idiot” by wearing a red dress to his senior prom.

Although Johnson appeared in the footage, he denied that it was him and that he said what he said. However, Dalton managed to make his case that “clothing is really gender-less” and” that it has no meaning.” But it seemed to be a very important issue to Johnson, 46, who could not stand watching the eighteen-year-old boy wearing a dress to his school’s senior dance. 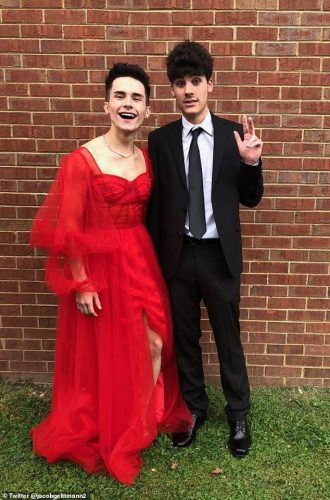 However, Johnson is now out of a job because he was caught being mean to the teenage boy regarding his dress. VisuWell confirmed that they had cut ties with the former CEO because they have a “zero-tolerance policy for intolerance.” 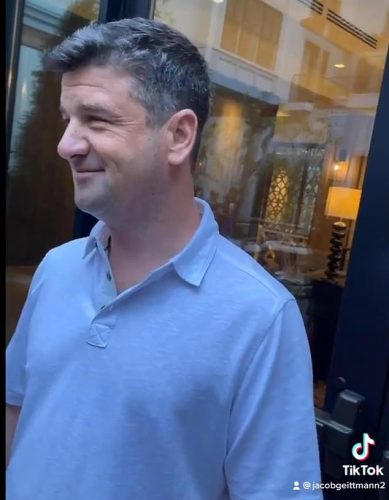 Prior to their dance, Dalton and his boyfriend were taking photos at the Harpeth Hotel in downtown Franklin. This was when Johnson came up and accosted them.

Dalton explained that Johnson harassed him and his boyfriend while they were trying to finish their photoshoot.

“I explained [why I was wearing the dress] to him, and he continued to just call me names and just follow me,” Stevens explained. 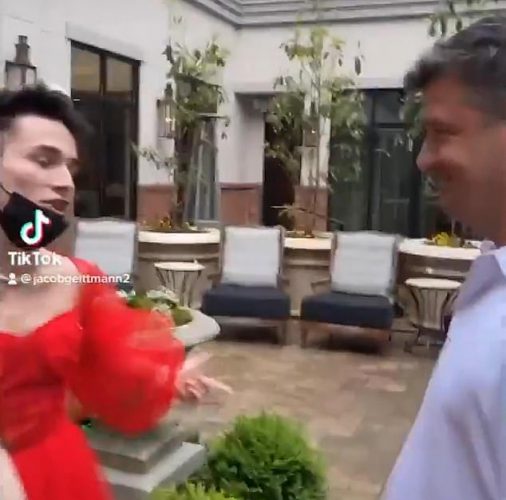 Dalton explained that he and his boyfriend could hear Johnson making “homophobic” remarks within earshot. The former CEO then went so far as to approach the boy in the dress and launch an interrogation into why he was wearing it in the first place.

Johnson said, “you have hair on your chest. You shouldn’t be wearing a dress.”

Meanwhile, Geittmann caught Johnson on camera. During the exchange, Johnson said that he thought the teen boy in the dress looked “disgusting.” 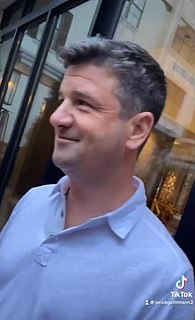 Geittmann later shared the shocking footage to TikTok, where it promptly went viral. Onlookers even try to step in to defend the teenagers from the rude things coming out of Johnson’s mouth.

As the footage wraps up, Dalton proclaims, “I’m sorry, I’m gorgeous.” Johnson lashes back with a sarcastic, “are you?”

Unfortunately for Johnson, celebrities including Kathy Griffin and Billy Porter took notice of the footage and shared it on social media.

Griffin retweeted the clip with the caption: “If this is Sam Johnson in Nashville, Tennessee, the CEO of VisuWell, healthcare-tech-growth strategist, married to Jill Johnson where they may reside in Franklin, Tennessee, it seems like he’s dying to be online famous.”

Johnson was promptly fired from his job as CEO after Griffin’s tweet went viral.