Clapping Your Hands Is Now Being Banned Because It Causes Anxiety : AWM

Clapping Your Hands Is Now Being Banned Because It Causes Anxiety 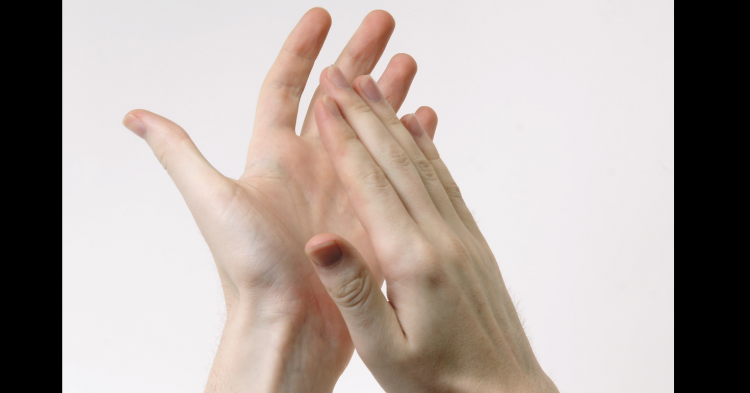 What do the theater, a kindergarten graduation, and a sports game all have in common? Clapping. And for some people, those who suffer from post-traumatic stress disorder, clapping and applause can be anxiety causing. That’s why the student union at the highly-acclaimed University of Oxford has decided to put an end to clapping once and for all by replacing it with “jazz hands” during all official events.

Because some students find clapping to cause anxiety, some students are asking that everyone else stop clapping. And they won. No longer will students at Oxford, and soon other colleges across the world, be encouraged to put their hands together when they welcome someone to the stage or celebrate an achievement. They’ll be asked to keep their hands apart and wave them silently through the air.

Oxford University might be trying to pioneer this “progressive” measure, but they’re not alone, nor are they the first to do this. The University of Manchester, which is currently holding protests against Mahatma Gandhi and calling him an “anti-black racist,” already banned clapping on campus last year. The student union at Manchester included the suggestion that new students should be trained not to clap as part of their orientation to life at Manchester.

Although other parts of the world might not recognize jazz hands, the British know it as the British Sign Language movement for applause. That means the substitution of clapping with jazz hands makes sense as it is already used by those who are hearing impaired.

Events held by Oxford’s student union will encourage audience members to use jazz hands instead of regular applause. Although the student union has made the change within their own organization, they’re lobbying to have it changed for all events at the college in the coming weeks and months. Although it might not be easy for them to win the challenge, they’re eager to fight in order to protect the minority of people who experience anxiety at the sound of clapping.

“The policy was proposed in order to encourage the use of British Sign Language clapping during our democratic events, to make those events more accessible and inclusive for all, including people who suffer from anxiety,” said Sabb Roisin McCallion, an Oxford student union officer, The Tab reported. “Inclusivity is one of the Students’ Union’s founding principles.”

Although Oxford University and the University of Manchester are pioneering the use of jazz hands for all campus events, it was previously recognized that clapping “triggers anxiety” back in 2015. That determination was made when the National Union of Students of the United Kingdom decided to use jazz hands instead of clapping as a way to avoid trigger anxiety in some students and people in the audience.

“Jazz hands are used throughout NUS in place of clapping as a way to show appreciation of someone’s point without interrupting or causing a disturbance, as it can create anxiety,” said Nona Buckley-Irvine, general secretary at the London School of Economics Students’ Union.

Why does clapping “trigger anxiety?”

Because of the sudden sound, people may be reminded of traumatic events like gunshots or other scary memories. Clapping can also make people feel anxious socially.

What do you think of the move to ban clapping?