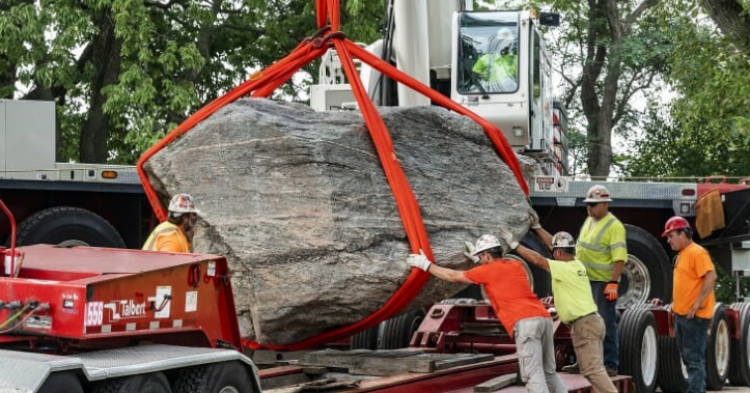 For years, students at the University of Wisconsin–Madison have seen the Chamberlin Rock as a divisive symbol of a racist past. The rock has been located at the top of Observatory Hill since 1925, the same year a newspaper gave the rock a horribly racist nickname complete with a racial slur. At the time, the term described any large and darkly-colored rock. Now, students from Wisconsin-Madison have successfully gotten the college to remove the rock from their campus and take it to an offsite location where it will no longer haunt students with its racist connotations.

The university’s campus is located on ancestral land belonging to the Native American tribe, Ho-Chunk. In partnership with the college’s Native American student organization Wunk Sheek, the Wisconsin Black Student Union successfully petitioned the school to remove the rock from the campus. 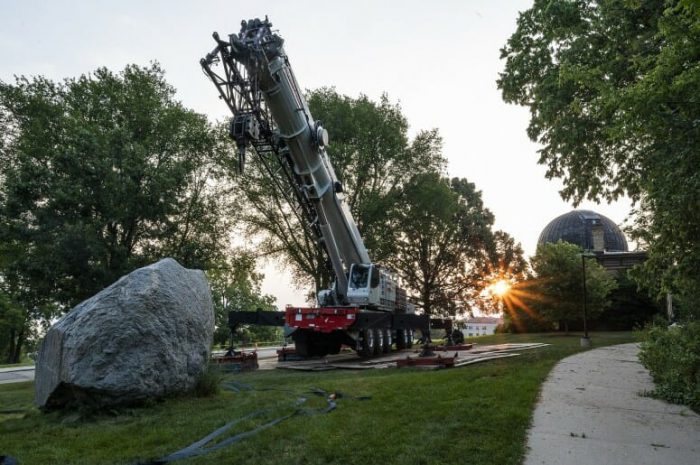 “It took courage and commitment for the Wisconsin Black Student Union to bring this issue forward and to influence change alongside UW’s Wunk Sheek student leaders,” said Vice Chancellor for Student Affairs Lori Reesor. “In the midst of demands for justice following George Floyd’s murder last summer, the students wanted updates on campus, and they worked hard to see this through. While the decision required compromise, I’m proud of the student leaders and the collaboration it took to get here.”

On Friday, the rock was removed from the campus. Among the small crowd gathered to watch it be hauled away by crane was University of Wisconsin-Madison senior Nalah McWhorter, who serves as president of the Wisconsin Black Student Union during 2020 to 2021 academic year.

“It was very meaningful for me to be there and to see the process all the way through to the end,” McWhorter said. “It was about a year ago that we released our demands and met with the chancellor and explained to her why those demands meant so much to us. It was a powerful moment today to see this demand come full circle.”

Although removing the rock from campus does not erase the legacy of racism that plagues America, McWhorter sees it as a small example of how real people can enact meaningful change. She hopes the success story will inspire other student activists to petition for change on campus and beyond.

“I see this as offering the next generation of students something to build off of,” she said. “We got this project going, and now the next round of students can continue to work on the other demands and come up with other ideas. We hope this movement and this momentum carries on.”

Wisconsin Black Student Union member, junior Tina-Taliana Ross added: “I think it’s a start. It feels like we can build on this momentum and continue to make positive changes for our campus community. Together with the support of everyone here today, I feel confident that we can achieve anything.”

Chamberlin Rock has been removed from the University of Wisconsin-Madison campus and is expected to be placed in a museum offsite. The rock is believed to be more than two billion years old and was named after Thomas Chamberlin, a famous geologist who was president of the university from 1887 to 1892.