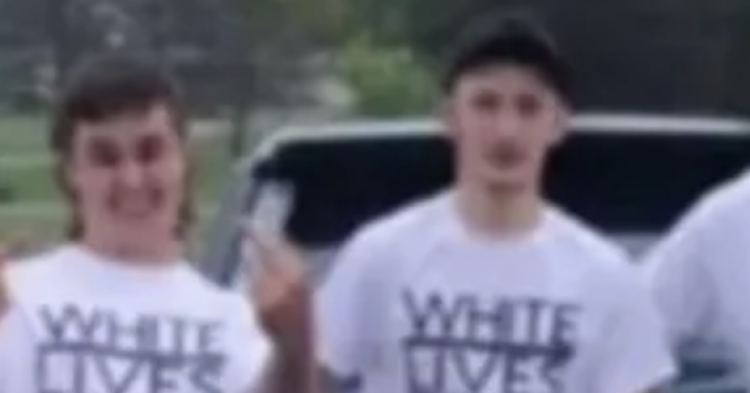 A group of white students stood in front of a pickup truck for a photo opportunity to proudly show off their “White Lives Matter” t-shirts. However, the students, who go to school inside a Pennsylvania school district, sparked outrage among the community because the slogan, which was created in opposition to the Black Lives Matter movement, is seen as a divisive response to racial equality.

Community members were appalled that these students thought it was a bright idea to display their love for the White Lives Matters slogan, which has been linked to white supremacist groups and activities. The photo featured young men, some of whom were flaunting offensive gestures, standing in front of pickup trucks and other vehicles as they showcased the T-shirts they all decided to wear at the same time. 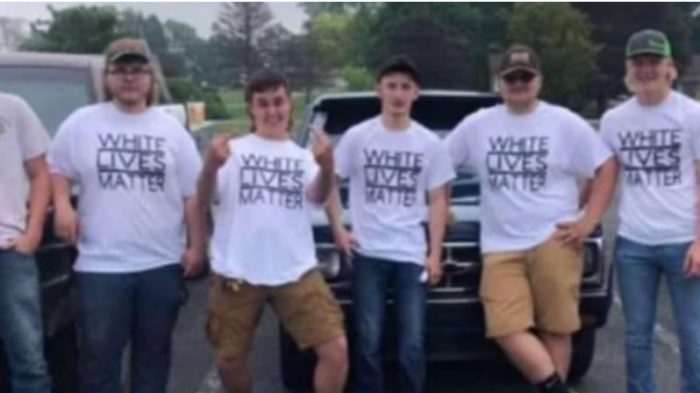 The students in the photograph were all attending institutions in the Montgomery Area High School in Montgomery, Pennsylvania. Locals who saw the photo were outraged that these young men decided to flaunt their opposition to the Black Lives Matter movement.

According to VICE reporter Samir Ferdowsi, who managed to speak to members of the Montgomery community, the students in the photo were seniors posing for the picture on the last day of classes. They were about to be done with school, so they decided to showcase their political views by wearing the shirts with the controversial message showcased across their chests.

“They were sent home from school. It was the LAST DAY. There were NO other repercussions. They even went to prom the very next night,” one source told VICE News in an email. “Some of them are seniors going off to represent OUR school and town.”

One anonymous person told Ferdowsi that White Lives Matter is a popular belief in the predominately white Pennsylvania town. The source said that to “go against the grain” and advocate for racial equality was often met with bullying and harassment by other people in the community who preferred the slogan, White Lives Matter.

However, many concerned citizens demanded better behavior from people in the community. In a letter published in The Williamsport Sun, one citizen demanded a public apology because of the photo.

“I am ashamed for the town which prides itself in having such a great school,” Sherry Lee Havonbrook wrote in the letter. “I’m horrified for the targeted students, staff, and those that attend that do not align with such bigotry. I hope things get better, but I’m disgusted.”

The photo came to the attention of the community when someone shared it to Snapchat along with the following caption: “One of the most disrespectful things I’ve ever seen happen in Montgomery. The only reason you did this was to piss people off and look like a complete racist, not funny at all.”

“Each graduating class has roughly 45-60 kids per class,” the source told VICE News. “So in a town like this, you don’t really go against the grain, or you are bullied and ostracized.”

What do you think about this image of high school seniors wearing White Lives Matter t-shirts?