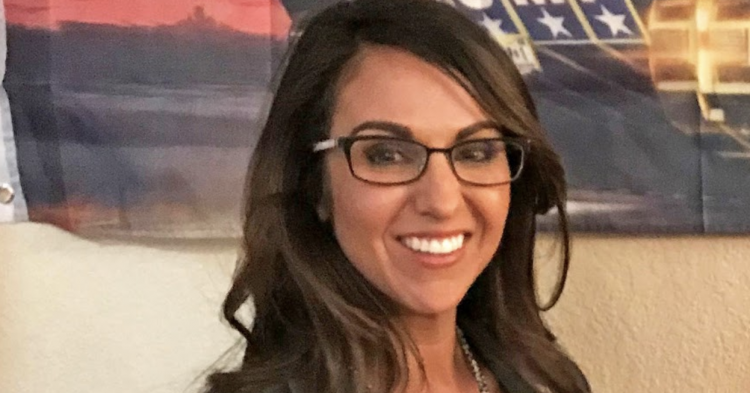 When Rep. Lauren Boebert appeared for the virtual House National Resources Committee meeting, she showed up in front of a background that shocked her liberal colleagues. Boebert loaded her background with various guns and firearms, including some that were military-style and others including pistols that would be used for concealed carry. The guns were haphazardly thrown onto the bookshelves behind her and seemed to be stuffed into the Zoom background to make a pro-gun statement during the committee meeting.

With politicians and reporters watching the meeting, Boebert knew that she was going to be making a statement with all of the guns. 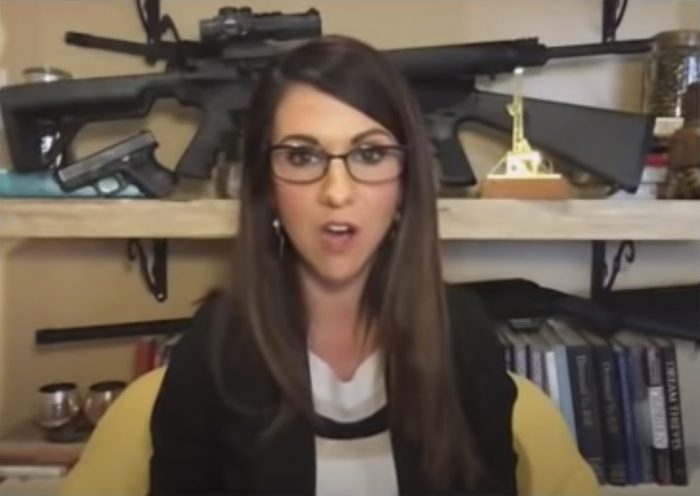 Rep. Katie Porter was one of the people to share a response to Boebert’s pro-gun Zoom background.

“I always thought my dirty dishes piled up and accumulating bacteria were the most dangerous thing in a Zoom background,” Porter wrote on social media while adding a few emojis and the hashtag, #SafeStorage.

Democrat Rep. Jared Huffman, a member of the committee, stated: “If somebody wants to have a shrine to their gun fetish as a Zoom backdrop in their private life, they can do that. But this is our hearing room, and at some point, we will get past the COVID epidemic, and we’ll all start showing up in person and our safety and our ability to conduct business civilly, without feeling threatened, is a relevant consideration.”

An unaffiliated Twitter account called RoomRater has been known to offer opinions of the Zoom backgrounds of prominent people like Rep. Boebert. However, RoomRater gave Boebart’s room a rating of 0/10 because she improperly staged dangerous weapons in the shot. 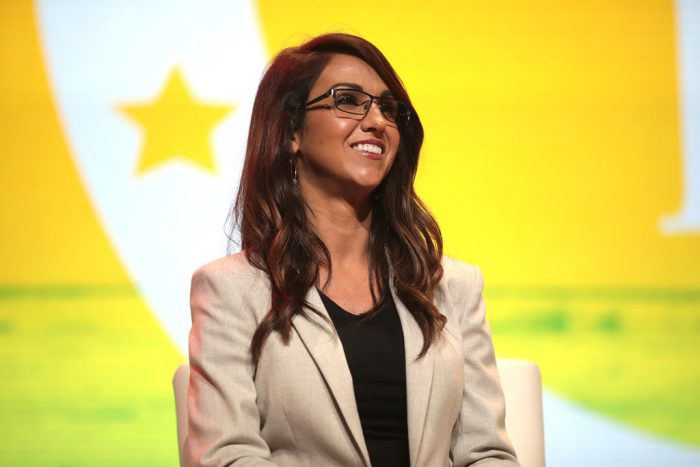 “Unsafe gun storage is no laughing matter. Is this Fascist fraulein really the best Colorado’s 3rd CD can do? 0/10,” the tweet read.

Boebart hit back against all of the criticism by claiming that the guns were not in the background for storage. Instead, she claimed that each firearm in the video was loaded and ready for combat.

“Who says this is storage? These are ready for use,” she stated.

Boebart has never hidden her love of guns. She is the co-owner of Shooters Grill, which is a gun-theme restaurant in Rifle, Colorado. The restaurant recently made news by hosting a super spreader event that made 80 people sick during a rodeo by violating the state’s coronavirus regulations. 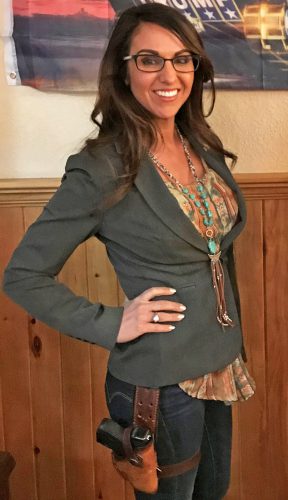 Boebart was also accused of aiding the rioters who joined the insurrection on January 6, 2021. Rep. Steve Cohen spotted her providing tours of insurrectionists days before the attack on Congress. Boebart even admitted that those who provided Congressional details to were in the mob.

“We saw Boebert taking a group of people for a tour sometime after the 3rd and before the 6th. … Now, whether these people were people that were involved in the insurrection or not, I do not know.” Rep. Cohen told CNN.

Boebert claimed the claims were “slanderous” and “false.”

Now, Boebert wants to bring her weapons into the halls of Congress. Other members object on the grounds of safety.

What do you think about her Zoom background?