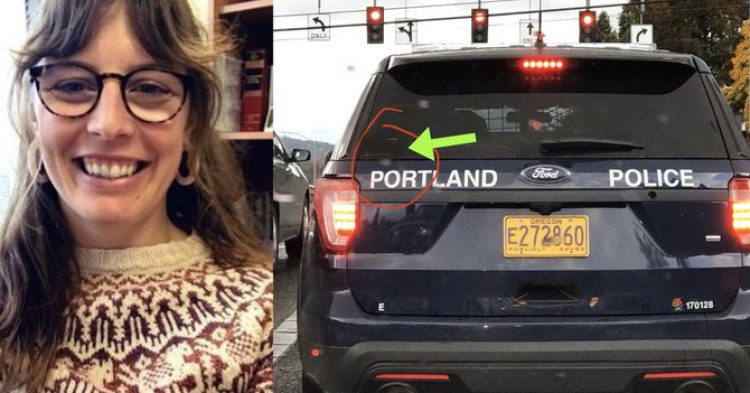 When an attorney decided to take her cause to the social media outlets, she has sparked a conversation about what is and what is not acceptable for display on a police car. Because taxpayers pay cops their salary, the criminal defense attorney from Portland, Oregon, Lindsey Burrows, believes that police officers must be representative of all people in the community and not just groups that share their same political or religious views.

That’s why Burrows snapped a photo of the “unacceptable” decal on the police cruiser and took to Twitter to start a debate. Her tweet featured a snap of the Thin Blue Line flag sticker, which is an anti-Black Lives Matter group that was created to advocate for the safety of police officers who risk their lives in the line of duty. The sticker that Burrows found was in the shape of the state of Oregon. 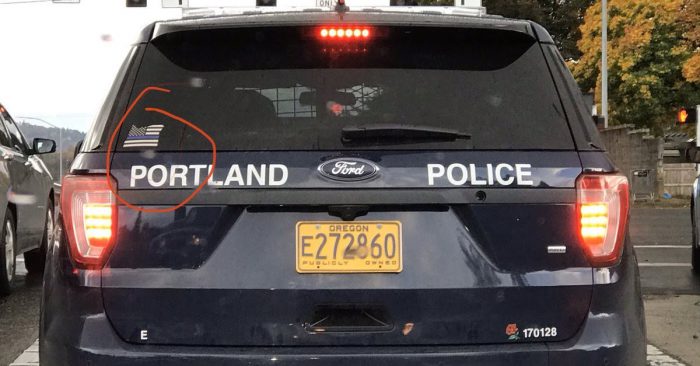 Her tweet read, “This is unacceptable, Portland Police, Ted Wheeler, Chief D Outlaw. Is the person driving this car going to be conducting traffic or pedestrian stops? Terrifying. Also, didn’t the county just settle a $100,000 lawsuit over this BS? The city is. Next, I guess.”

Because the Thin Blue Line group has been labeled racist, the lawyer’s tweet sparked a lot of debate online. Quickly, her post went viral as people on both sides of the political discuss came forward to either criticize the Portland police department for including the sticker on one of their cruisers or to defend the police officer’s right to express allegiance to the anti-Black Lives Matter group that has a political motive.

Although the Thin Blue Line Flag has become popular as a response to the Black Lives Matter movement, which raises awareness around police brutality and racism against black men, the phrase “thin blue line” has been used in the law enforcement community since the 1950s. But the flag was a more recent development when a graphic designer got involved in the political cause.

“Thin Blue Line flags are just flags that express support for law enforcement. They have no direct connection to any Blue Lives Matter organization outside of their original meaning to show support for police,” the Blue Lives Matter Editor in Chief explained. His name is Christopher Berg. 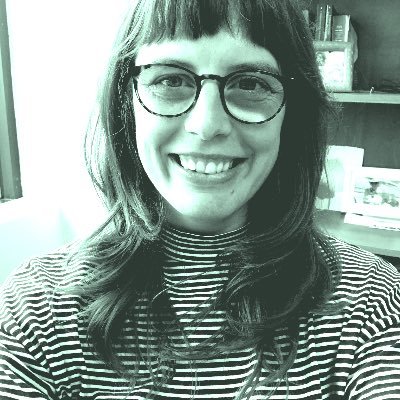 Although Berg claims that the thin blue line and the Blue Lives Matter group do not share a common thread, reports have made it clear that this assertion is not true. Previously, the Oregonian reported about the thin blue line, “It has been incorporated into the Blue Lives Matter initiative that followed the fatal shooting of Michael Brown by Officer Darren Wilson in 2014 in Ferguson, Missouri. Critics say the symbol and the initiative belittle the Black Lives Matter movement that focuses on police brutality against black people.”

Burrows’s tweet has sparked a lively discussion in the community in Portland and beyond. Portland Police Bureau Lieutenant Tina Jones stated that the department was monitoring the tweet and did not know who placed the sticker on the car or if it was even an officer.

“Our vehicles are shared, and at this time, it is uncertain when it was placed on the vehicle and by whom,” she said.