Cop Finds Abandoned Duffel Bag In The Grass. Unzips It And Screams At The Top Of His Lungs : AWM

Cop Finds Abandoned Duffel Bag In The Grass. Unzips It And Screams At The Top Of His Lungs 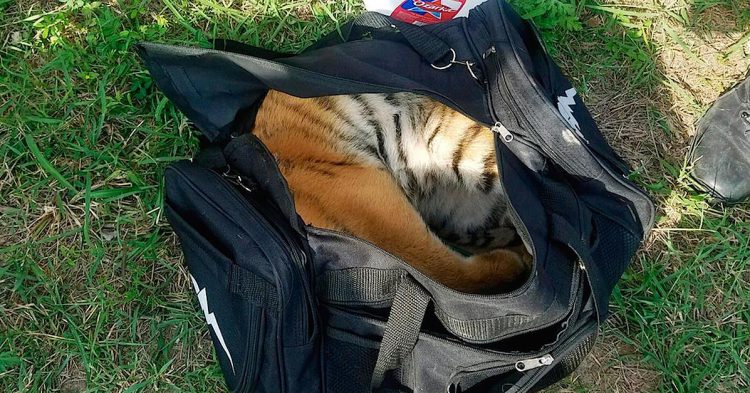 One cop was on routine border patrol in Brownsville, Texas when he noticed something strange. It was a duffle bag that appeared to have been abandoned. The border agent was Marshall Maynard, and he had been following three people who tried to enter the United States illegally in April 2018. But when they saw Marshall, they flew without the duffle bag – and when he got to it, its contents changed his life forever.

When Maynard unzipped the duffle bag, he could not believe his eyes. Inside there was a three-month-old tiger cub. Not a house cat, but a genuine tiger. The poor animal was on “death’s doorstep.” Temperatures in April in that part of Texas had risen to an astounding 107 degrees. This cub was in danger unless it got to the right people fast. 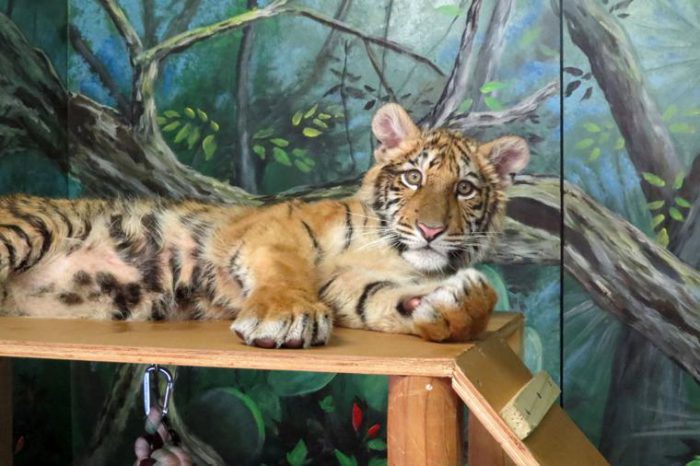 Thankfully, the cub was taken to Gladys Porter Zoo. But if it had taken any longer, then he would have died.

“It’s safe to say that had this ordeal gone on for even 30 minutes longer if he’d been in that duffle bag for another 30 minutes, we would not be having this conversation today; he would’ve been dead,” Gladys Porter Zoo senior veterinarian Thomas DeMaar said. “Fortunately, the timing was perfect. Through various medical methods, the veterinarian staff at the zoo brought his temperature down. There was a day or two when we were wondering if he was recovering, but he did very well.”

There it got treated and has fully recovered. Now the cub has earned the name Wiley. He weighs about 70 pounds and has other big cats to play with.

“The tiger cub is doing very well,” DeMaar said. “It has gained weight. It has pretty much doubled in weight since it arrived. … He has bounced back from his ordeal and, in a few days, he will be leaving here and is going to a sanctuary in Wylie, Texas, that specializes in caring for large cats that don’t have a home.” 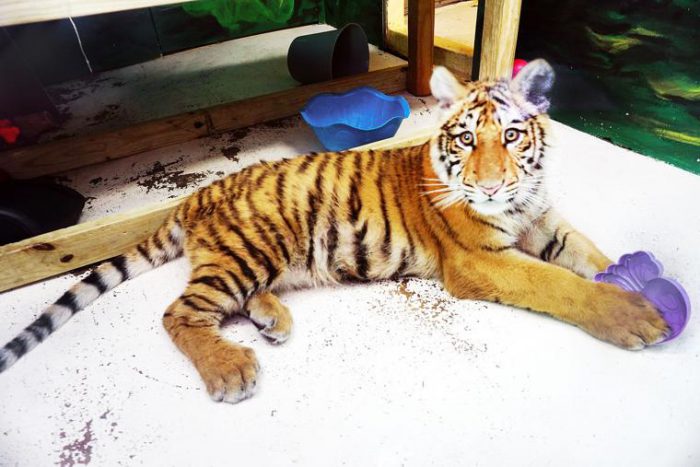 Smuggling wild animals is a big problem in Texas. That’s why Gladys Porter Zoo hopes to educate people about the issue.

“We created an exhibited on wildlife trafficking to teach the public about the dangers of wildlife trafficking, how wildlife individuals and wildlife parts, either shells, all different types of things, skins, feathers, are transported around the world,” DeMaar said. “Sometimes, people don’t even know that these things are prohibited or that they have a serious effect on wildlife conservation. These animals are being extracted from their natural habitat and put in a commercial entity.”

Mary Garcia is a resident of Harlingen who followed the story of the tiger cub since the beginning. She visited the exhibit and saw the cub in person.

“He looks really healthy, and his fur is really nice,” Garcia said. “That’s so awesome that we’re so lucky that we have a zoo here that can take care of him.”

But she wishes people wouldn’t mistreat beautiful animals like this tiger cub.

“I think it’s so sad,” Garcia said. “These animals, they’re wild animals. They shouldn’t be pets. People shouldn’t try to make them be pets. They’re so beautiful, but they can be so dangerous too. You never know when they get older.”