Couple Outraged After Walmart Refuses To Print Their Engagement Photo 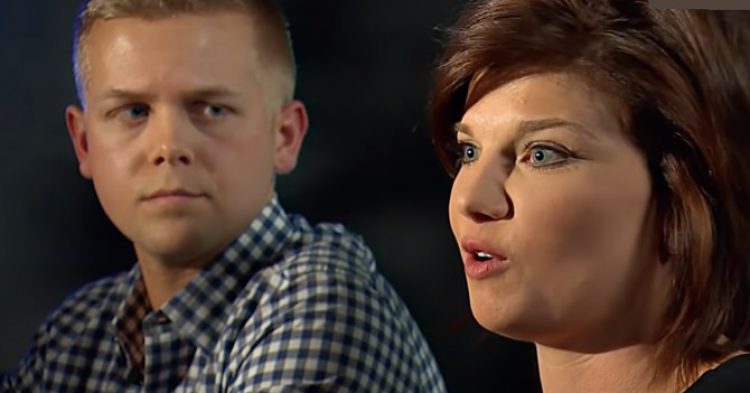 More than anything in the world, Stephanie Wehner wanted to join her life together with fiancé Mitch Strobl. Like many brides-to-be, Wehner wanted everything just right. Every detail of her photo shoot was planned to the last detail. And in one picture, she told her fiancé to place his beloved 12-gauge Ruger Red Label shotgun over his shoulder just the way that she liked it.

Strobl straddled the gun across his shoulder with the action opened and held his woman in his other arm as the two of them smiled directly into the camera. This image was one of Wehner’s most favorite pictures because she felt it captured the love they shared for each other and for firearms.

“It depicts our love for each other, and I wanted to be able to display those at the reception,” Wehner said.

Because their wedding was scheduled for the weekend, Wehner decided to submit thirteen pictures online featuring her and her fiancé in various poses at various stages of intimacy. Among the thirteen photos that Wehner submitted online to her local Walmart was the one with Strobl holding his shotgun across his shoulder.

Strobl stated, “She came with the idea to take a creative picture where we include something that is important to us.”

When the bride arrived at her Walmart to get the photos for the wedding, she realized that one was missing. Walmart refused to print the image of her fiancé holding the gun because the company has a very strict policy when it comes to printing images of firearms.

“She was very nice but very matter-of-fact like she was not going to budge or give me my photo.”

Instead of bending to Wehner’s will, the Walmart clerk stuck by her guns and handed the bride a slip that said, “MINUS ONE 5 X 7. NO WEAPONS.”

The clerk told the bride that it was Walmart’s “policy” not to print images of guns. The clerk added that images like Wehner’s contribute to “gang culture” around America.

Wehner was offended when the Walmart clerk confused her with a gang member.

“To automatically be lumped into that category of a gang… that hits a little close to home for us because that isn’t our intent at all.”

Strobl works with creating hunter safety and outdoor recreation manuals. He prides himself on being more careful with his weapons than the next guy.

“I did that in this picture; I made sure the action was open… that was a safe photograph.”

Although the Texas Walmart clerk denied Wehner the image, a representative of Walmart claimed the company and that location did not have an anti-gun policy. The store makes money from gun lovers by selling them firearms and ammunition in certain locations. They would never want to dissuade customers from buying weapons at Walmart.

“We had a new associate who was misinformed. Her actions are not consistent with our policy.”

Now the bride will hunt for a new photoshop to print her engagement photo with the shotgun.

What do you think about Walmart’s alleged photo printing policy?