Court Rules That Confederate Statues Can Be Taken Down 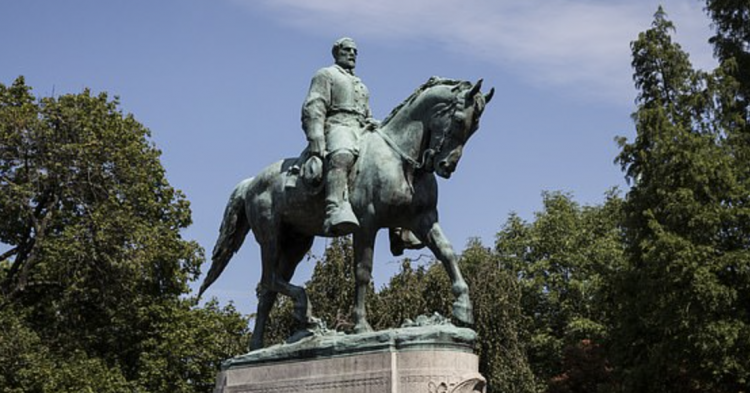 On Thursday, Virginia’s Supreme Court ruled that Confederate statues can come down. The ruling, which included a decision on the Robert E. Lee statue that sparked the deadly white supremacist rally in Charlottesville, Virginia, in 2017, determined that Confederate statues are not protected and can be removed. However, a group of residents from Charlottesville had filed a lawsuit blocking the removal of the Lee and General Thomas J. “Stonewall” Jackson statues, which Charlottesville’s city council had voted to remove.

In 2017, neo-Nazi groups and white supremacists joined forces to lead the “Unite the Right” rally in Charlottesville, which resulted in the death of a young woman after a white nationalist drove into her with his car. The white supremacists were gathering to defend the Confederate statues that had been erected to celebrate the state’s centuries of slavery. However, the statues were only recently put in place. The Jackson statue was unveiled in 1921, while the Lee statue was unveiled in Lee Park in 1924.

However, the Thursday Virginia supreme court decision put an end to the debate once and for all. State Supreme Court Justice Bernard Goodwyn confirmed that both statutes were put in place long before a Virginia law that regulated “disturbance of or interference with” alleged war memorials and monuments.

“In other words, (the law) did not provide the authority for the City to erect the Statues, and it does not prohibit the City from disturbing or interfering with them,” Justice Goodwyn wrote.

“The circuit court erred in failing to interpret the statute according to its plain language meaning,” Goodwyn wrote.

Four years ago, Virginia Attorney General Mark Herring said that the local law looking to block the removal of Confederate statues would not work retroactively. He said that it “was not the blanket prohibition that its proponents had made it out to be.” And when the State Supreme Court agreed with his comments made almost four years ago, Thursday’s ruling “confirmed that we were right,” Herring added in a statement.

“I have worked hard to help remove poisonous Confederate propaganda from our publicly-owned spaces because I believe it glorifies a false history and sends a dangerous and divisive message about who and what we value,” he said.

Daily Mail readers shared dozens of comments and reactions to the Virginia Supreme Court ruling. Here are a few:

“Gotta takedown and hide or destroy those statues before people learn they were all Democrats.”

“All states that were slave states should just go ahead and get it over with. Tear down any and all structures including universities that were built before the civil war because undoubtedly some slave labor was involved.”

Do you think America should still celebrate the Confederacy?