Critics Are Cringing At This Maid Of Honor’s “Unconventional” Speech 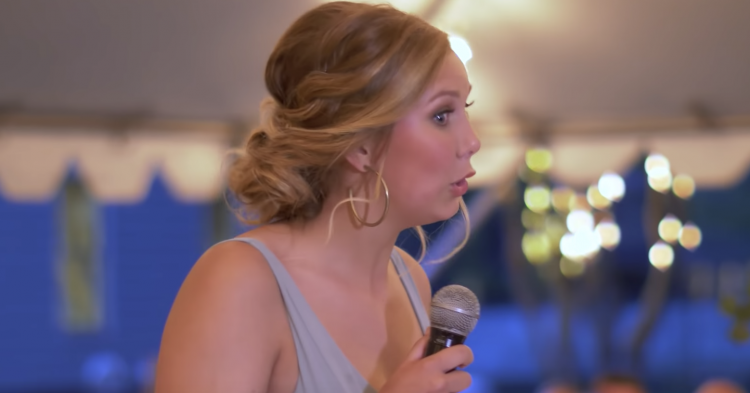 Have you ever given a speech at a wedding? It is something many people have to do. But public speaking is not easy, and many people admit that it is one of their biggest fears in life. Nevertheless, some people are not afraid of getting in front of an audience and saying something that embarrasses the hell out of the bride or groom – and that’s what wedding videographer Kyle Tyndall Films captured on camera when the maid of honor stood up at the wedding reception and delivered the best maid of honor toast ever.

Maid of honor, Lindsey Ann Jarman could not wait for her chance to shine and to highlight the bride at the same time. The video of her was posted by the videographer along with the caption that said, “Best speech ever. This was a fun time for sure.”

In the maid of honor speech, Lindsey, who also happens to be the bride’s beloved sister, performed the speech to the tune of “Under the Sea” from the Disney Movie, “The Little Mermaid.” You are undoubtedly familiar with this classic tune that remains very popular to this day.

“My best friend, she just got married. This day has been so much fun. We all know you love the spotlight, but I’m not even halfway done,” Jarman says in a sing-song voice over the tune. “Haleigh’s married, Haleigh’s married — she beat me to it, but I think we knew it, she wouldn’t let me go first.” 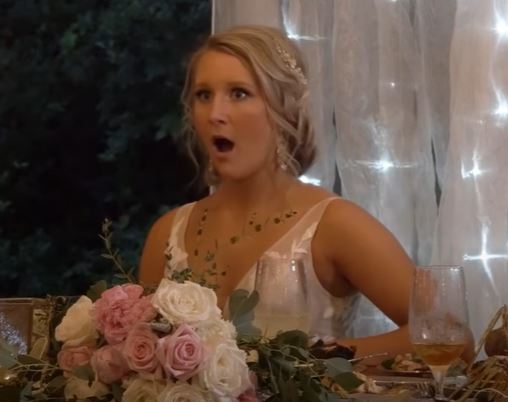 Jarman does not stop with her parody of “The Little Mermaid” song. She continues for ten minutes during her speech and also highlights other classic Disney songs like “Be Our Guest” from “Beauty and the Beast” and “Can You Feel the Love Tonight” from “The Lion King.”

Many people found the sister’s speech to be very embarrassing and self-centered.

“I’m getting secondhand embarrassment,” one wrote. 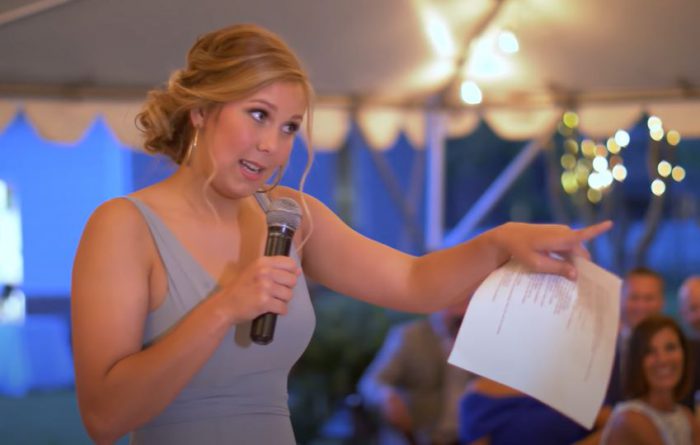 “This SCREAMS passive-aggressive,” a third wrote.

However, other people found it fun and delightful.

“I would never have enough confidence to do this,” one user said. “So beautiful!.”

In the YouTube description, the videographer wrote: “The best sister Maid of Honor speech ever!!! This speech given by the maid of honor/sister is totally off the hook. She wrote this speech in song form using popular Disney songs. Being that they are big Disney fans, it only fitted for this wedding event.” 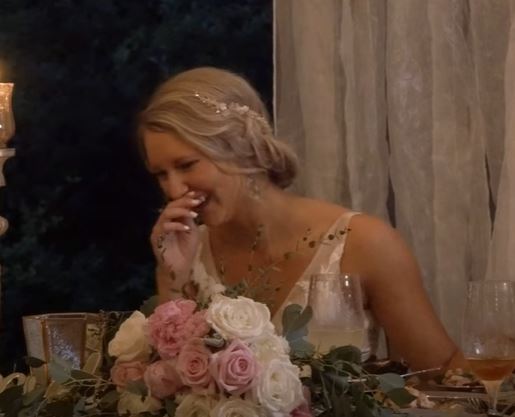 This event took place in North Carolina and was a hallmark of the bride’s wedding. She was so happy to have her sister along for the ride as her maid of honor and was very happy to have so many Disney songs featured in the speech. Because the bride absolutely loves Disney, she was glad that her sister managed to find a way to incorporate the classic tunes into her wedding speech. It was creative and fun for all involved.

However, some people did find it embarrassing. There’s no shame in that. However, it doesn’t really matter so long as the bride enjoyed watching her maid of honor make a fool of herself in front of the world.