Critics Slam Celebrity For Uploading Photo Of Her Backside 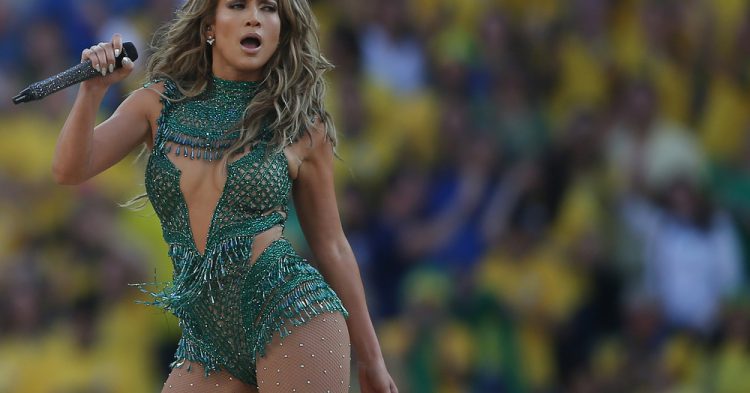 For decades, Jennifer Lopez has been famous for her derriere. However, she shocked fans and critics alike when she posted an image of her rump to social media while wearing hot-air balloon leggings. The post included a mention of the activewear brand by Niyama Sol plus a caption that said: “Back at it and ready for the weekend.” However, J-Lo received a flood of criticism for posting the picture of her butt in the tight leggings even though people have been talking about her butt for decades.

Besides the angle showing off her backside, Jennifer Lopez also had her hair tied up in a tight ponytail and was wearing large hoop earrings. Although the post attracted a lot of praise from J-Lo fans, it also brought about heavy criticism from her haters, who felt that the star was purposely seeking attention for her butt by posting the image to social media. 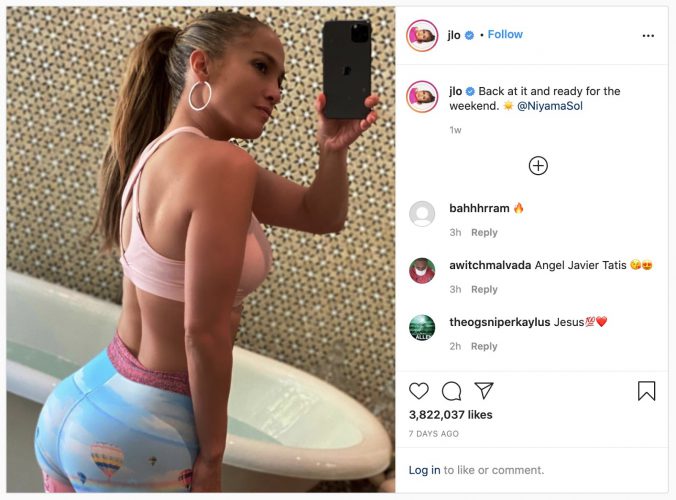 With more than three million likes on the post, there was no shortage of comments showing how much people were willing to support her. Some even called out her leggings directly.

“You always have the best leggings!” one person wrote.

“okay, these are cute. And you’re looking AMAZING, mama,” another one wrote.

“You seriously have the PERFECT body!!!! God Bless you,” a third fan commented.

However, Daily Mail managed to find many cruel comments about Lopez’s viral image.

“Her obsession with her derriere is just ridiculous,” one reader said, according to Daily Mail.

“WHY???? Does this woman need this much attention all the time?” a second person asked. 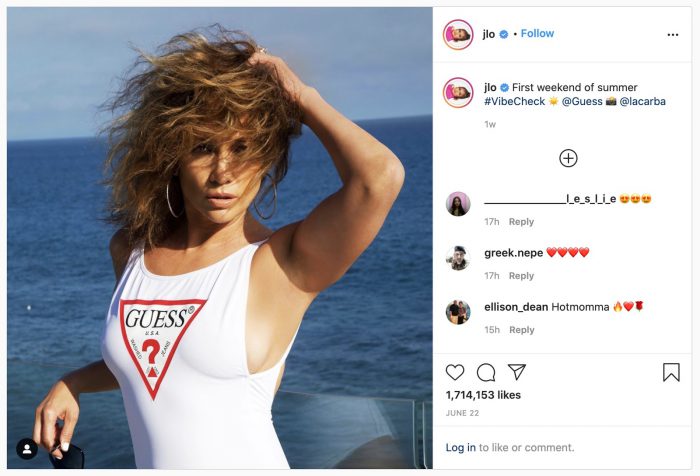 Other people used this as an opportunity to compare Jennifer Lopez’s butt to the surgically-enhanced backsides of the Kardashians.

“To think pre Kardashian days, everyone thought her bum was huge.”

The image first appeared on social media during the summer of 2020. At the same time, America was dealing with the national reckoning around race after George Floyd was murdered on video by a Minneapolis police officer. In another post to Instagram, Lopez spoke about a recent incident from the men’s basketball team at Duke University.

“#BlackLivesMatter We should be saying this every day. It’s not a political issue. It’s a human rights issue. Repost from @dukembb”. 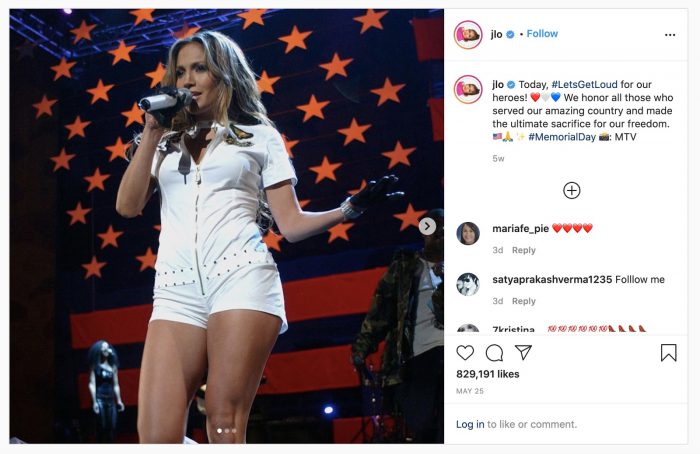 She also posted content on June 19, 2020, urging her fans to join the Black Lives Matter movement and to understand why Black people have been subjugated to centuries of unequal treatment.

“Let’s take action: there is a link in my bio to sign a petition created by Opal Lee, a 93-year-old woman from Texas, to make Juneteenth a national holiday.”

Social media has been a place for celebrities like Jennifer Lopez to showcase themselves in unprecedented ways. Some fans do not like how stars use social media to highlight their assets. However, other fans find it to be perfectly appropriate since social media is all about personality.

Do you think Jennifer Lopez crossed a line by sharing an image of her backside in leggings? Or do you think it is acceptable for stars to showcase themselves in these ways?