Critics Want To Ban The Movie Grease Because It’s “Homophobic” 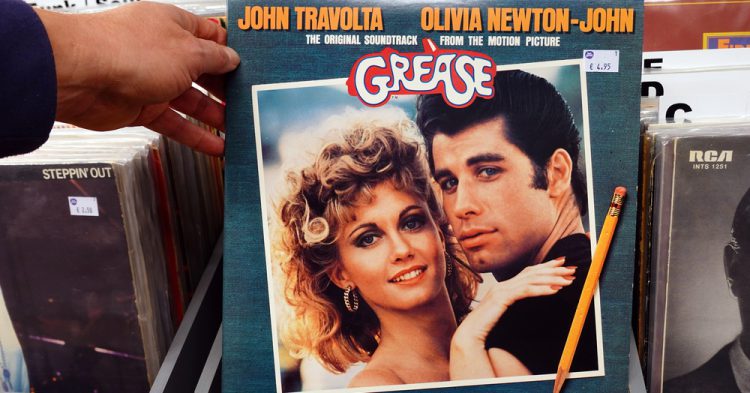 Online activists have launched an attack on the classic movie Grease. These critics have called the movie “rapey” and have issued demands that Hollywood cancel the “homophobic” flick. The classic musical features a young John Travolta and Olivia Newton-John and takes place in a gang-ridden American high school environment fixated on sexual intercourse and perceived masculinity. Nevertheless, critics want Grease banned or removed from streaming services because they claim it promotes a “rapey” culture and “toxic masculinity” that could have a very negative impact on the youth of modern-day America.

Although Grease follows the love story of Danny and Sandy, who could not come from more different backgrounds, internet activists hope their righteous outrage at the flick will cause streaming services to stop showing it on their platforms.

“Grease is far too sexist and overly white and should be banned from the screen. It is nearly 2021 after all,” she wrote on social media.

In the movie, John Travolta plays a “greaser,” bad boy in 1958. Meanwhile, Olivia Newton-John’s character is a wholesome girl next door who does everything right. Because they have such different personas in the movie, their love is not supposed to work. Nevertheless, by the end of the movie, Sandy becomes a greaser and disavows her wholesome ways to be the type of girl that Danny could spend the rest of his days with – or at least the remainder of the school year.

In the song, “Summer Nights,” Danny details his summer romance with Sandy, in which his friends ask if she “put up a fight” during his sexual advances. The film was a hit when it was released in 1978, but now the “rapey” line draws a lot of criticism from online activists.

“So turns out #Grease is actually pretty rapey,” Samantha Johnson wrote. “Also no one wants to watch Grease with me anymore.”

Other critics pointed out that it was wrong of Rizzo to bully Sandy for not having sex with Danny whenever and wherever he wanted to.

“Grease is the worst. Rizzo is a bully who is then ‘slut shamed.’ Sandy has to change herself for a man. Ugh. The men are all sex pests, to be honest.”

In the movie, Rizzo does not like Sandy because she is a wholesome girl. In the song, “Look at Me, I’m Sandra Dee,” Rizzo grills Sandy for being the girl next door instead of a bad girl like her. Later in the movie, Rizzo gets knocked up by a greaser and then has to deal with the fallout of that issue.

As the cancel culture takes aim on Grease, it will be telling if John Travolta or Olivia Newton-John stand up to the crowd and defend the movie that helped launch their careers into the stratosphere. Without a doubt, the pair probably have a special place for Grease in their hearts – even though the depiction of 1958 America might not be exactly as it is today.

Do you think Grease deserves to remain despite its “outdated” display of masculinity and gender identities?