Dad Hires Repairman To Fix Furnace, Sees Shocking Note About His Baby On The Bill 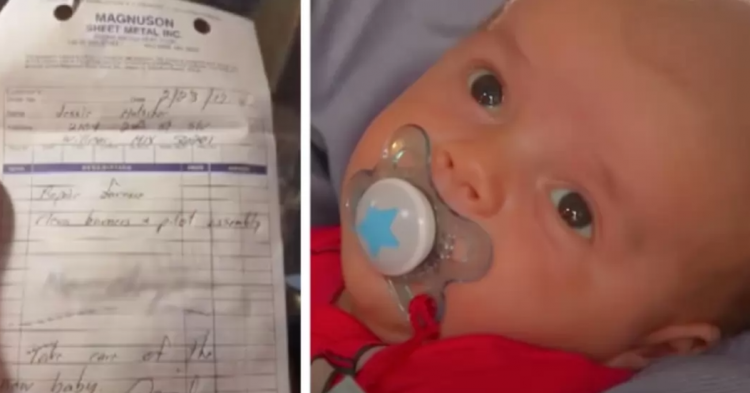 It was the happiest day in the lives of Jesse and Marie Hulscher. The couple from Willmar, Minnesota, had just welcomed their newborn baby boy Adler into the world and were eager to share it with him. However, right after the baby boy was born, the furnace in the couple’s home broke down, which meant that they were going to have to struggle through frigid temperatures as the forecasted blizzard was projected to tear through their part of Minnesota and burry them in white powder.

“Instantly, I panicked,” Jesse told FOX 9. “I have a two-year-old here, a newborn coming home in a couple of days, and this was before the big potential snowstorm.” 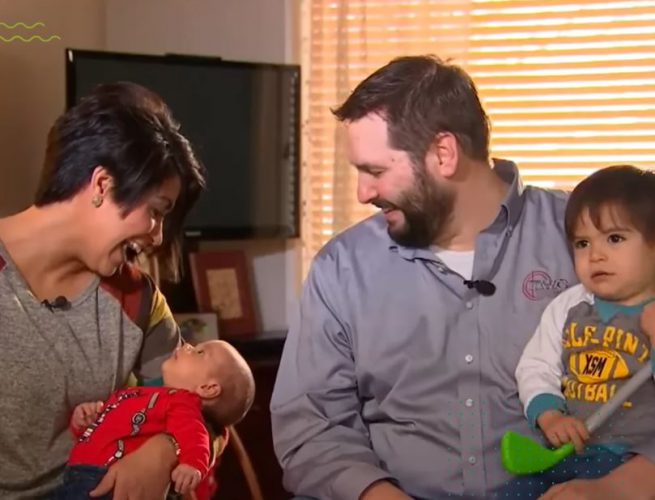 Jesse knew that with the snowstorm only a few days away, and Adler’s birth coinciding with the forecast, he didn’t have any time to waste when it came to getting the home’s furnace repaired. When the day arrived for Adler to come into the world, Jesse left him and his wife at the hospital while he went home to cope with the broken furnace and try to fix the problem.

Desperate for immediate help, Jesse called Magnuson Sheet Metal. When he got the company representative on the phone, he broke down and revealed how desperate he was to get the furnace fixed, so his newborn baby boy didn’t have to suffer through the cold Minnesota snowstorm that was slated to dump tons of precipitation onto the Hulscher household on February 23. 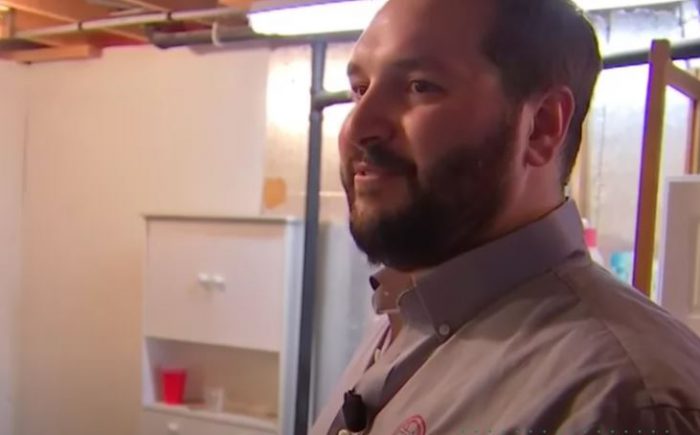 “He said ‘the fan’s not working, the furnace isn’t working, my wife is in the hospital, we just had a baby yesterday,’” Magnuson co-owner Craig Aurand recalled. “I just said take it easy. We’ll be right there.”

Magnuson sent a worker to fix Jesse’s furnace. The employee arrived promptly as scheduled and got the furnace working again in no time. Jesse could not have been more grateful to have his home back in working order. He was overflowing with appreciation.

When Jesse told Maria that he had fixed the furnace with the help of the local worker, they both could not have been more relieved. At least their newborn son would not have to suffer through the cold of a Minnesota blizzard shortly after his birth. 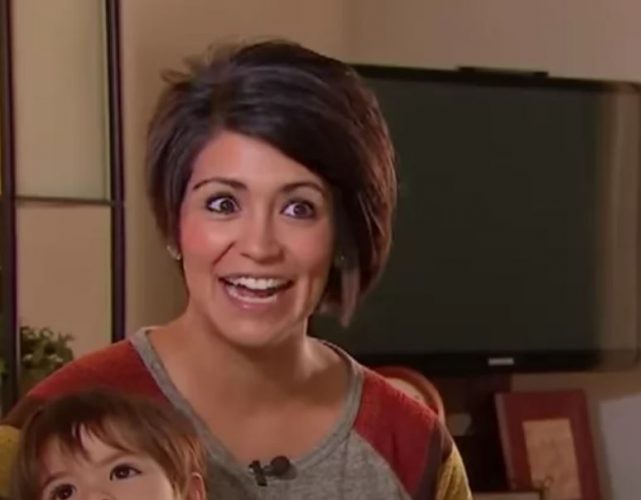 All that was left to do was handle the bill for the furnace repair. But when it arrived, Jesse could not believe his eyes.

“I opened it up and looked at the receipt, and it said, ‘no charge, take care of the new baby,’” Jesse said.

Maria was also stunned as she said, “I was like, what? No. This can’t be real. And he’s like, ‘I know I can’t believe it either.’” 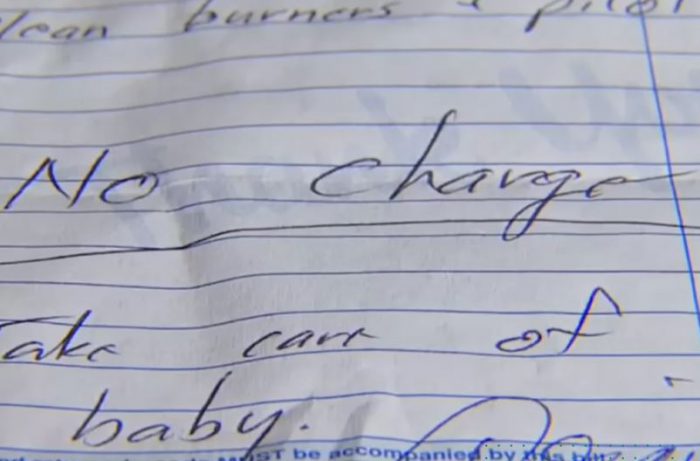 The parents shared a photo of the invoice on Facebook, where it promptly went viral.

“Can’t thank them enough for the great service, speedy response time, and amazing technicians. Businesses like this earn customers for life!” Jesse said in his post.

Despite all the positive press, the owner of Magnuson Sheet Metal assured Jesse and his family it was no big deal.

“We didn’t do it for the PR. We just did it to be good people. That’s it. Just to be nice to these people,” co-owner Craig said. “That’s what this is about.”