Dad Is Furious After The Waitress Disciplined His 4-Year-Old During Dinner : AWM 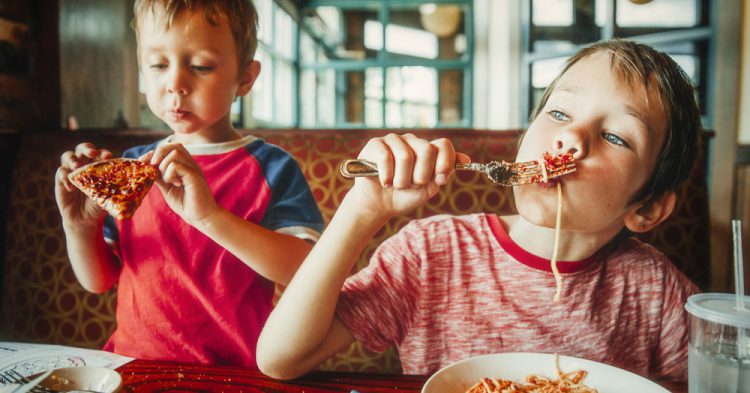 When parents take their kids to restaurants, they usually take every precaution possible to make sure the little ones don’t disturb other people. When my wife and I bring our toddler daughter to a restaurant, we always pack a coloring book with crayons and a toy so she can have something to do to keep her occupied. The last thing I want her doing is screaming or crying or running around the restaurant like a wild animal.

But one dad wanted his son to run around the restaurant. He wanted the four-year-old to run amok and pay no mind to the other people paying for their meals and looking for a moment to relax. When the waitress told the boy to take his seat, the parents were outraged. Their child was supposed to be out of his seat so he could “explore” the entire establishment and bother other people and not his parents.

The dad was so outraged that the waitress asked his son to sit down that he wrote into the advice columnist Nicole Cliffe. The column is Care and Feeding with Slate. The anonymous dad wrote:

“My wife and I and our four-year-old son were out to dinner last week. It was a medium-nice restaurant, not fast food, but not super fancy either.”

Dad described his son as an “active” boy who cannot sit still.

“We let him explore the restaurant a little. I noticed out waitress giving him the hairy eyeball, so we asked him to stop running.”

Dad said, “He was pretty good about it after that, but he did get underfoot when she was carrying a tray, and she spoke to him pretty sharply to go back to our table and sit down. I felt it was completely uncalled for, and she should have come and spoken to us personally instead of disciplining someone else’s child.”

Because the waitress told his son to sit down, the dad stiffed the waitress with a five percent tip. Then he reported the incident to the restaurant manager.

Dad shared his story on Facebook and got a lot of “judgey” replies from his friends.

The columnist agreed with his friends.

“A kid ‘exploring’ a restaurant is not a thing,” Cliffe wrote. “When you did intervene, it wasn’t to get him back in his seat. It was just to instruct him to ‘stop running.’ You weren’t parenting, so the server did it for you. She was right. You were wrong.”

The columnist added that the out of control son was not ready for a “medium-nice” restaurant. Instead, she urged the dad to stick to McDonald’s.

She added, “I doubt that you will do this, but I encourage you to return to the restaurant, apologize to the manager for complaining about your server, and leave her a proper tip.”

Do you agree with dad or the parenting expert?