Dad Is In A Coma And Missing Half His Skull, But The Judge Went Easy On His Attacker : AWM

While on his way home in New York, 32-year-old Steven Augustine found himself the target of a random attack. Paramedics and doctors believe that Augustine was struck once in the head with a baseball bat, which has left his skull crushed, sending him into a coma. The suspect was conducting a robbery and targeted Augustine outside of his home in Ulster County, New York, in May of 2018.

Although the suspect was caught and found guilty, he served just two months in jail. Meanwhile, Augustine clings to life, paralyzed. His life is ruined, changed forever, because of the one-strike assault that broke his body. 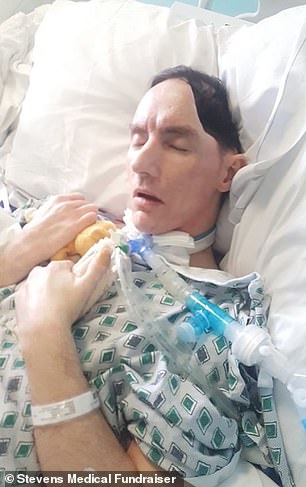 The left side of Augustine’s skull has been completely destroyed. He now suffers from sunken brain syndrome, after doctors were forced to remove a large portion of his skull. 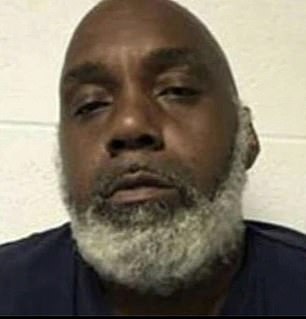 The armed robber, Charles Miles, was arrested and charged with a misdemeanor for sending the father of two into a coma. He served 72 days in jail despite receiving a year-long sentence. Because the judge called it a one-punch attack, they went much easier on him – although that “one” attack left the dad in a coma and paralyzed, and effectively ruined his life.

Donna, Augustine’s mother, told The Sun: “Steven cries every time he sees his sons Michael, seven and Steven Junior, 11 – they cry too because they miss their daddy so much.” 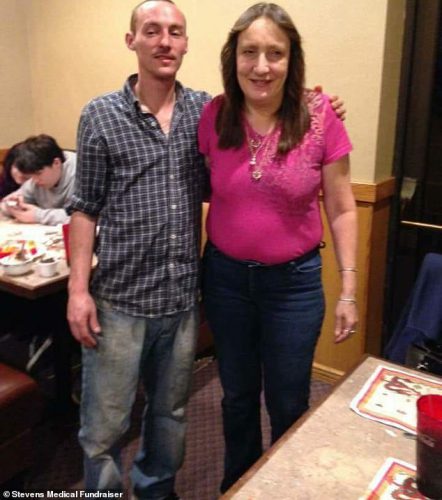 Donna, 57, is horrified that the criminal justice system failed her son. He was leading such a promising life until the baseball bat came out of nowhere and squashed his brain.

Augustine now can only communicate via blinking. He requires a ventilator to breathe and is completely paralyzed.

“He doesn’t respond to anything. Basically, he is missing the whole left side of his brain,” his mother told ABC. 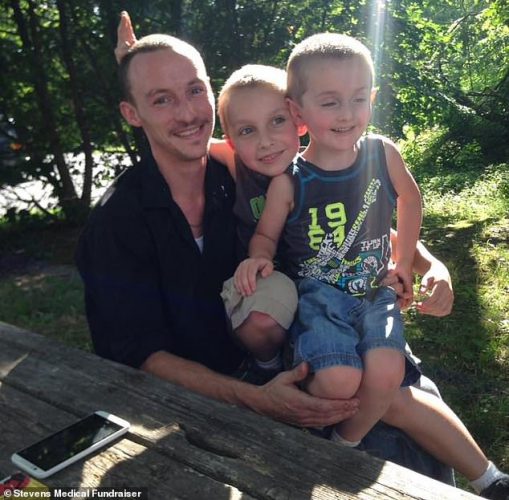 Ulster Country District Attorney Holley Carnright admitted that Miles never intended to cause physical harm to Augustine. Because of this fact, they were unable to charge him with a felony or anything else that would result in more serious jail time.

Although the court can do nothing to get justice for the father, Donna believes that they are wrong. She thinks that Miles used a “baseball bat” when he struck Augustine.

Donna said, “I just can’t believe this has happened, and these people are allowed to do something like this and get away with it.” 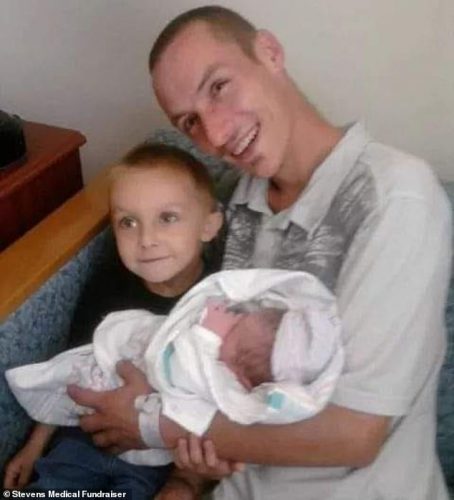 The family has created a GoFundMe page to help with the medical bills.

“Steve also had several fractures in his face. Steve’s nose was broken, and his lower lip nearly ripped off his face,” the page claims.

Thankfully, a New York government agency has offered to pay for Augustine’s surgery. 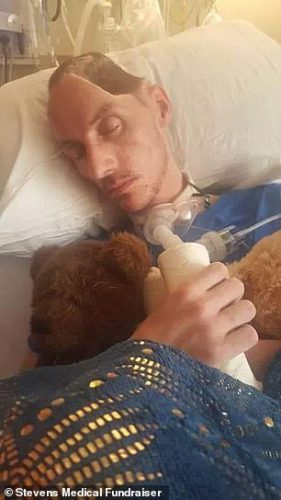 Donna said, “The surgery could save his life; it will equal out the fluid around his brain and protect it – a slight bump to the area could be life-threatening as it’s just skin protecting his brain. They will use a special plastic plate as the steel ones do not seem to agree with him; I pray it works.”