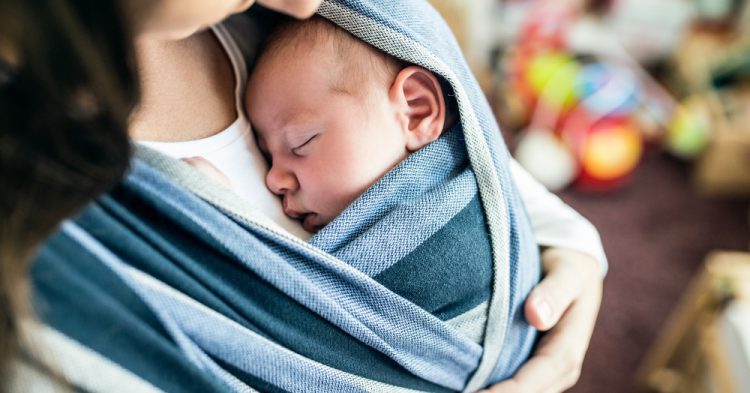 Dad was shocked when his parents did something to his nine-month-old daughter without his consent. The grandparents took the child to get her ears pierced, which left the father furious. Now he claims he will never let his parents watch his baby girl ever again because he cannot trust them to do what he wants. He turned to Reddit to share his story and explain his side of things to a mixed response from users.

“Me and my fiancée (22m & 23f) had our baby girl Thalia, and she just turned nine months old. Everyone in our family has been coming around more to see her. Two months ago, we stopped talking to my parents after they pulled some s**t. We basically decided it was gonna be up to Thalia when she older if she wants to get her ears pierced. To be honest, I was never into the idea of it being done as a baby when they can’t consent, like my fiancée’s parents pierced her ears when she was a baby, and she always hated wearing earrings. Still doesn’t wear any.”

He added: “Just like every other parent, that was our decision not to do it to her while she’s a baby. My parents didn’t shut up about it for a while, saying “she’d look so cute.” But we told them already no, and that’s our answer. When they babysat for us once, they got one of my mom’s friends to do it, and we were f***ing pissed they went behind our backs. We stopped talking to them after that for disrespecting our decision. Everyone was saying we were making a big deal, and we can’t cut them out of their granddaughter’s life over something like that.

“So we decided they’re allowed to only see Thalia when one of us is around, and they won’t be left alone with her. That’s where everyone is still saying we’re being massive a-holes because we’re still punishing them over something that’s not a big deal, and we’re treating them like children. Even my fiancée’s parents think that only letting them have supervised visits is too much, and they should be allowed to babysit or have Thalia at their place alone like before. We’re still not wanting to change our minds on our conditions, so it’s pinning everyone against us. Are we being a**holes that we just don’t trust them alone with her and rather one of us be there always?”

Most users agreed that the father was not wrong to block his parents from seeing his child.

“I wouldn’t be leaving my child with them ever again. My mum cut my daughter’s fringe, and I lost it; this is another level altogether,” wrote one user. “What’s going to be the next thing they decide they know better on? They’re lucky they’re even allowed to see her.”

“They permanently damaged their granddaughter’s ears to put jewelry in, which can cause an infection and possibly kill the child if it was not done with sterile gear, which is not confirmed because it was just one of their friends and possibly not a professional.”

What do you think? Should dad keep his daughter away from his parents?