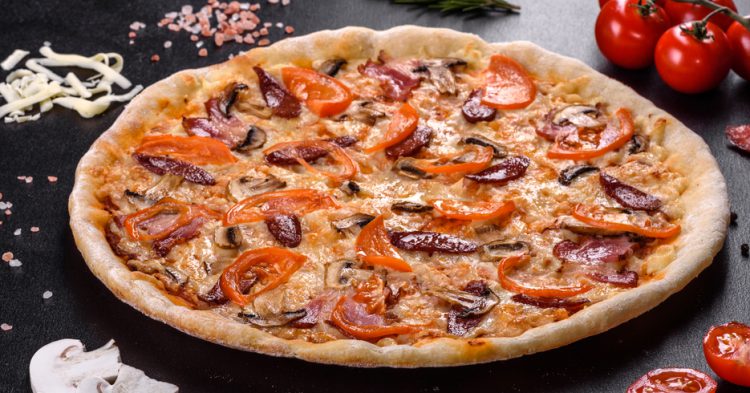 Middle school students at a school in Connecticut were given a controversial assignment where they were asked to use pizza toppings as metaphors for sex acts. For example, the students at John F. Kennedy Middle School in Enfield received the “Pizza as Consent” assignment to learn about safe sex and how people should always get consent before engaging in various sex acts.

Nevertheless, parents were furious when they learned about the assignment because it asked students to pair their favorite pizza toppings with their favorite sex acts. The assignment was designed to engage students about sex in a conversational way and get people talking about sex, so they’re more likely to do it safely. 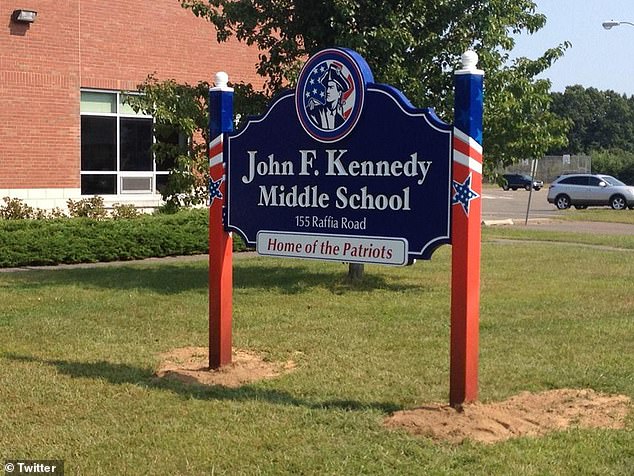 “We can use pizza as a metaphor for sex,” the assignment says, explaining: “When you order pizza with your friends, everyone checks in about each other’s preferences, right?… The same goes with sex.”

Students were then given suggestions about how to mix and match their favorite pizza toppings to explain the sex acts they do and do not like. Students were provided an example to get their thoughts started. 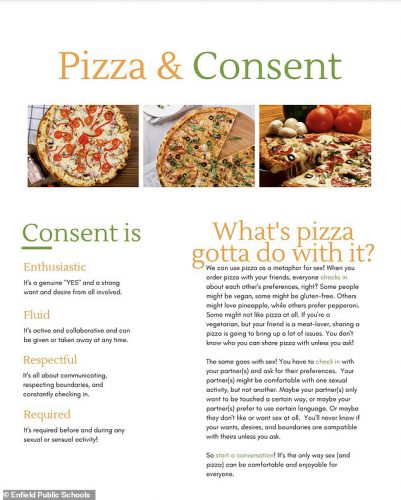 When the students were done selecting their pizza topping metaphors, they were then asked to take the assignment to the next level because they were assigned to “draw and color your favorite type of pizza. What’s your favorite style of pizza? Your favorite toppings? What are your pizza no-nos? Now mirror these preferences in relation to sex.”

It continued, “Obviously, you might not be able to list all of your wants, desires, and boundaries, but hopefully, you’ll start feeling more comfortable about discussing them.” 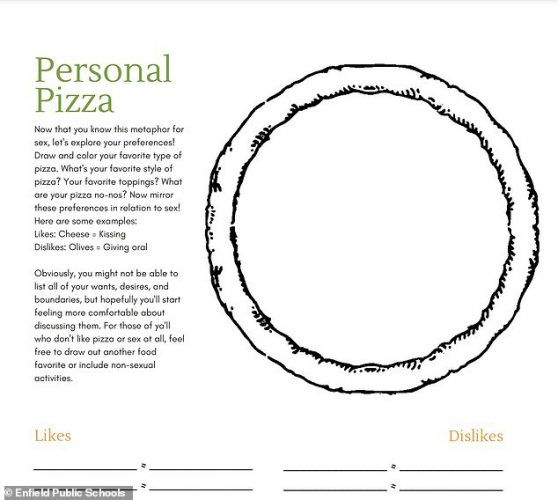 But what’s the assignment without being inclusive of all people – even those eighth-graders who don’t like sex acts. The assignment offered the following “for those of y’all who don’t like pizza or sex at all, feel free to draw out another food favorite, or include non-sexual activities.”

Almost immediately, the assignment became controversial in the community, and the Enfield school deleted the pizza consent project from their website.

According to Fox News, district officials are now saying the assignment was sent out “by mistake.”

The assignment was released in January, and parents took to social media to express their disgust with the pizza and consent project.

A woman named Amanda posted a YouTube video explaining how she would have spoken out about the assignment if the school had hosted their Board of Education meeting in person. 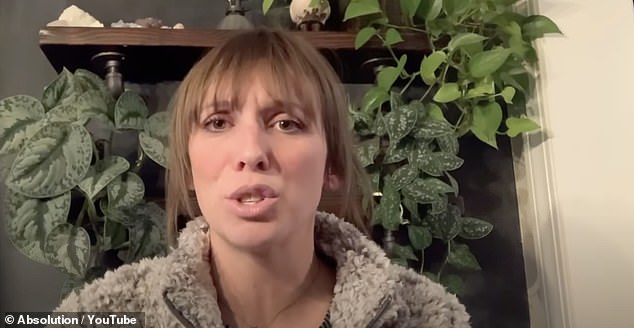 “Since when has it become acceptable for a teacher to ask a student what their sexual wants, desires, and boundaries are?” Amanda (above) asked.

At Tuesday’s board meeting, Jonathan Grande said: “The assignment was crude. It lacked good taste.”

Another parent named Tracy Jarvis said the pizza assignment “is prompting kids to become sexually active before their time. Youth don’t even know how to navigate platonic relationships, so why introduce sexual relationships?”

Do you think this school’s pizza and sex act assignment was inappropriate?