Drinking 6 Of These A Day Will Rot Your Tongue 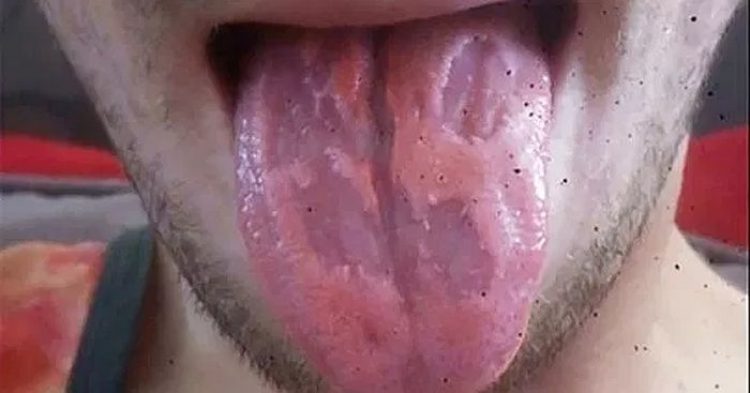 Do you ever feel you need a boost while going about your day? Millions of Americans do, too. There’s a reason coffee drinks are getting more popular year after year. Because caffeine helps us stay awake, and the American lifestyle makes more demands on us day after day, we need the boost in order to stay sane. However, Dan Royals realizes that his addiction to energy drinks may have been causing more harm than good – and he’ll let the images of his tongue speak for themselves.

Dan Royals admits that he probably needs to go to energy drink anonymous. He loves drinking the beverages and getting the “jolt” of energy from them shortly after chugging them back. He loves them so much that he consumes at least six every day. 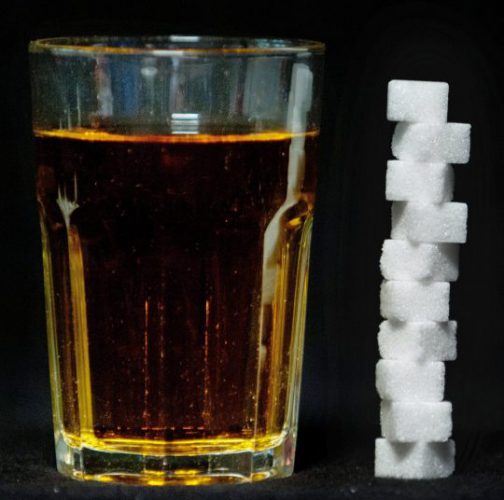 However, his addition has a bad side. With more than 13 teaspoons of sugar consumed from the beverages every day, he realizes that sugar might not be good for his body after all. His mouth is getting damaged, and it might not be repairable.

Images show Royals’ tongue blistering and peeling away. His addiction to energy drinks is literally making his tongue disappear.

Because Dan is seeing the results for themselves and wants people to realize how dangerous energy drinks can be for the body – he has snapped disturbing videos of himself and shared them on Facebook – with a dire warning.

“Who drinks energy drinks? Addicted to them? You may want to think again. Have a look at the second pic… That’s what that s*** does to your tongue, imagine what’s it like on your internals? Up until recently when this started to occur I was drinking at least 5-6 a day (lack of energy teaching kids usually) and I brush daily, went to the doctor and boom! Found out it’s the chemicals in these drinks that are causing it… It literally eats away at your tongue. So be wary guys.” 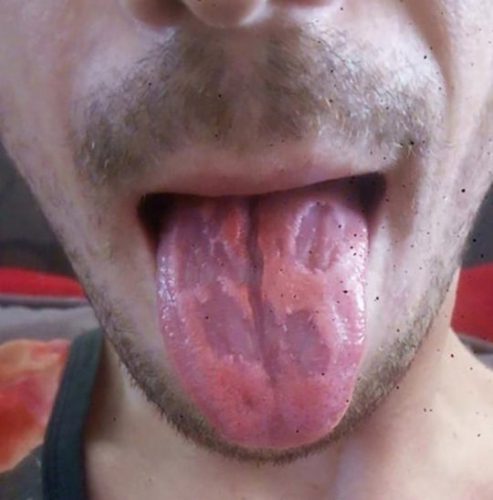 Dan Royals knows that the energy drinks are eroding the flesh in his mouth. Although he also smokes and admits his addiction to nicotine, he thinks the dramatic disintegration to his tongue is a result of the sugar he drinks.

“Just to make it clear, I actually do care for my oral health, but this is purely from these drinks… I do smoke but has nothing to do with the eating away of my tongue.”

Researchers at the World Health Organization want people like you and Dan to be aware that energy drinks can be very dangerous to your health.

“A study in the US showed that dental cavities can result from the acidic pH and high-sugar content of products such as energy drinks. ‘Another study showed that consumption of energy drinks can cause erosion and smear layer removal in the teeth, leading to cervical dentin hypersensitivity.”

Will, you quit drinking energy drinks?