Elderly Couple Married For 77 Years Gets Their Dying Wish Granted, And Will Be Together Forever 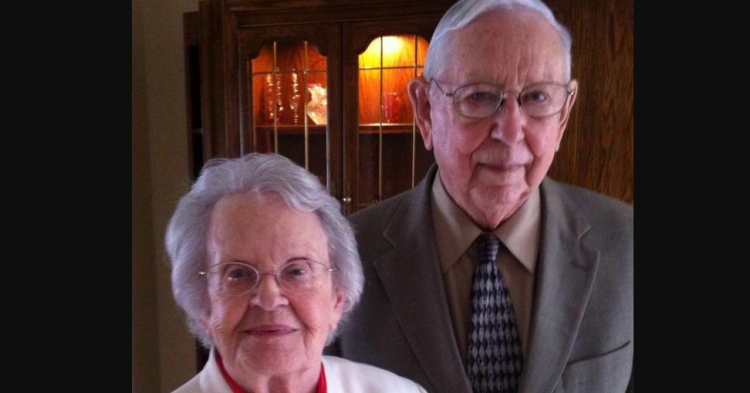 For seventy-seven years, Raymond Breuer has lived in utter bliss. Because he was married to the love of his life, Velva Breuer, all that time, he had never had a bad day or a day without love. Throughout their nearly eight-decades of marriage together, the pair had created a wonderful and harmonious life in Dawson Township, raising six children and creating a positive and lasting impact on their greater community.

But as Raymond and his wife Velva both lay on their death beds, an idea passed through Raymond’s slowing mind that he was able to share with a passing nurse. It was such a simple and beautiful thought that the nurse could not resist passing along Raymond’s dying wish with the rest of his adoring family. His wish was simply not to be physically separated from Velva in death. He had been by her side of seventy-seven years and expected to do the same for the rest of eternity – if God willed it. 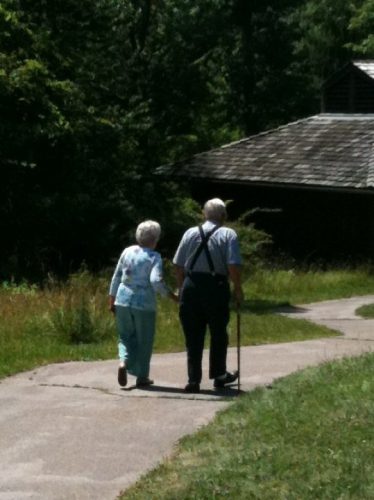 Raymond knew that both he and his wife were close to death. At age ninety-seven, Raymond had lived a very full life. He married Velva, 96, when he was twenty, and she was nineteen. That’s why he wanted to be buried in the same casket as his wife. He didn’t want anything, separating them in death.

However, Raymond was not able to control the Grim Reaper. That’s why he had to be flexible with his plans. He knew that if he or Velva died too far apart from each other, they would have to be buried in separate caskets. However, if their deaths occurred close enough together, then it might be possible for his dying wish to be made manifest. And he tasked the humble nurse with this challenge to alert his family and let them know that they should purchase only one casket if the pair died within a reasonable amount of time from each other.

Raymond might have just been being economical. He might have been trying to be romantic. Either way, his dying wish came true. Thirty hours after he died, Velva took her last breath and joined him in the land of the dead.

Days later, the family of the deceased honored Raymond’s dying wish and buried both of them in the same casket. Not only were the pair close together – not separated by walls of wood – they were holding hands as they were put into the ground.

Raymond and Velva lived their life in Missouri. At the time of their death, they had just moved to Boone Landing in Columbia, Missouri. The pair had lived a long and happy life together. Raymond even had a Facebook account despite being in his nineties.

It’s not easy to sustain a happy marriage for nearly eight decades. When people are able to do it, I marvel at their success. But the Beuers’ took their love to a whole new level when they committed to remaining by each other’s side even after they had passed on from this world.