Elderly Man Has His Lawnmower Stolen, But It’s The Sign He Posted In His Yard That’s Going Viral 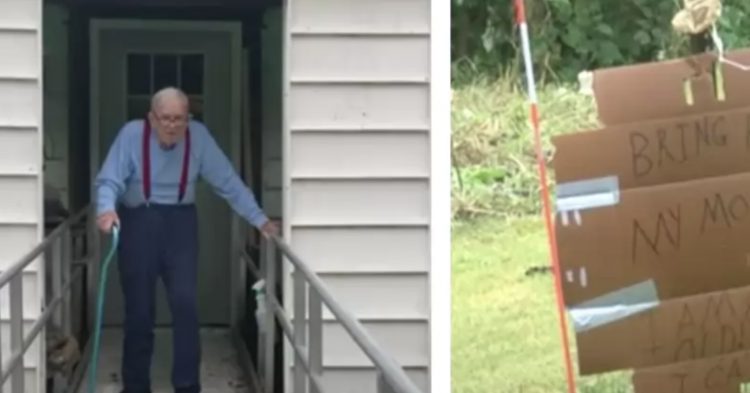 Unfortunately, there are evil people in the world. People kill and harm others. Some steal others’ belongings. Today, we’re sharing the story about one 85-year-old man whose lawnmower was stolen off his property. Because he was not able to move around like he used to be able to do as a young man, he did what he could to get the attention of the thief who took his property without permission.

Now, Gordon Blakeslee wants the thief to bring back the 2009 Craftsman riding lawn mower that was stolen right off his front lawn. As an eighty-five-year-old man, Blakeslee knows what he likes, and mowing the lawn is part of his regular routine that he does not want to do away with despite his advanced age. The riding mower allowed him to continue cutting his grass without having to push the mower along by himself. 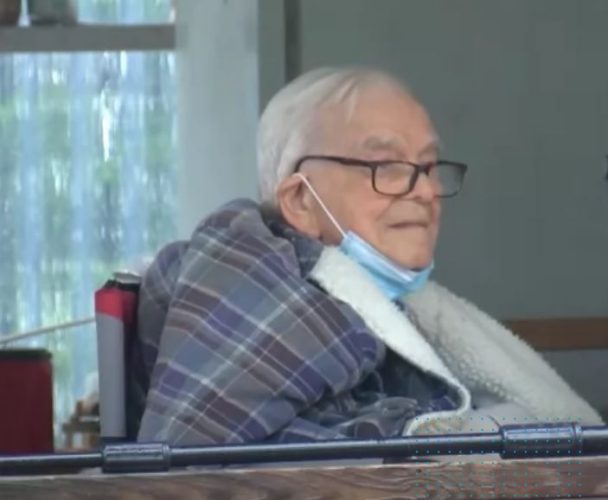 Blakeslee went to live with his children during the COVID-19 pandemic. When he returned to his home, he noticed that his lawnmower had been stolen. He was furious by the revelation.

“That was something that was precious to him, everything that he has, has value to him,” said Candace Blakeslee, Gordon’s daughter-in-law to WBNG. “If it’s not broken, it doesn’t need to be repaired or replaced.”

Blakeslee was horrified that someone in his community would steal his riding mower right from the front lawn. The mower helps him keep his grass cut. He didn’t know what he was going to do without his expensive riding mower, so he wrote a message to the thief to let them know that he wants his mower back. 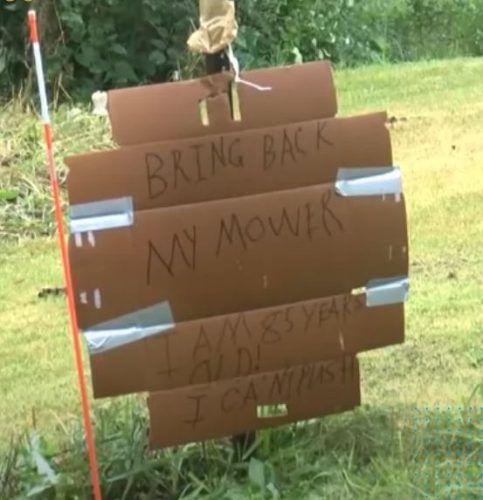 “Bring back my mower. I am 85-years-old! I can’t push,” Blakeslee’s handwritten sign on cardboard said. He posted his message on a street sign to let people know that he was furious that his stuff was stolen.

The message was very sad for people in Blakeslee’s community. They knew the elderly man and were disappointed that someone had taken his riding mower from his front lawn.

“I didn’t realize how much he would miss it until I came here and saw the sign,” said Candace. “It melted my heart.”

Fortunately, there was someone in the local community who reached out to help Blakeslee get his lawn back in shape. Someone sent a brand new Craftsmen riding mower to the Broome County Sheriffs Office. They took the mower straight over to Blakeslee’s property, so he could get back to mowing his lawn, which he loves.

“I couldn’t be any more thankful. With everything going on, I know he’s happier than happy to have a mower back,” said Garrett Blakeslee, Gordon’s grandson. 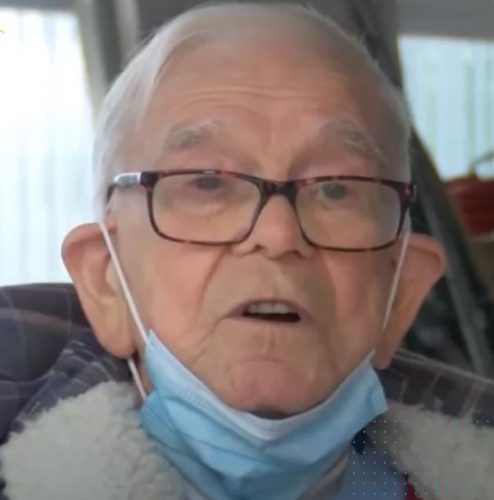 Blakeslee was shocked that a stranger was that generous.

“Thank you, what else can I say? I really appreciate it,” said Gordon. “It’s got some new upgrades to it. That’s a lot better than my old one.”

The riding mower was an upgrade for him.

“It gets me out, gets some fresh air, gets me some exercise. That’s the main thing. Sit [inside], and you don’t last long,” said Gordon.