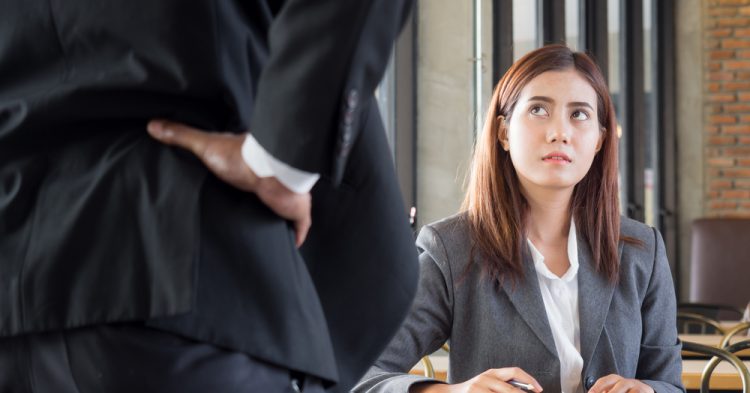 A married woman who worked in political campaigning on short-term contracts turned to Reddit to explain how she got revenge on her boss after being fired for getting pregnant. “I caught a lucky break and ended up the Campaign Manager on a statewide race. I am the youngest CM (24F) to run a statewide race in about the last 20 years,” and although the candidate lost, they came so close that the woman became a “superstar in my field” and received job offers from many different places.

“The problem is I had just bought a house and wasn’t looking to relocate (like you often have to do in politics), or the positions weren’t high enough coming off being the top dog as the higher positions were already filled.” So, she took a job in local politics only to learn that she was working for a boss from hell.

“She made several comments about how ‘real’ women breastfeed and have natural births. I would later be able to do neither, and it really screwed with my emotional wellbeing. I don’t have time to list all the red flags, but I was literally just waiting until my husband got a job to exit.”

She wrote, “One day she calls me up to tell me how 20 years ago her first job as a private school teacher was making as much money as I was now. I also live in an expensive DC suburb, not the backwoods where she grew up. I have multiple college degrees, and this job offers no benefits, unlike teaching. Not comparable at all. This was when I realized there might be a problem.”

When things took a turn for the worst, the woman confronted the candidate.

“I started pressuring the candidate about all the things she wasn’t doing, and there was a legitimate meltdown. She started yelling at me about how I wasn’t doing my job and her my pregnancy wasn’t her problem and how I was the reason everything was failing and then hung up on the entire team.”

Then, the candidate called and said, “Since you are pregnant and can no longer door knock, you can either work for (state minimum wage), or you can find a new job.” At the time, the Reddit user’s husband had been out of work for eight months. Fortunately, her husband had received a job offer that very day.

“(I) told her I would be working my contractually obligated 30-day notice at my current salary and then leaving the campaign.” The candidate was furious and tried to back out of the legal contract.

When the Reddit users told the other people on the team she was quitting, they all quit as well.

“I hire a lawyer. She continues to pester me… I reiterate that she isn’t getting anything until I’ve been paid… She then starts calling every friend she has to bully me.”

“In a matter of two weeks, she is once again at square one with no one on her side. She is out of money and struggling. She finally emailed me at 11 pm that she was willing to pay me. It’s nighttime, and I don’t work for her anymore, so I decide I don’t need to respond at that moment. Well, she starts calling me incessantly and texting me, all of which I’m ignoring. By the time I wake up in the morning, I have 20 texts, and 5 missed calls. I tell her that I will need to talk to my lawyer at this point, and I’ll get back to her after he responds.”

Then the woman called the police and told them a boatload of lies.

“The police officer thinks she is nuts at this point… because she is… but then informs her that it considered larceny to withhold my pay and asks me if I would like to press charges. I say, ‘If she refused to pay, then yes.’ Within two days, I received a check in the mail with my payment, and I turned everything over.”