Everyone At The Wedding Gasped When The Bride Walked In With This Outfit : AWM 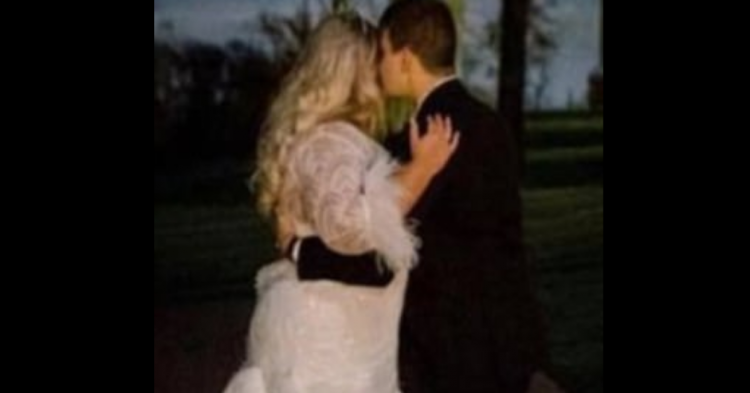 When a bride showed up to her big day, she thought everyone was going to LOVE the way she looked. Instead, people kept laughing at her from behind their hands and gossiping about what she was wearing for her wedding day. Because the bride decided to put on sneakers along with her wedding reception dress, people could not help but brand the bride’s look as “hideous” among hateful social media users.

Two photographs were posted online of the bride in her $1,000 Christian Louboutin sneakers. The person who shared the images of the anonymous bride was from Massachusetts and shared them with a Facebook group dedicated to hating on brides. 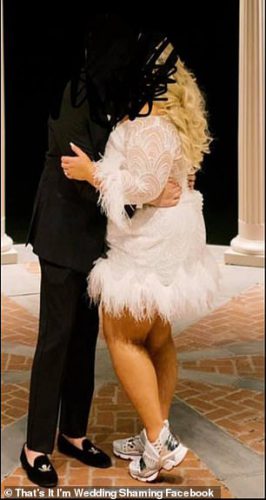 While the images posted on the bride-hater group feature the bride in a cute pose with her new husband, people were not focused on new love. Instead, they were ready to spread hate regarding the bride’s “hideous” wedding day outfit complete with $1,000 sneakers and no style.

Because people did not like how the bride paired her expensive Christian Louboutin sneakers with her feather-filled wedding dress, they shared dozens of hateful comments about her look, showering the comment section with more than 600 responses.

Some people hated the shoes not only for the fact that she was wearing it to her wedding but also because they were plain ugly.

“They’re not even like cute bridal sneakers. They’re gym sneakers. That is pretty bad,” one person wrote.

“I fully expected to open the photo to some kind of wedding style sneakers. But this? This is just bad.”

“The shoes are hideous, and her dress looks like a feather duster,” another person wrote. “They are the ugliest shoes I have ever seen. Why spend $1,000?”

The two photos were originally posted with the following caption from the bride-hating Massachusetts woman: “This appeared on my timeline. I met this girl once, but she had amazing style and taste. And then she wears sneakers at her wedding? With a short dress? Come on, guys. To be fair, this was her second outfit.” 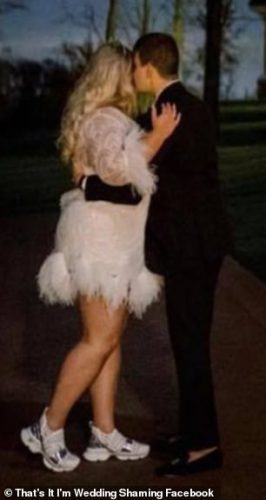 The person who originally posted it was shocked at the response. “Dear God, you guys are ruthless” and “I hope she never sees this.”

But now that the bad outfit has gone viral, it is quite possible at the bride will see how much hate was spewed onto her wedding day look after a “friend” shared the images with the wedding haters.

While the bride dealt with most of the hurtful comments, the groom also got his fair share of the flack for his ugly shoes.

“Why is he legit wearing slippers? Those are not velvet slip-ons, and we all know it.”

“Are those grandpa slippers?” someone asked.

“He’s in house slippers,” another said.

“Are those fricking pirate symbols on his slippers? Skulls and swords underneath?”

While people were quick to throw the bride and her groom under the bus for their bad taste in shoes, the person who originally posted it never thought it would go viral.

What do you think about the bride’s $1,000 sneakers and the groom’s shoes?