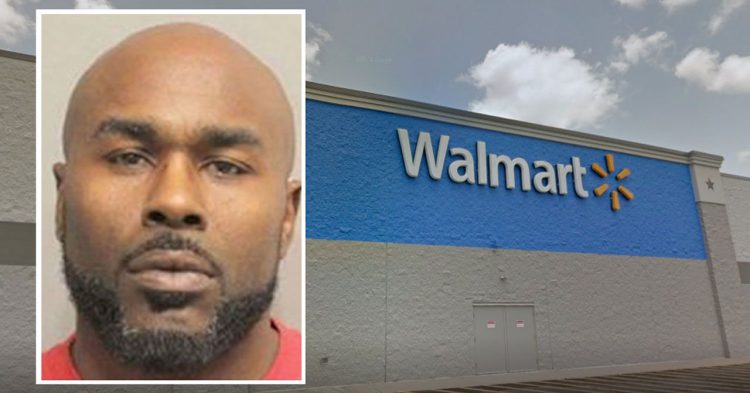 Not everyone wants a warm welcome. Some people just want to be left alone. But when an elderly Walmart greeter welcomed the wrong person to Walmart, the customer didn’t just tell the old man off, the customer punched him in the face. Now the senior citizen is afraid to go to work because he fears that more customers will lash out at him as he simply tries to welcome them to the biggest store in America.

“He punched on my face with a closed right hand,” 72-year-old Mohinder Singh Randhawa said. He was simply “doing his duty,” which Walmart had hired him to do, but now he fears that the massive retailer is using him as a meat shield to weed out the violent customers from the more complacent ones.

After the customer bombarded Randhawa, he was knocked down and “fell down on the ground.” The alleged assault occurred at the Walmart location in Cypress, Texas. The old man never saw the attack coming, claiming that he had asked to see the customer’s receipt and got a right hook to the face instead.

While he was reviewing the customer’s receipt, which is part of his job description, as these “friendly” greeters and senior citizens are also supposed to work as loss prevention personnel, he noticed something amiss.

“I noticed that there was a case of Gatorade that had not been paid for,” the 72-year-old employee said.

Because Randhawa had worked for Walmart for the last 15 years, he understood that it might not have been a theft. Cashiers do not always do their job perfectly, and the case of sugar drink might have simply been missed. If that was the case, he simply wanted to alert the customer, so they were given the opportunity to do the ethical thing and pay for the case of drinks at the counter.

“I told him if you want, you can scan and take it,” he said. He claimed that he never accused the suspect, 42-year-old Craig Valentine, as being a thief, which is apparent on the security footage.

However, Valentine, who did not like being told about the stolen product by an older man, he grew upset and used his fists instead of his words. Valentine was caught on camera punching the senior citizen so hard that he knocked him to the ground and caused him to blackout.

“My left upper lip was broken from here, blood started out, and inside also there was a cut about a half an inch,” Randhawa later said.

After the assault occurred, Harris County Constable, Precinct 4, deputies arrived on the scene to investigate the attack at the Cypress Walmart.

“Once he confronted him, the suspect struck him in the face with a closed fist, causing him to fall to the ground,” the release said. “The suspect then fled the scene.”

Three days after the attack, Valentine placed a call to the Walmart location and admitted that he was the one who assaulted the elderly greeter. He was taken into custody.

Although Valentine will face justice, he has traumatized the old man.

“Yes, I’m scared to work that position because it never happened to me,” the 72-year-old said.